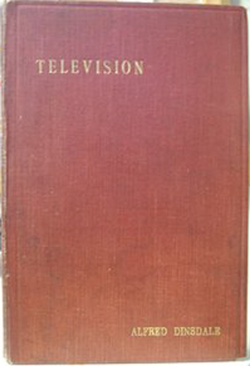 THE earliest book on television — signed by Helensburgh TV inventor John Logie Baird — sold for £1,400 at the Books, Maps, Manuscripts and Historical Photographs Sale at Bonhams in New Bond Street, London, on November 23 2010.

The book, entitled Television, was donated anonymously to the Oxfam charity shop in Morningside, Edinburgh, and dates back to 1926. Staff did not realise its significance until one flicked through it some time after it was received.

Experts at Bonhams said that it is unclear how the book came to be signed, but the location of the signature, on the blank half-title, suggested that it was his own personal copy. They thought it might fetch up to £1,000, and were surprised when it was bought by an unnamed British bidder for £1,400 which will go to Oxfam.

The non-fiction book gives a brief history of TV up to 1926. It ends with a detailed explanation of Baird's work, including an account of the first public demonstration of moving silhouettes he gave at Selfridges in March 1925.

Oxfam manager Andy Crosby said: "It was one of those moments where I had to check that my eyes weren't playing tricks. We thought at first it was just a regular sort of signed copy but, when we took the book to Bonhams, they said it was more likely to have belonged to Baird himself because of the location of the inscription, so that makes it a pretty special donation.

"I don't know whether the person who brought in this book was aware that there was a signature inside it (left), but I'd like to say a really big thank you to them for donating it to Oxfam.

"It was a stroke of luck that someone handed in this book and it turned out to be so valuable. I wish we knew who it was."