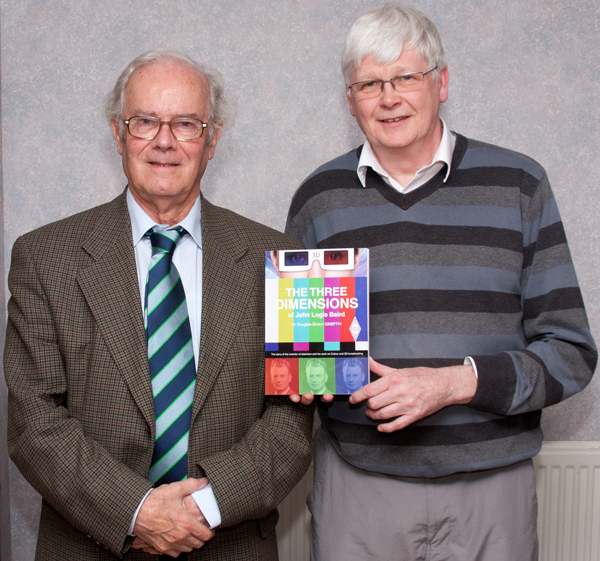 Book review by Malcolm Baird of 'The three dimensions of John Logie Baird' by Douglas Brown, published by the Radio Society of Great Britain.

John Logie Baird died in 1946, but television historians are still divided about his contributions.

In some quarters he is stereotyped as a minor figure who only worked on mechanical television and contributed nothing to modern technology.

This view is widely held in the USA and for a while it was put forward in the UK by retired engineers from EMI, who felt that their role in developing electronic television had been neglected.

In 1966 the EMI retirees appeared in a BBC documentary which portentously concluded that Baird did not invent modern television. Since then, the mechanical stereotype of Baird has gradually been dispelled by careful research on his achievements in electronic television.

This research has been published in many articles and books, and it was featured in a BBC documentary in 2002 ('JLB — the man who saw the future', available on YouTube). Prominent among the recent books is Dr Douglas Brown's 'Images Across Space – the electronic imaging of Baird Television'.

This new book is a sequel to 'Images Across Space'. Dr Brown, who took early retirement from the University of Strathclyde last June, is an expert on a form of 3D television known as volumetric imaging (VI). This creates a moving image in three dimensional space, as opposed to a two-dimensional screen.

The volumetric image can be viewed from any angle without the need for special glasses. Dr Brown is the inventor of both a UK and US patented system in this area and took part in a multi-million dollar collaborative project on 3D imaging, involving the University of Strathclyde, Glasgow School of Art and a major American car company.

It was during research for his M.Phil. thesis on 'The contributions of John Logie Baird to Television and Related Technologies' in 1994, that Dr Brown first became aware that J.L.Baird was the initiator of the VI concept.

Dr Brown's latest book goes into a lot of technical detail on Baird's colour television. His first patent in this area was applied for in 1925 based on the mechanical system. His last colour patent, demonstrated in 1944, was the Telechrome, the first colour cathode ray tube in the world.

The book also covers the development of 3D, from the early systems which relied on special glasses worn by the viewer, to VI. Baird's first VI patent (1931) used mechanical scanning but a much more advanced one, taken out in 1943-44, used cathode ray tubes.

The technical material includes coloured diagrams and lucid explanations which make it understandable to anyone with a good basic knowledge of physics and optics.

A jaded reader may say "this is all very well, but so what?" That question is capably answered by Dr Brown who has traced the impact of Baird's patents on later technology, down to the present day.

The chronologies are clearly set out for colour television in Figures 7.14(a,b,c) and for VI on pages 145-147. VI has yet to be introduced to the consumer and it is hoped that when this eventually happens, Baird's achievements of seventy years ago will not be forgotten. 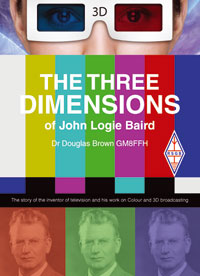 Let me close this short review on a personal note. Early in 1941 my father suffered a heart attack and his health was precarious for the last five years of his life. I remember him visiting us in Cornwall as a frail, tired figure in need of rest and fresh air.

Photographs from this time show that on some occasions he was so thin as to be almost emaciated, but at other times he was overweight.

His financial health, as well as his physical health, was deteriorating. At the start of the war, his personal savings were £15,000, but by 1944 his bank balance had fallen to ₤4400. He told my mother that it was like "watching myself bleed to death".

Hindsight suggests that it would have been safer for my father to have conserved his health and his money by waiting out the war years in a quiet residential hotel. A best-selling American television history book ("Tube", 1996, p.251) has described my father's last years in just this way!

This glaring inaccuracy shows that we cannot believe everything that we see in print about John Logie Baird. However, Douglas Brown's latest book helps to set the record straight.