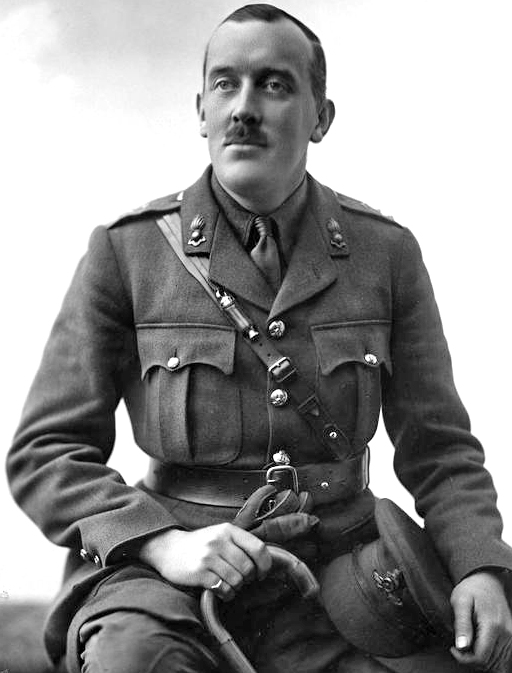 A CARDROSS army officer with a shipbuilding background died instantly when he was hit by a shell on the Belgian Western Front in during World War One.

Captain William Beardmore Stewart, of Auchenfroe in the village, was killed in action on May 24 1917 at the age of 33, and is buried at Reninghelst New Military Cemetery near Ypres.

Born on April 4 1884 in Glasgow, he was the younger son of Duncan Stewart, an engineer, and Maria, née Beardmore, and the nephew of naval shipbuilder Sir William Beardmore.

He was educated at Eastbourne College where he was in School House and then a Home Boarder from 1896 to 1897. Afterwards he was a pupil at Kelvinside Academy in Glasgow.

He began an apprenticeship in shipbuilding and engineering at the Messrs William Beardmore & Co. yard at Govan, formerly owned by Shandon man Robert Napier and his sons.

He then moved to the new Beardmore works at Dalmuir and was closely associated with its development.

In a tribute after his death, the Helensburgh and Gareloch Times reported: “He played a leading part in the carrying on of the work, which owes a great deal of its extension and success to his efforts.”

In July 1915 he joined the Royal Field Artillery, and was posted to France in August the following year.

In due course he became a Captain in the Royal Field Artillery ‘D’ Howitzer Battery, 107th Brigade.

The local paper stated that the news of his death at the front caused widespread regret in Dunbartonshire and amongst the Beardmore staff and employees, particularly at Dalmuir, whose welfare he took a great interest in.

“He brought the same qualities to bear on his work at the front as on the work he carried on at home, and recently he was mentioned in despatches,” the tribute stated.

The letter read: “Your son was killed by a shell at about 8 o'clock yesterday evening. His battery was being shelled and he was hit by a piece of shell and died at once.

“He was doing glorious work at the time, encouraging and looking after his men, and he died the best death of all.

“You must make it some comfort to know that he died doing his duty to his utmost, and that he has joined the glorious band of those who have fallen for their country.

“It is only three weeks since I transferred him from the trench mortar to a captaincy in a battery, and it is cruel fate that he should be hit now after coming through those hard five months.

“The Army has lost a fine officer. I have lost an officer whose services were invaluable to me, and, in addition, have lost a friend whom I shall never forget.

“As a soldier I can repeat only what I told you, he was one of those who always did his best, and his best was indeed worth having.

“I shall attend his funeral this afternoon. He will be buried in a small village near here. I cannot write the name in this letter, but will tell you later.

“All my sympathy goes out to you.”

He is commemorated on the Cardross war memorial in the Main Street, and on the Eastborne College and Kelvinside Academy memorials.

His father, who died when he was 20, ran Duncan Stewart & Co Ltd, sugar machinery manufacturers in Anderston and later Bridgeton where he had a workforce of 80.

Duncan introduced the use of hydraulic pressure cylinders to sugar cane mills, for which he was granted a patent in 1871. Eight years later he married Maria Beardmore.

In the 1880s and 90s, the firm developed new markets for sugar machinery in Java, Australia, Egypt and Japan, as well as in the Caribbean, including Guyana.

Financial difficulties and Duncan’s ill-health at the beginning of the 20th century saw the liquidation of the firm, and the establishment of a new company, Duncan Stewart & Co (1902) Ltd, incorporated, with William Beardmore Jnr, later Lord Invernairn — who met many of the old company’s debts— as chairman.

After his death in 1936 the firm was sold to a machinery manufacturer in Sheffield.