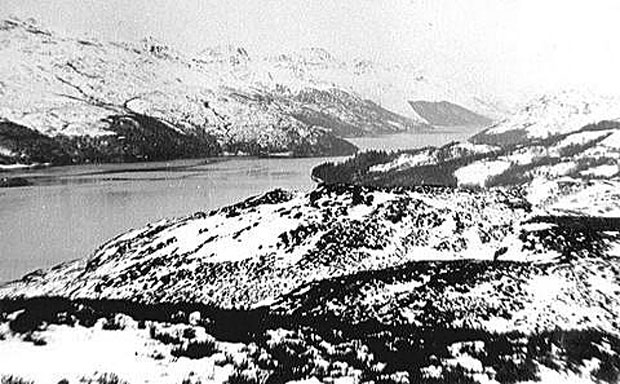 This meant that test flights were often postponed or delayed, and schedules were missed.

Never before published anecdotes provided by Flying Officer Ian Maclachan told with humour of the locations and the people who served at the Marine Aircraft Experimental Establishment.

He recalled: “The move of MAEE from Felixstowe to Helensburgh required a flying boat base to be set up from scratch. Initially some flying boats needed to be based at Stranraer.

“RAF Helensburgh was a wing of Coastal Command No 18 Group before the Ministry of Aircraft Production took over this role.

“Group Captain E.J.P.Burling and subsequent commanding officers, then reported to the Ministry, but it was while No 18 Group was still involved that one amusing incident arose.

“Flight Lieutenant Allen received notice from Group 18 at Pitreavie Castle, near Dunfermline, that a large delivery of salt was on its way by road to spread on the runways at RAF Helensburgh.

“Allen was bemused as RAF Helensburgh was a flying boat base and used the Gareloch as a runway. Its land planes were based miles away at Prestwick.

“But he accepted delivery and stored the mountain of salt at Shorelands, Rhu, the WAAF quarters, where it became a nuisance.

“So he arranged for most of the salt to be dumped in the Gareloch and completed the paper work to state that it had been used. Some salt was actually used for roads and hard standing at the camp.”

‘Civvies’ — civilian members of the establishment — reported to the commanding officer but were employed by the Ministry, which requisitioned properties for them as accommodation.

The Royal Northern Yacht Club at Rhu, with its extensive grounds, became the officers mess. It was generally known that Burling recommended this as he was a keen sailor who previously sailed in the Gareloch.

Rosslea House, adjacent to the yacht club, was the administration HQ. Ardenconnel, a large holiday home, was used as RAF accommodation. Inchallod Hotel also housed airmen. The Woodstone Hotel and Shorelands, a mansion, served the needs of the WAAFs.

MAEE had a large store built on Pier Road with the use of extensive grounds near Rhu Pier. Here stood a range of wooden huts including the armoury, forge, and parachute packing hut.

East of the pier, near the Ardencaple Hotel, two large flying boat hangars were erected.

Flying Officer Maclachan said: “One peculiarity was that the plush furnishings and contents of the Royal Northern Yacht Club were enjoyed by the RAF officers, including the sailing facilities. The club’s servants and gardeners were retained.

“There was a similar situation at other houses taken over by MAEE depending on what facilities existed there, although some were basic.

“When I was at Helensburgh a new commanding officer joined us. He was Group Captain Sidney Webster, the Schneider Trophy-winning pilot, an active and forceful CO.

“Then there was Flight Lieutenant Sutherland, who was aged about 60, an ex-soldier with a chest-full of medals. His role at Helensburgh was Adjutant.

“Flight Lieutenant G.Sellars came from a well-known Yorkshire family. His brother became captain of Yorkshire Cricket Club and was Cricketer of the Year 1940. Sellars was the Accountant Officer.

“The principal pilot was Flight Lieutenant, later Squadron Leader, H.Hobley AFC. There were usually about six other test pilots, including Flight Lieutenant  S.G.Sismey, who played test cricket for Australia.

“Ministry of Aircraft Production staff were strongly represented — some wore RAF uniform but most wore civvies, tweed jackets being popular with the scientists. The principal MAP scientific officer during my time was R.H.Francis.”

Other names he remembered were Messrs R.A.Shaw and James Hamilton, a young scientist who had only recently gained a degree at university.

Initially, most of the flying boats were Sunderlands and Saro Lerwicks, followed by Catalinas and Walruses. There were a few obsolete floatplanes and later American-built Consolidated Corando and Martin Mariners.

Scottish Aviation looked after the MAEE’s aircraft at Prestwick. R.A.Shaw, a Ministry of Aircraft Production employee, was responsible for the water tank testing facilities brought up from Felixstowe and the large indoor water testing complex at Glen Fruin.

Vincent Drake, head of the marine section, carried out experiments in the Gareloch with rubber boats and was the only survivor after a Sunderland overturned while landing at night.

Attached to RAF Helensburgh and in charge at Prestwick was Flight Lieutenant A.S.Carswell, its chief test pilot. A popular man, he was killed carrying out trials in a Wellington bomber in 1945.

Commanding Officer Webster was an excellent officer, said Flying Officer Maclachan, but he did not know much about what music would entertain the ranks.

For a visit by the Griller String Quartet, high class chamber music musicians, the CO made it a compulsory parade, so everyone had to attend a performance.

Included in one audience were Canadian airmen, not the most amenable to discipline. They began to stamp their feet after half an hour of Mozart, Haydn and Bach. Webster was not impressed, but he had to allow those who wanted to leave the hall during the quartet’s performance.

Another vivid memory for Flying Officer Maclachan was a fire at Ardenconnel.

He recalled: “We had an airman who was largely unemployed. Sergeant Warrant Officer Mackay decided that this airman should be put in charge of the issue of toilet paper throughout the station.

“The offending airman explained that he had found an unused cupboard in the NAAFI to store his toilet paper. He was told to remove the paper. His next move was to build a shed at Ardenconnel with driftwood from the Gareloch to store it. Then it rained and the paper got wet.

“Undeterred, he found a can of petrol can and used a portable stove to dry the paper. During his absence the shed collapsed and the whole affair, paper and all, went up in flames.

“There was a fire alert, but when the emergency team arrived the fire in the grounds had been put out. The culprit was lurking among charred toilet paper!

“A more serious fire occurred in the armament hut. One airman decided that he would obtain the silk parachute from a parachute flare for his girl-friend to make a night dress, or blouse. He hit the flare with a hammer but nothing happened. He then went off to find a more suitable tool. During this time the flare exploded and the hut went up in flames.

“The MAEE fire team and Helensburgh Fire Brigade both battled to put out the blaze — as ammunition exploded all around.”

Snow and frost caused problems well into the New Year until Spring. January 1942 was exceptionally cold, according to the Meteorological Office.

Flying in a Catalina on Saturday January 31 1942, MAEE photographer Bob Bird wrote in his diary “Flying 20,000 feet. God is it cold! Lack of oxygen. I get frost bite in fingers. Pilot’s eyes affected.  35 degrees below. Pilot forced to crash land.”

On March 5 and 6 1942, Bob wrote that it was snowing hard and flying was abandoned.

H.G.White went up in the scaled down Scion flying boat — used to test hull design for Sunderlands — on March 15, 1944. The Scion crashed into the Gareloch shortly after take-off from Rhu.

Frost on the wings was blamed. The pilot and a second passenger, Mr Hamilton, survived but Mr White was killed.

A Court of Inquiry ruled that the accident was due to the seaplane not having been de-iced properly before the flight. But this was denied by aircraftman Len Townsend who de-iced the aircraft and had it signed off by the pilot.

Flying Officer Maclachan had a new commanding officer when CO Webster was posted in 1944 to become an Air Commodore. He was succeeded by Group Captain W.G.Abrahams, previously CO at Gibraltar.

Abrahams was a popular commanding officer and remained in command until MAEE returned to Felixstowe at the end of the war.

Flying Officer Maclachan concluded: “RAF Helensburgh was generally comfortable station to be based, but cold during the winter. It was not a convenient place to reach for visitors.

“Some of the staff who had been transferred from Felixstowe said they were home sick. But they left Helensburgh thinking there could have been worse places to have spent the war.”

Drake was in the MAEE’s team that won the Ministry of Supply Rifle Association Championship 1951/52, having become a crack shot after being in charge of wartime Home Guard rifle practice at Helensburgh.

During the war RAF Helensburgh conducted trials to stop aircraft icing up and to make long distance flights more bearable for aircrew, testing such things as electric cookers and heated clothing. 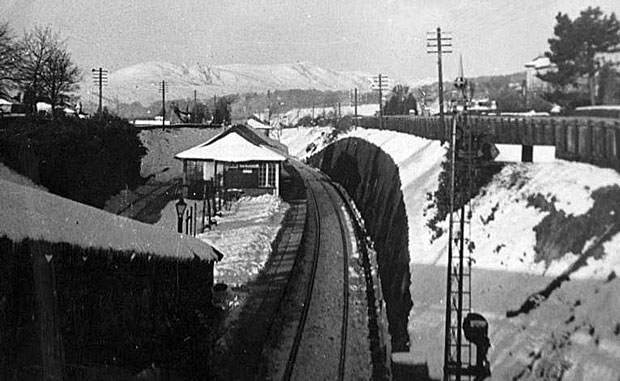