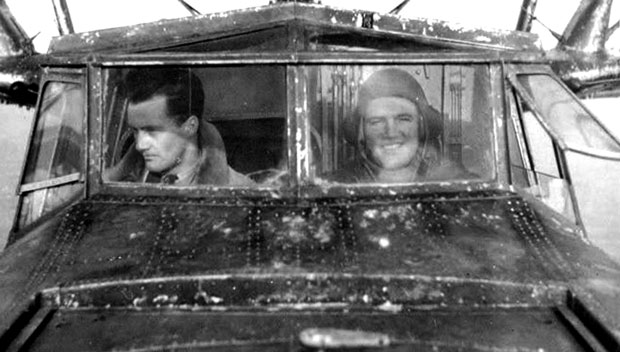 THE GARELOCH was the starting point for one of the most important top-secret missions of World War Two. 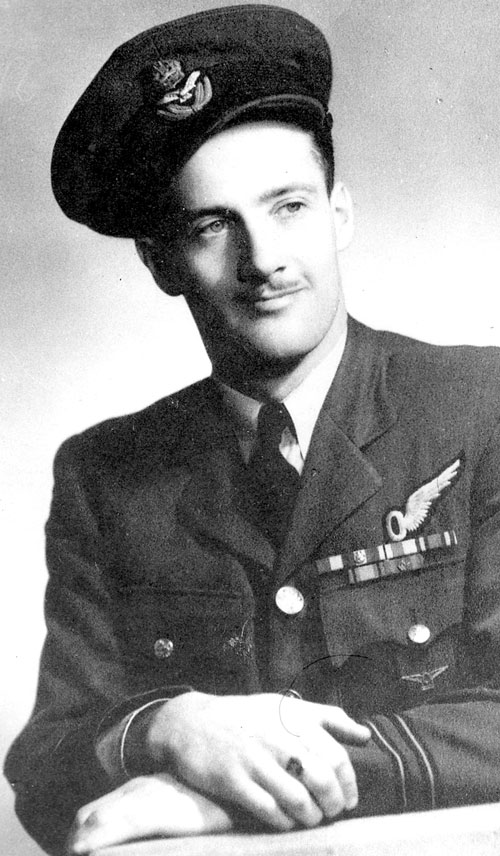 The mission from RAF Helensburgh, home of the Marine Aircraft Experimental Establishment, ultimately influenced the defeat of Nazi Germany.

Aboard was Britain’s ambassador to Russia, Sir Stafford Cripps, and his journey was to see Stalin.

This was to broker a meeting that would result in Russia and Britain becoming allies following the German invasion of Russia.

The mission from Rhu was a mammoth one. The Catalina was stripped of weight for the perilous flight, including radar.

An added challenge for navigator Iverach was mapping the route to avoid as many hazards as possible.

His skipper, also handpicked, was Flying Officer Bill Bradshaw of 240 Squadron, Lough Erne, and it was their first flight together in Catalina W8427.

None of the Catalina crew knew what their mission was until they reported to RAF Helensburgh. They had just been told to take personal luggage bags for an absence of two weeks.

Iverach (pictured below right on the far right holding coat coming ashore at Rhu Hangars from a ‘Helensburgh Heinkel’) was given charts that revealed their destination, Russia via the Arctic Circle. Their VIP passengers included Sir Stafford Cripps, British Ambassador to Moscow, Bosworth Monck of the British Embassy staff, and Philip Jordan, of the London News Chronicle.

He was to be the first foreign correspondent to go to Russia to report on the German invasion. 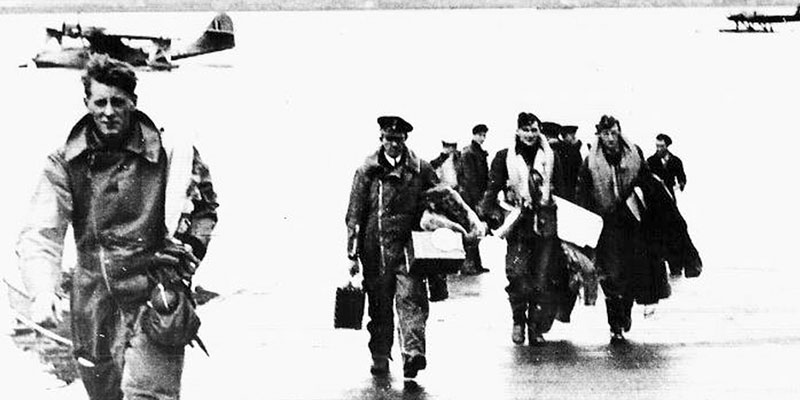 According to Iverach’s autobiography, they left on July 4 1941, at 10.50pm. For 20 hours they had not the foggiest idea exactly where they were.

The Catalina reached the Lofton islands, off Norway, where weather continued to make it difficult for the pilot and navigator to get bearings.

The sextant was useless because of the lack of sun, or stars at night, because of continuous daylight.

They were under strict orders to keep radio silence during a mission too important to abort, but they pressed on for their destination, Archangel, on the south end of the White Sea.

The weather worsened and there was a danger of flying to Siberia by mistake. A frontal storm nearly flipped the aircraft over. Then a ‘miracle’ occurred — the weather cleared. They were still on course for Archangel.

W8427 landed on the River Dvina. The diplomats were picked up by a motor launch and flown to Moscow by Russian transport aircraft.

The remaining Royal Navy personnel on the Catalina were flown to Murmansk to make arrangements for the arrival of British convoys.

The Germans were only about 30 miles away from the strategically important seaport of Murmansk. A ‘dog fight’ raged above, but the Catalina evaded enemy aircraft to land safely. An exhausted crew stayed in Murmansk for a spot of rest and to check the Catalina.

Back at Archangel, Iverach and his colleagues remained aboard the yacht Krasyyapachnia awaiting further orders.

The passengers for the return flight to Scotland included Stalin’s right hand general, Philip Golikov, who ranked among the top 10 generals in the world.

The return flight on July 18 1941 was eventful. Three Russian fighters escorted the Catalina for a while to deter German fighters.

Over the White Sea the Catalina’s starboard engine started to misfire, and the decision was made to fly back to Archangel.

On the way a Russian fighter dived on the Catalina, clipping its aerial and damaging the aircraft.

The Catalina landed near to the base from where the attacking fighter had taken off. A furious General Golikov found the offending fighter, whose aircraft had a damaged port wing — and he reportedly ordered its pilot to be shot!

The Catalina was repaired but returned again shortly with misfiring spark plugs.

The engines were fitted with special Stromberg carburetors for the Arctic conditions, and the crew was under strict orders not to meddle with them.

London was contacted. In view of the high priority mission back home, a specialist Stromberg mechanic was flown out to fix the problem.

The following day, July 30 1941, W8427 took off from Archangel with the Red Army general aboard, plus a mysterious newcomer, who only gave his name as Mr Berthoud.

In reality, he worked for Air Ministry Intelligence and had important information from Moscow for Prime Minister Winston Churchill in London.

Because of bad weather, the Catalina did not land at RAF Helensburgh, but completed the secret mission at Oban. 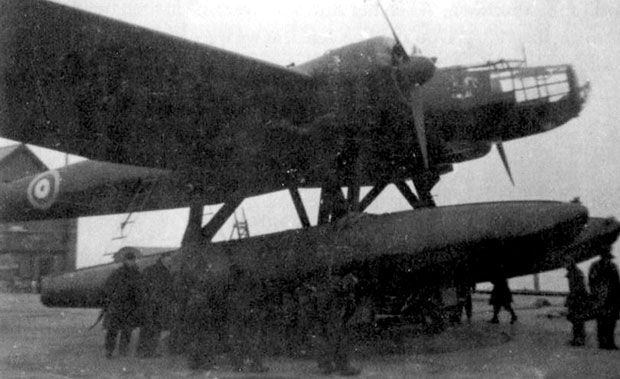 How the Heinkel 115 floatplanes escaped from Norway and what happened to them after landing at Helensburgh is fascinating.

Iverach navigated one, He 115, after it was handed over by the Norwegians to the RAF for clandestine operations.

Various modifications were made to this aircraft and the RAF serial number BV184 allocated.

Returning after one clandestine flight in the Heinkel, Iverach said they made a shaky landing at Calshot. “The underside previously painted midnight black was now a silver colour and full of pin holes caused by flak,” he said.

On another occasion the returning Heinkel was mistaken as a Luftwaffe aircraft and attacked by Spitfires belonging to the Polish No.303 Squadron. It survived this ordeal, only to be destroyed while refueling.

Two other ‘Helensburgh Heinkels’ saw action while based at Malta, but that is another story.