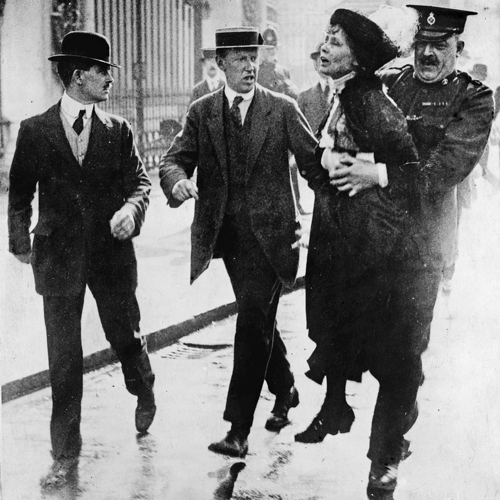 WHENEVER the topic of the Suffragettes crops up, one person’s name immediately springs to mind — Mrs Emmeline Pankhurst.

As the campaign for votes for women reached fever pitch in the years leading up to the First World War, the militant actions of Mrs Pankhurst and the Suffragettes were headline news up and down the country.

Yet with her services in huge demand, this major historical figure not only found time to include Helensburgh on her campaign trail, but even planned further visits to the town.

Her youngest daughter, Adela, also an activist, addressed a number of meetings in the town and district.

Born in Manchester in 1858 as Emmeline Goulden, the daughter of radical middle-class parents, she was encouraged from an early age to take a keen interest in social questions.

Her education was conventional for someone from a fairly affluent family.

She spent some time at a school in Paris, where she had for a room-mate the daughter of Henri Rochefort, a controversial French politician.

Possibly she had a fairly sheltered upbringing, but certainly later on, as a Poor Law Guardian, she was shocked by the harsh treatment meted out to workhouse inmates.

Emmeline grew up to be a strikingly attractive young lady and was described as “the beautiful Miss Goulden, the prettiest of three pretty sisters”.

Much later, at the time of a planned visit to the town in 1911, she clearly impressed a journalist writing in the Helensburgh and Gareloch Times.

He said: “Her eyes are blue and dreamy, but can light up with rebellious fire at the tale of injustice and oppression.

“Her firm and wide jaw and sweet mouth have curves which tell of the indomitable resolution, the iron will, and the absolute incapacity to admit defeat, the qualities which are the groundwork of her character.”

In 1879, just out of her teens, Emmeline married Dr Richard Pankhurst, a middle-aged radical Manchester lawyer.

Dr Pankhurst had previously studiously avoided marriage in case it compromised his main mission in life, which was female emancipation.

He was a key player in the history of rights for women, and is credited with being the author of the Married Women’s Property Acts of 1870 and 1882, which allowed women to keep property acquired before or after marriage.

Emmeline was distraught when he died of a perforated ulcer after less than ten years of marriage. They did however have a number of children, including three daughters.

Emmeline was actively involved with female suffrage from her early years, but while the subject had been topical through the late 19th and into the early 20th century, the media began to lose interest as time went on.

In 1903, to combat this, Mrs Pankhurst and her three daughters formed a new body, the Women’s Social and Political Union, and this did succeed in bringing the issue back into focus.

From 1905, when members began to employ militant tactics, the name ‘Suffragette’ became a household word.

In Helensburgh and district, meetings on the question of votes for women began to proliferate, especially from 1906, and mostly very much in favour.

In January 1906 Garelochhead Young Men’s Mutual Improvement Association, which was open to lady members and which was almost a local parliament, debated votes for women.

The result was a substantial majority in favour.

The first visit of a Pankhurst to Helensburgh came in 1909 when Miss Adela Pankhurst, the youngest daughter of Emmeline, arrived.

Adela was a remarkable person in her own right. A weak and sickly child, she had not been expected to live, but survived and grew up to be a fully-committed advocate of female suffrage.

She was imprisoned several times for militant behaviour, but as a hunger-striker was released as she was considered to be an unfit person for force-feeding.

Under the auspices of the WSPU, Adela addressed a crowded meeting at the Gibson Hall, Garelochhead, on Friday July 23 1909, and then moved on to an outdoor meeting on the burgh’s West Esplanade, beside the Henry Bell obelisk on Thursday July 29.

A reporter from the Helensburgh and Gareloch Times wrote: “Miss Pankhurst is a speaker of quite exceptional gifts, and presents her case for the enfranchisement of women with great eloquence and power.

“So eager were many men to see and hear her that many clambered up on to the railings, and had to be forcibly removed by police.

“The evening meeting was held in the Masonic Temple, when many of the audience had to be content with standing room, and others could not get in through the door. The proceedings throughout were most orderly.”

The visit to Helensburgh by Mrs Pankhurst herself took place on Wednesday April 27 1910, when she addressed a crowded meeting at the Victoria Hall, again was under the auspices of the WSPU.

Mrs Pankhurst said that she was not there to apologise for, nor to excuse, the militant tactics which the Suffrage Movement had employed.

Applause greeted her statement that they had justified themselves by their success.

She referred not only to female suffrage, but in the wider context of justice for women pointed out the wide discrepancy in pay for equal work by men and women in Government departments.

She ended by stating that militant tactics had been suspended in the wake of the recent General Election, and with the return of a new Government they had to be given a chance to address the matter.

There was only one question from the floor, when someone asked about hunger strikes, to which Mrs Pankhurst replied that forcible feeding was the most horrible thing women had undergone.

Not everyone in Helensburgh was happy about the Suffragettes and their tactics. At the time of Mrs Pankhurst’s visit, several letters appeared in the local paper signed by an A.Milne.

The author referred to being a Council delegate to a recent meeting of the British Women’s Temperance Alliance in Aberdeen, so presumably was female.

She claimed that a gathering of up to 400 delegates was unanimous in agreeing that the militant tactics used by the Suffragettes were misplaced, and had made the campaign for female suffrage a matter for ridicule.

In another letter, the same writer mentioned “the enormous damage these militant methods have done, and the amount of bitterness they have brought to the matter”, and also contributed a poem, entitled “Ma Can’t Vote”.

Another visit to Helensburgh by Mrs Pankhurst was scheduled for the evening of Friday August 18 1911 at the Victoria Hall, but this had to be cancelled, as she was unable to attend.

She gave a presentation in Largs the evening before, but rail travel problems prevented her coming to Helensburgh.

That she was visiting smaller towns on her campaign trail might suggest an exhausting itinerary, but she was living a nomadic lifestyle and was constantly on the move.

However a correspondent to the local paper deplored the fact that this had been the second occasion on which Mrs Pankhurst had let down her friends and supporters in the town.

One reason the Pankhurst family paid so much attention to Helensburgh might have been because they had good friends and contacts in the local community. 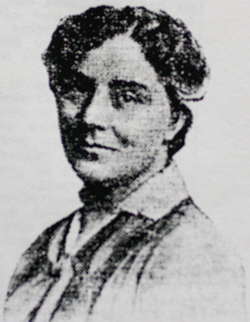 Miss Eunice Murray, a member of a well-known Cardross family, was a supporter and presided over a Suffragette meeting at the Victoria Hall in January 1909.

On that occasion, the speakers were Mrs Matters from Australia, and Mrs Billington-Greig, and Mrs Matters told how she had chained herself to a grille at the House of Commons.

Cove and Kilcreggan had supporters of female suffrage too, and a meeting took place in Cove Burgh Hall in September 1910.

The large hall was packed, with men and women in equal numbers. The speaker was Miss Wylie, with Miss Underwood presiding.

It was reported that Miss Wylie was cordially received and was given an attentive hearing, with a number of questions put and answered.

The Suffragettes suspended their militant actions on the outbreak of World War One in 1914, on the grounds that the defeat of Germany was the greater priority.

After the war in 1918, two Acts of Parliament gave women the right to vote, although initially with an age bar of 30 years and to be elected to Parliament as an MP.

In later life, Mrs Pankhurst turned more to the political right, and she died in 1928. Her daughter Adela moved to Australia in 1914.

Helensburgh grocery manager and keen amateur photographer Robert Thorburn took a picture of Mrs Pankhurst speaking in Helensburgh. He also incorporated a photo of Adela Pankhurst on the seafront as part of a talk he gave in 1910 entitled "Rambles in and Around Helensburgh", which featured 170 pictures.

However the photographer’s grandson, Sandy Thorburn, who lives in Carlisle, has looked through a large collection of Robert’s photos and has been unable to find either of these pictures. Similarly a good picture of Eunice Murray has not been found.