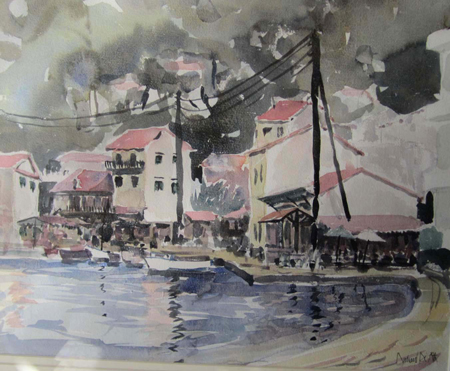 EACH year Helensburgh Library succeeds in dispelling winter blues with another colourful exhibition of works from the Anderson Trust Local Collection — and the latest has just opened.

The entire collection now numbers over 90 works of local interest and each exhibition is designed to focus on a different theme, often determined by subject matter. This time the selection has been made by date, and concentrates on works created within the last 50 years.

Many of these were among the paintings in the personal collection of Annie Templeton Anderson, which she bequeathed to Helensburgh on her death in 1980.

This worthy benefactor, known to her friends as Nance, was a lady of formidable intellect and wide-ranging interests, especially in the arts. Music, painting, theatre, photography were all areas in which she became involved and with which she contributed generously to the life of the community in her life time and, with her gifts and bequests, for generations afterwards. 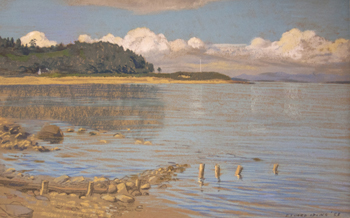 In the selection of paintings currently on view in the Library in West King Street, there is a fine oil of Rhu Point by Sir Harry Jefferson Barnes, who lived in Helensburgh for many years, and several works by well-known local artists, Gregor Ian Smith and Ailsa Tanner, who, at the time when Nance Anderson was collecting their work, would have been young, relatively unrecognised artist friends of hers.

In the 32 years since her death, Nance Anderson’s bequest, managed as a charitable Trust, has benefited from the addition, either by donation or purchase, of a further 60 works, many of which are in this exhibition.

Three works were donated to the Trust within the last year. Their subject appears far removed from Helensburgh but the artists had strong local connections. 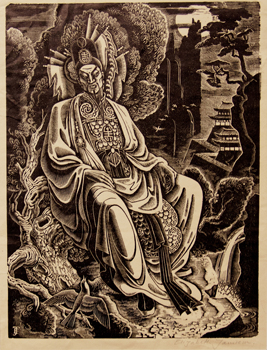 Richard De’ath, a partner in the Glasgow architectural practice for which Charles Rennie Mackintosh had once worked, lived most of his working life in Helensburgh.

He became an accomplished water-colourist and painted mainly while on holiday in Europe. His painting 'Logos, Paxos' was donated to the Trust by his family, and brings a welcome Mediterranean warmth to the Library at this time.

Also donated to the Trust by their family were two works by Ted and Elizabeth Odling who lived in Helensburgh while teaching at Glasgow School of Art. On Ted’s retirement in 1982 they moved to the Isle of Lismore and were able to devote more time to their own artistic and musical pursuits.

The engraving by Elizabeth Odling is signed Elizabeth Jamieson and is a masterly piece of work for a young postgraduate student of the Royal College of Art. Ted Odling is represented in the Collection with a more local scene — a fine pastel landscape entitled “ Sannox Bay, Arran”.

In all there 43 works are on show in the Gallery of Helensburgh Library from now until June, and can be seen at any time during normal Library opening hours.