HELENSBURGH had a military hospital in Hermitage Park during World War One.

Hermitage House and its grounds, now Hermitage Park and the War Memorial, originally were adjacent to the Malig Mill, at the rear of the Victoria Hall, and the Mill’s Lade, a lake where Hermitage Bowling Club now stands. In the Great War the house became an Auxiliary Military Hospital.

It is not known when the house was built, but by 1879 it was occupied by photographer John Cramb, who came to the town from Glasgow in 1868 and had been renamed The Hermitage. 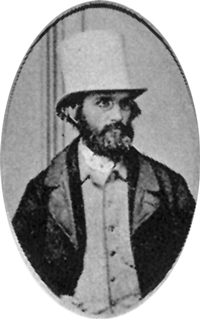 For 20 years John Cramb was a member of the Parochial Board and the Police Commission, and under his supervision the Ballevoulin water scheme was introduced to the burgh and a local hospital was built and equipped.

He was also a member of the first School Board of the Parish of Row, and very interested in education. Now describing himself as a property agent, he sold part of the grounds for the building of Hermitage School.

He also sold ground for the building of Prince Albert Terrace in Victoria Road.

According to the Helensburgh Heritage Trust book ‘200 Years of Helensburgh’, the story goes that his young sister Susannah was being courted by a young man from the now-demolished mansion Lansdowne House across the road.

He is supposed to have jilted her and consequently Prince Albert Terrace was built facing north as an act of revenge, as this meant that Lansdowne was overlooked and its inhabitants lost both their privacy and their view over the Clyde.

John died in 1894 at the age of 69, and when the last of her six brothers died in 1900, Susannah gave more ground to Hermitage School for a playing field which was named Cramb Park.

She died in 1911, and Hermitage House and its remaining grounds were sold for £3,750 to the Town Council who planned to create a public park.

During World War One the house became a military hospital with a capacity for 58 patients who were sent from Stobhall Hospital in Glasgow. 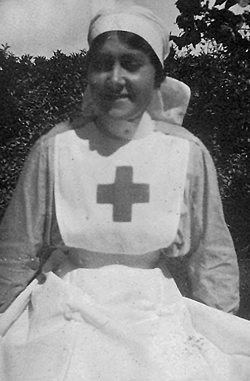 The wounded men in their blue uniforms were a familiar sight in the town, being wheeled around the park by their nurses. A number of local ladies and girls helped out in the hospital and the local Red Cross detachment also assisted the trained nurses.

Many local girls met their future husbands among the wounded ‘tommies’, and patients were taken on outings in a horse-drawn carriage from Waldie & Co. in Sinclair Street.

The hospital grounds, a conservatory and a stable were also made available by the Town Council to the Dunbartonshire Herb Growing Association for the cultivation and drying of medicinal herbs, such as chamomile and deadly nightshade, and St Bride’s School girls worked on the plot.

She recalled later: “I did mostly cooking, and that was where I learnt to cook.

“A hut placed in the grounds in the war years was put to good use. It was used as a crèche for working wives to leave their children, a bit like a child welfare unit.

“It was run like a day nursery, and I believe was very advanced and a great boon for the mothers.

“I also used to go there to help, and weighed the babies and poured tea for the mothers.”

The Town Council decided in 1918 to build a war memorial, and Whitelaw Hamilton suggested the walled garden at the rear of the house.

The much-praised memorial and garden was designed by local architect Alexander Nisbet Paterson and was completed in 1922. Now, however, the walled garden is on the Scottish Buildings at Risk Register because of lack of maintenance.

From 1918 the house served as an annex for Hermitage School until new buildings were completed in 1926, and it then became a council parks department workshop and store.

It was demolished in 1963, and the park gazebo shelter now stands on the site.

Violet Hunter, nee Connell, worked there as an auxiliary nurse after the war with her sister Muriel Connell, who also drove a military ambulance in the Second World War.

Mrs Hunter (second on the left in the back row in the picture below) died in 1938 aged 42, but Muriel Connell, known as Moonie, continued to live in Helensburgh until her death in 1982.