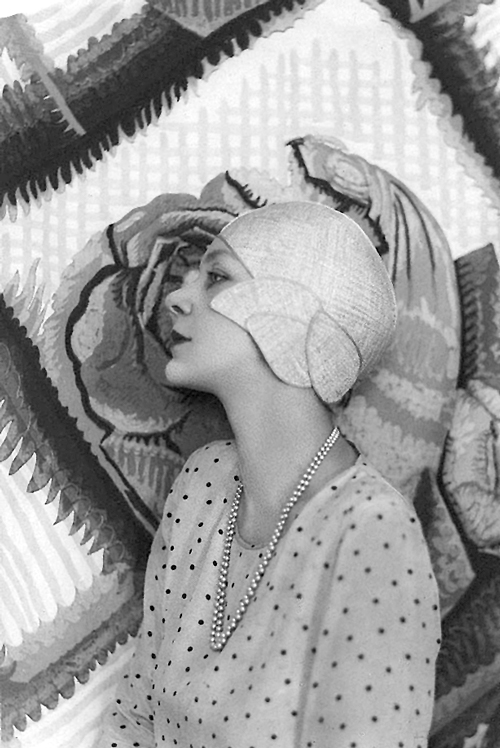 Elder sister Doris Clare Zinkeisen, who was born at Clynder House, Clynder, on July 31 1898, was best known for her work in theatrical design, but was also a painter, commercial artist and writer.

Younger sister Anna Katrina Zinkeisen, who was born at Woodburn, Kilcreggan, at the corner of Argyll Road and Temperance Brae, on August 29 1901 was a painter.

One of her many skills was pathological drawings of World War Two injuries for the Royal College of Surgeons.

It is mentioned in Battrum’s Guide and Directory to Helensburgh and Neighbourhood 1875 that he was a patron of Helensburgh and Gareloch Horticultural Society, and his business, Zinkeisen & Co., was based at 30 Cochran Street, Glasgow.

By 1881 he had moved to 8 Windsor — now Kirklee — Circus in Kelvinside, Glasgow, and was listed as a member of the Royal Philosophical Society of Glasgow.

His son, and father of the girls, was timber merchant and amateur artist Victor William Zinkeisen, who was born in Partick in 1865 and who had a brother Edward, who was born at Dhuhill House in 1873.

Victor William married Welsh-born Clara Bolton-Charles at West Kirby in Yorkshire in 1896, and their three children were born on the peninsula. After Doris came Ian Victor, born at Woodburn on June 27 1900, and Anna the following year.

In March 1909 Victor and Clara, then living at Wemyss Bay Hydro, Skelmorlie, were both declared bankrupt, and the family moved to the London suburb of Pinner, Middlesex.

As girls growing up on the peninsula, Doris and Anna had earned the wrath of their governess by drawing wherever they were, sometimes even on their wallpaper.

After the move south they studied at Harrow School of Art for four years, and in 1917 both won scholarships to the Royal Academy Schools in Piccadilly.

During the 1920s the sisters shared a London studio and embarked on their artistic careers.

Doris had a realistic style which made her a portrait painter popular with the upper class, painting them and their horses, and scenes from parks in London and Paris. 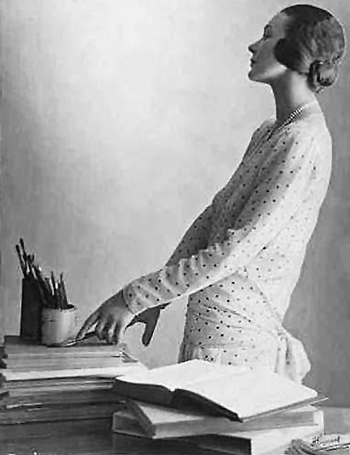 She exhibited at the Royal Academy in 1929, in Paris where she won bronze, silver and gold Salon medals from 1929-34, and in the United States. In 1929 she was elected a member of Royal Institute of Oil Painters.

She also worked as an illustrator and commercial artist, producing advertising posters for several railway companies and the London Underground.

In 1935 she and Anna worked together when Clyde shipbuilders John Brown and Co. commissioned them to paint the murals in the Verandah Grill, a restaurant and nightclub on the liner Queen Mary which was being built at Clydebank.

These murals, of circus and theatre scenes, can still be seen on the ship, which is now permanently moored at Long Beach, California.

The largest mural was damaged during World War Two by gunnery officers tacking charts to the board covering the mural, and after the war Doris restored it.

While doing this, she is said to have added a mouse to the mural, a dig at owners Cunard who prided themselves on having no rodents on their ships.

The sisters also painted murals on the Queen Elizabeth in 1940.

But Doris was best known as a theatrical designer. After working on productions for actor-manager Nigel Playfair she became chief stage and costume designer for Charles B.Cochran’s London revues.

On one occasion she designed a dress which was so low cut that the chorus went on strike, claiming the costume was indecent.

In 1938 she wrote ‘Designing for the Stage’, a highly regarded book.

She worked on several films with Anna Neagle, and after the London blitz in World War Two she designed costumes and sets for the Old Vic Company, working with stars such as Lawrence Olivier, Sybil Thorndike and Ralph Richardson.

The war, of course, meant a huge change in her lifestyle, and Doris, who had trained as a Voluntary Aid Detachment nurse in the first World War, joined the St John Ambulance Brigade and worked as a nurse in the Casualty Department of St Mary’s Hospital, Paddington. 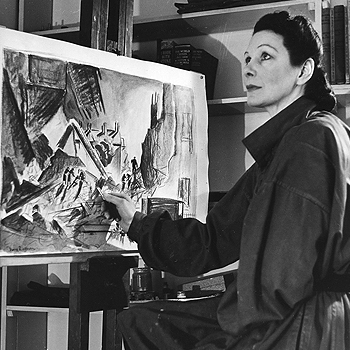 After the war in Europe ended in 1945 Doris was commissioned by the War Artists Advisory Committee as a war artist for the British Red Cross and the Order of St John.

Based in Brussels, she travelled by lorry or air throughout north-west Europe sketching post-war relief work, including repatriation of prisoners of war and civilian internees, which she then painted in her studio.

In April 1945 Doris — whose grandfather had been a history professor in Berlin — spent three days at the Bergen-Belsen concentration camp immediately after its liberation.

She wrote about this in letters to her husband, and her son said of the letters: “They are truly heartrending and reflect the agony she endured while doing her work as a war artist.

“She always told us that the sight was awful, but the smell she could never forget. She had nightmares for the rest of her life.”

Her war paintings are held by the Red Cross Museum, the Order of St John Museum, and the Imperial War Museum.

After this she returned to her work as a theatrical designer in London and held occasional exhibitions of her paintings.

She designed a magazine cover to celebrate Queen Elizabeth’s Coronation in 1953, and the following year designed the scenery and costumes for a Noël Coward musical.

After a relationship with an openly gay man, James Whale, in 1927 she married naval officer Grahame Johnstone.

The next year they had twin daughters, Janet and Anne, who became illustrators of children books including ‘101 Dalmatians’, and later a son Murray.

The younger sister was Anna Katrina Zinkeisen, born at Woodburn, Kilcreggan, at the corner of Argyll Road and Temperance Brae, on August 29 1901.

Her artistic career followed a similar path, and she won the Landseer Award in 1920 and 21 at the Royal Academy Schools in London.

Her instructor at the Royal Academy of Arts believed Anna had the talent to become a sculptor, and she was transferred to the Sculpture School where she made relief plaques.

She studied sculpture for five years. The famous pottery firm of Wedgwood gave her a commission for some plaques, and these designs were awarded a silver medal in Paris in 1925. 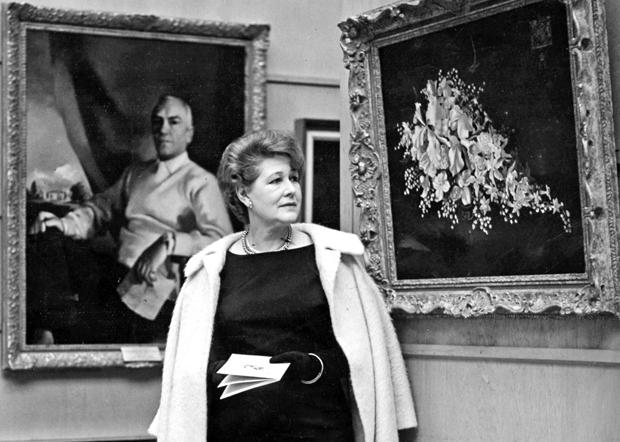 However she realised that she only wanted to paint, and she painted detailed flower paintings, landscapes, and portraits, and won medals for her work in exhibitions during this time. Later she decided, like her sister, to specialise in portrait painting and murals.

During World War Two she served as a medical artist and nursing auxiliary in the Order of St John at St Mary’s Hospital, working with air raid victims.

She began sketching and painting hospital subjects, and when her home was destroyed in a bombing raid, she was given a studio in the hospital.

She became skilled with anatomical drawing, and spent hours painting complicated surgical procedures and dismembered limbs. Her images have been compared to studies by Albrecht Dürer and Leonardo da Vinci.

A self-portrait and her painting of famous plastic surgeon Sir Archibald McIndoe are both exhibited at the London’s National Portrait Gallery.

After World War Two, Anna returned to painting primarily portraits and murals. She continued receiving commissions until late in life.

She married an Army Colonel, Guy R.N.Heseltine, and their only child, daughter Julia Heseltine, taught by her mother from the age of four, is a renowned portrait painter.

A friend of author Barbara Cartland, Anna died in London on September 23 1976 at the age of 75. 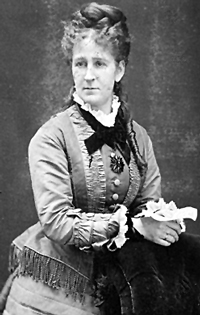 The two sisters returned to Cove and Kilcreggan in the 1920s, and painted four murals at the picturesque Craigrownie Parish Church.

Doris and Anna followed the medieval convention that where the saints are shown together, they are represented by their own particular symbols which would have been readily recognised by a medieval congregation.

St Matthew is shown as an angel, and his human form indicates his compassion and empathy for mankind. St Mark is shown as a winged lion, symbolising the power of his word. St Luke is shown as an ox or bull, with wings.

St John is shown as an eagle, the symbol of the resurrection or ascension of Christ. It represents John because of his lofty or ‘soaring’ gospel.

The sisters’ grandmother, Anna Zinkeisen, widow of Theodor Victor, died at Woodburn in 1902, and is buried at Cove’s Barbour Cemetery.

A correspondent, Angharad Williams, of Caernarfon, Gwynedd, Wales, has written to this website about this article, making several points in questioning the accuracy of some of the details above. She writes:

I have been reading the article on the Zinkeisen family and the Zinkeisen sisters. I'm not an authority so don't expect anything other than what is below. I've done some research while I was working on some genealogy and in the article I have come across three points that I disagree with and that I know are repeated elsewhere on the internet — Wikipedia is one place.

Victor, the father of the two sisters, married Clara Bolton Charles. She is described as Welsh born — that is not quite correct. She was born probably without seeing her birth certificate in Bootle, Lancashire, according to the censuses. Certainly not in Wales.

Her father, David Roberts Charles, was born in Carmarthen, Wales, as was his father, a renowned hymn writer, while his mother was born in Liverpool of a Welsh family. Clara's mother, Clara Jane Earle, was English born. Bolton was a name that arises on her side of the family and is not hyphenated.

Victor Zinkeisen, I believe, was born prior to the date 1865 given in the article. He was 66 when he died in 1929. I believe I am correct in stating that he is not the William Victor Zinkeisen named by the article and on Wikipedia. That person was another brother not mentioned in your article.

Both Victor, age 7, and William V.Zinkeisen, age 6, are recorded on the 1871 census in Govan, Glasgow. I have not found Victor in the 1891 census but the William V.Zinkeisen, age 26, described as a Chemist and born in Patrick is present in Helensburgh with parents, as is Edward, age 17. In 1881 there is only Victor, age 17, and Edward, age 7, at the family home — William being elsewhere somewhere.

I presume on looking at the 1881 and 1891 censuses it is easy to jump to conclusions. A Scottish genealogist with access to documents in Scotland would be able to settle this once and for all. There must be a birth and a death certificate somewhere.

Victor is described as a timber merchant on Wikipedia and in your article. He wasn't — he was a yarn and shirt manufacturer, following in his father's line of work until the move to Pinner. It was Clara's father, David Roberts Charles, who was in the timber business. In 1901, when living in the West Kirby district, he is described as a salesman to a timber broker. He had family connections to a large timber business in Liverpool.

The above is to set out what I do believe to be the correct facts.