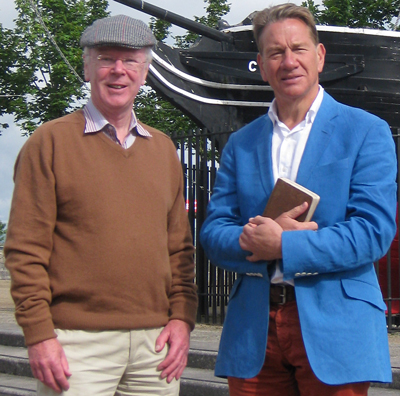 Recently he travelled to Port Glasgow where he was interviewed by the former government minister for one of his 'Great British Railway Journeys' BBC TV programmes.

The interview was in front of the replica of the Comet which stands beside a roundabout where the main road meets the entrance to the Tesco supermarket.

Stewart said afterwards: "He asked me about Henry Bell and the Comet, and in particular wanted to know its importance in British economic history.

"After he finished interviewing me I travelled on with him and his film crew to Greenock where we boarded the paddle steamer Waverley for the short journey across to Helensburgh.

"The crew planned more filming at the Henry Bell monument and at Queen's Court in East Clyde Street, which was formerly Henry Bell's Baths Inn."

The programme will be broadcast during the first week of January.