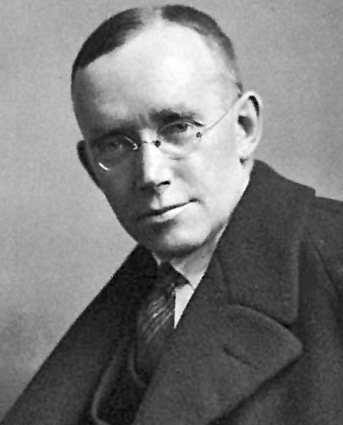 A DOCTOR who has been described as Scotland’s greatest dramatist loved trips to Helensburgh and the Clyde seaside —but did not like living in the burgh.

Eventually Dr Oswald Henry Mavor — even more famous as James Bridie — sold the family home at Gateside, Drymen, and moved to the burgh in August 1949.

But he only had 18 months at his new seafront home, Rockbank, 152 East Clyde Street, before his death in Edinburgh Royal Infirmary on January 29 1951 at the age of 63.

An obituary in the Helensburgh and Gareloch Times recorded that he had been suffering from a vascular condition which culminated in a subarachnoid haemorrhage in the brain.

He was born in Glasgow on January 3 1888, the son of engineer Henry Alexander Mavor, and in his youth he enjoyed summer holidays in Kilcreggan.

Educated at Glasgow Academy, he then studied medicine for ten years at Glasgow University. He qualified as a doctor in 1913, and went on to serve in the Royal Army Medical Corps in two world wars.

In the First World War he travelled in the Middle East and absorbed the settings for his biblical plays; in the Second World War he was evacuated from Dunkirk in 1940.

At university he developed an interest in theatre through the work of the Glasgow Repertory Company, which was funded by public subscription.

He became the editor of the university magazine and contributed critical theatre reviews and sketches, which marked him out as a talented writer.

Osborne was also a mainstay of the University Union and, with Walter Elliott, a future Secretary of State for Scotland, he co-authored the well-known Union song ‘Ygorra’.

In 1905, Osborne invented the annual university social event known as ‘Daft Friday’ — an evening in honour of the president of the Union, with a secret ‘theme’ that is kept hidden from him or her until the night.

On ‘Daft Friday’, in a tradition now over 100 years old, students celebrate the end of the pre-Christmas term at Glasgow University with twelve hours of live music, dancing and fun.

In 1955, four years after his death, the Glasgow University Union introduced ‘The Bridie Dinner’, which is now a feature of the day.

Despite the many distractions of student life, he graduated MB, ChB.

Until the outbreak of World War One, he worked as a physician and house surgeon at Glasgow Royal Infirmary.

He enlisted in the RAMC and served in France. In 1917, he was sent to serve in Mesopotamia, India, Persia and Constantinople, where he collected stories, and biblical and apocryphal legends, most of which were to surface later in his plays.

After the war, he set up in general practice at Langside in Glasgow. Later he was appointed extra physician at the Sick Children’s Hospital and in 1923, he set himself up as a consultant.

For a time he held the post of Professor of Medicine at the Anderson College of Medicine and was a consulting physician to the Victoria Infirmary.

He added to his qualifications by becoming FRFPS Glas in 1921 and graduating MD with commendation in 1929. But in 1934, his increasing success as a dramatist led to his abandoning medicine for literature and the theatre.

He gave up his practice and moved with his wife of eleven years Ronalda Locke Bremner — known to all as Rona — and their two sons to Drymen.

He wrote under the surname of his grandmother Mary Ann Bridie, daughter of a Dundee sea captain, but also penned one play as J.P.Kellock.

But the first of his prolific dramatic works to reach the public, “The Sunlight Sonata”, which was produced in 1928, was written under the name of Mary Henderson.

It was presented by the Scottish National Players, an amateur company, and professionally directed by Tyrone Guthrie.

His second play, “The Switchback”, in 1929 won him entry to the English stage.

“The Anatomist”, produced in 1930, and based on the lives of 19th century vivisectionist Dr Robert Knox and the body-snatchers Burke and Hare, was his first major success.

His success in the theatre continued for the rest of his life.

He worked on scripts several times with Alfred Hitchcock, notably on “Stage Fright” in 1950. That year he won the Bernard Shaw Birthday Prize for “Gog and Magog”.

In 1939, as James Bridie, he was awarded an honorary LLD from Glasgow University, which meant he was a Doctor in both his real and assumed names.

That year he published a “Study of the Umbilicus”, and when World War Two broke out he managed to persuade the authorities to allow him to undertake active service.

After serving on a hospital ship in Norway and attaining the rank of Major, he returned to civilian life and, in 1946, he was appointed a CBE.

He was one of the principal founders of Glasgow’s Citizens’ Theatre in 1943, along with his cousin, writer Guy McCrone, and Helensburgh man J.Arnold Fleming.

He was the first chairman of the Scottish Committee of the Council for the Encouragement of Music and the Arts in 1942, was instrumental in the establishment of Glasgow’s College of Dramatic Art the year before his death, and was also a director of the Scottish National Theatre Society.

In 1955 Glasgow University Union purchased a bronze head of Mavor/Bridie by Benno Schotz.

His work in bringing about ‘theatre for all’ was recognised on September 17 the following year, when J.B.Priestley unveiled a bronze plaque in his memory at the Citizens’ Theatre.

A master of pithy quotes, when he moved to Helensburgh he told J.Arnold Fleming: “Beware, Fleming, a chiel is among you takin’ notes, and faith, he may write a play about the folks in Helensburgh.”

He once observed: "Eve and the apple was the first great step in experimental science."

And he genuinely believed: "Boredom is a sign of satisfied ignorance, blunted apprehension, crass sympathies, dull understanding, feeble powers of attention, and irreclaimable weakness of character.”

A large congregation, which included many representatives of the theatre and other arts, the medical and other professions, and the University of Glasgow, attended his funeral in the University Memorial Chapel in Glasgow.

The service was conducted by the Rev Hamish McIntosh, chaplain to the university, and the Rev Ivan Mavor, Inverness, his cousin. The interment took place at the Western Necropolis.

The pall-bearers included Dr T.J.Honeyman, director of Glasgow Art Gallery and another founder of the Citizens’, and actor Alastair Sim.

In a tribute Robert Kemp wrote: “He was our greatest Scottish dramatist, and one of our greatest writers — ever looking far across the centuries.

“He always seemed to me ridiculously modest about this own achievements, although he had a proper scorn for all critics who tried to tell him what to do.

“It was said he could not write last acts. He was fond of quoting a Viennese man of the theatre who said ‘Only God can write a last act’, and he maintained that any fool who took the trouble to learn his craft could present the audience with a neatly tied up final act on a platter.

“I will not say whether or not I agree, but merely add what I think he felt a play should end in an atmosphere of continuing life. What other conclusion could be possible for a man who loved life, enriched it, and stood shoulder to shoulder with the giants.”

He was survived by his wife, who died in Morningside, Edinburgh, in 1985 aged 88, and his son Ronald, who was also both a doctor and a playwright and died in 2007. Their second son lost his life during World War Two.

Ronald became drama critic of The Scotsman after retiring from medicine, director of the Scottish Arts Council and deputy chairman of the Edinburgh Festival.

He was Professor of Drama and head of the drama department at the University of Saskatchewan in Canada, and like his father was appointed CBE in 1971. 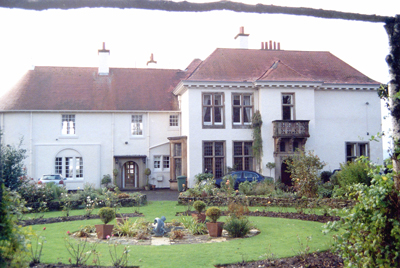 Ronald wrote a book about his father, ‘Dr Mavor and Mr Bridie’, in 1988, and revealed that the move from Drymen to Helensburgh had not been a success, although the Craigendoran seafront mansion Rockbank (right) was to be their home.

He quoted his father as writing in 1949: “Rona and I are having one Hell of a time. We have bought the above expensive house in Helensburgh, have filled it with painters, joiners and plasterers, and have decided to sell it again.

“We are staying in a temperance hote, but move shortly into our ruin with two camp beds and a picnic basket. I am getting too old for this sort of thing.

"I am afraid Rona is right about Helensburgh. It has become rather a squalid den since I knew it last. We are now looking for a furnished house with a long let till we can find a proper place to live.

“As laundries here are very deliberate, we are getting rather filthy and smelly. To say nothing of ill-tempered.”

Within 18 months they bought a 17th century house in East Lothian, but Rona was to move into it alone.