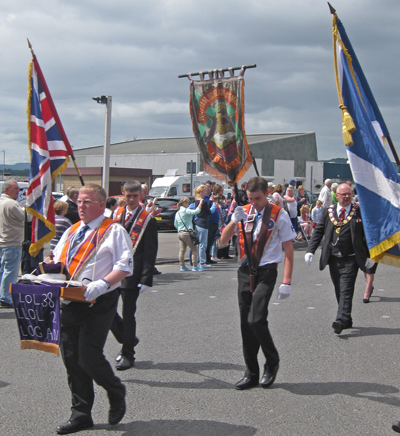 AN ORANGE Walk took place in Helensburgh on Saturday June 28 2014 despite much opposition beforehand from the people of the town.

The aim of Orange Walks is to celebrate the victory of the Protestant King William III — also known as William of Orange — over the Roman Catholic King James VII of Scotland and II of England at the Battle of the Boyne in Ireland in 1690.

This victory ensured that all British monarchs since then have been Protestant.

The Battle of the Boyne is widely celebrated by the Orange Order in Northern Ireland in the form of Orange Walks, but these can be the spark for sectarian unrest there.

With the exception of West Central Scotland, Orange Walks rarely take place in other parts of Great Britain, and there was no tradition of any being held in Helensburgh.

Early in 2014 it was announced by the County Grand Orange Lodge Ayrshire, Renfrewshire and Argyll that an Orange Walk would be taking place in Helensburgh.

It was anticipated that around 3,000 members of the Orange Order would march in the parade with their bands, and that around 3,500 people would also attend as spectators. 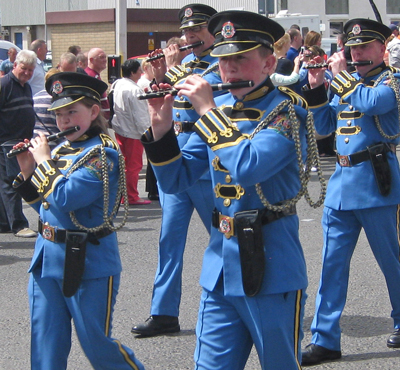 Alex McCaig, secretary of the County Grand Orange Lodge, said initially that they did not want to upset the people of Helensburgh by coming to the town but, when it became patently obvious that this was exactly what would happen, he then announced that they were coming anyway, and that there was nothing that the townspeople could do to stop them.

Opposition to the Orange Walk came from, amongst others, Helensburgh Community Council and local MSP Jackie Baillie.

Local clergymen sent a letter of protest to the Helensburgh Advertiser, and a vigorous Facebook campaign was also organised against it.

While many questioned what a 17th century battle in Ireland had to do with Scotland in the 21st century, others were concerned with such matters as civil unrest, traffic chaos, cost and the effect on local businesses.

It was very difficult to find anyone in Helensburgh in favour of the Orange Walk.

The Orange Order claims that it may organise Orange Walks when and where it wishes under Article 11 of the European Convention on Human Rights. 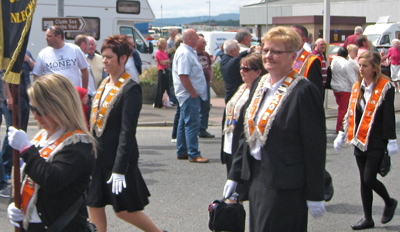 Legal attempts to prevent Orange Walks elsewhere had foundered on Article 11 and, in the face of this, Argyll and Bute Council agreed to allow the Walk to go ahead.

In the event, the event passed off peacefully, much to the relief of the townspeople, although the shops in the town centre suffered a drop in business and there was general disruption to the lives of townspeople.

The cost of policing the Orange Walk was £33,000. The Orange Order have said that they will not return to the town for 40 years.