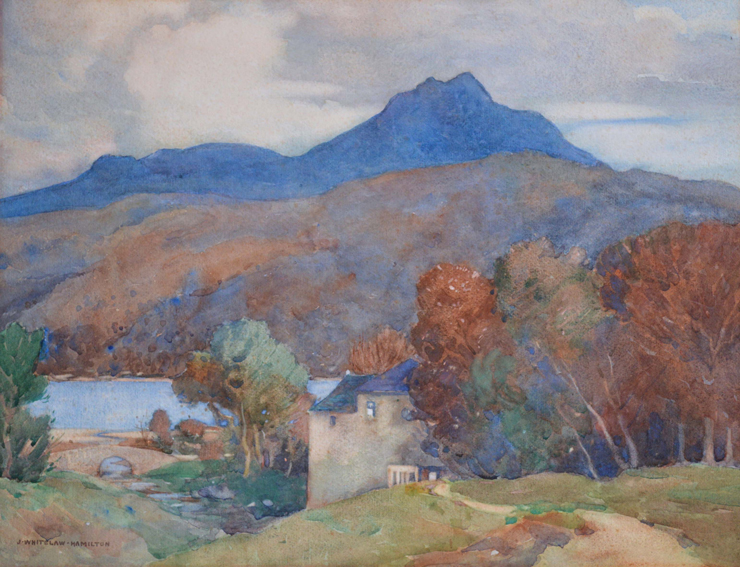 A THIRD painting by celebrated Helensburgh artist James Whitelaw Hamilton has been secured for the burgh.

The Anderson (Local Collection) Trust has purchased a watercolour entitled ‘View of Loch Lomond from Glen Douglas’, and it will be included in the Trust’s next exhibition in Helensburgh Library in West King Street from this month.

Trustee Mary-Jane Selwood said: “This painting records a less familiar view of the loch. It forms a welcome addition to the two other paintings by this artist held in the Trust Collection, ‘Evening on the Gareloch’ which includes the Training Ship Empress, and ‘Ebb Tide’, an idyllic view of West Clyde Street.” 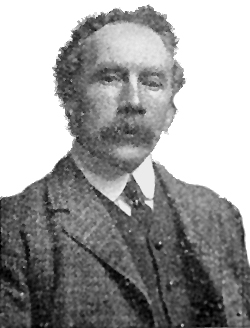 The family moved to Thornton Lodge, Sinclair Street, where later several members of the ‘Glasgow Boys’ group of artists painted, and James attended the then Larchfield Academy.

He married Lillian Millar Shaw from Glasgow at St Mary’s Episcopal Church on September 9 1891, and the couple made their home at The Grange, 23 Suffolk Street.

His sister Maggie married the architect Alexander Nisbet Paterson and set up home at The Long Croft, West Rossdhu Drive, which was designed by her husband. Maggie’s brother-in-law was the artist James Paterson.

Mrs Selwood said: “Thus Whitelaw Hamilton would have had strong links with the coterie of flourishing Glasgow artists of his day, even though his style owes little to their influence except, perhaps, the vigour and boldness of his handling of colour.

“For his subjects he favoured landscapes and, in particular, fishing villages, many of which depicted areas near his home in Helensburgh and Glen Fruin.”