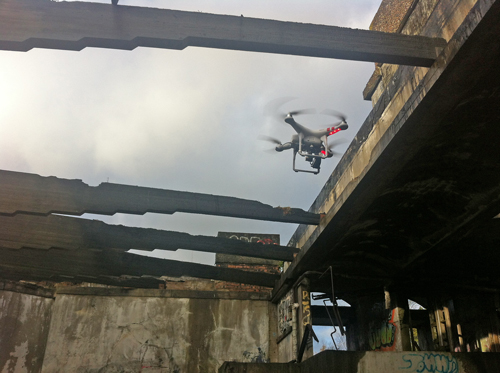 BBC London News at Ten braved tough conditions to film at Kilmahew/St Peter's, Cardross, and the result was seen on Friday January 16.

Their drone camera met an early watery death after being battered by a vicious gust of wind, but the overall footage looked strong.

The story marks the imminent removal of asbestos from the site — the first positive intervention in 30 years.

It was also announced recently that CNN had named St Peter's seminary as one of the most exciting building projects of 2015 (images 21 and 22 in the slideshow).