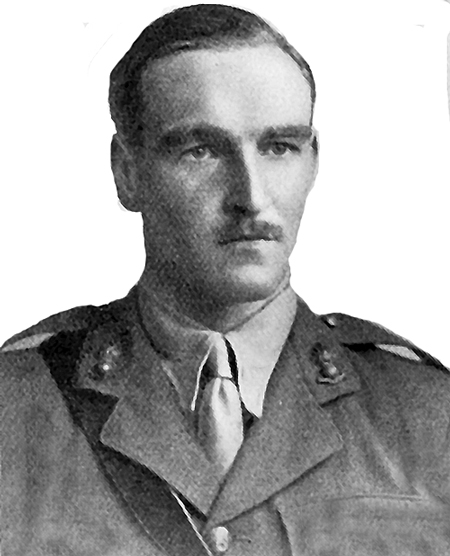 TRIPLETS set out from Helensburgh to fight for their country in World War One . . . but one did not return.

Formerly in the Royal Engineers, he served as a test and ferry pilot at No.1 Aeroplane Supply Depot at Marquise, some ten miles east of Boulogne in the Pas-de-Calais Department.

He was flying a DeHavilland 4 aircraft, A8062, on a ferry flight with a passenger, Captain H.F.Jenyns, when the engine cut out just after take off.

He attempted to turn, but the aircraft stalled then dived into the ground. He was killed, but his passenger was injured and survived.

Lieutenant Russell was buried in the Huby-Saint-Leu British Cemetery near Hesdin, 35 miles from Arras, and his name is on the Cenotaph in Hermitage Park.

He was the middle triplet born to William Russell and his wife Jane Cannan — who had married on November 10 1885 — on March 6 1895 in Balmaghie, Kirkcudbrightshire, where both lived.

Sadly their mother died three days later at the age of 35.

Later that year William Russell was appointed Factor at Luss, a post he was to hold for 37 years, and the family — he had two other sons and a daughter — moved to Helensburgh.

In 1900 he commissioned leading local architect William Leiper to build Ardluss at the top of Sinclair Street, and it was their home for many years. Leiper designed an extension in 1908.

The boys went to Larchfield School, while daughter Marion was a founder pupil at St Bride’s School.

William Jnr. went on to Fettes College in Edinburgh, where he played for the rugby XV and the Fives team, and was captain of rugby in 1913-14. He is listed on the College’s Roll of Honour.

Immediately after the declaration of war he joined the local artillery company as a private. In a short time he received a commission in the Renfrewshire Fortress Engineers, afterwards joining the Air Service.

While an Observer in France with 21 Squadron in July 1916 he was wounded in aerial combat, receiving a bullet in the knee.

Later he took the pilot’s certificate, returning to France in November 1917 to 1st Squadron.

Shortly before his death he was home in Helensburgh on leave, but was recalled on 25th March and had only been back in France nine days when he made the supreme sacrifice.

The Helensburgh and Gareloch Times reported: “The sad event has evoked widespread sorrow, for the young lieutenant was a general favourite, and with Mr and Mrs Russell, and family, the deepest sympathy is felt in their sore bereavement.”

Older triplet John also went to Fettes and had a distinguished RAF career.

Before the end of World War One he had risen to the rank of Major in the Royal Engineers and RAF, was created Chevalier of the Belgian Order of Leopold, was awarded the Croix de Guerre, and was twice Mentioned in Despatches.

Later he rose to the rank of Air Commodore, served in World War Two, and was awarded the DSO. He retired in 1943 and died in 1956.

Younger triplet George, another Fettesian, served as a Lieutenant in the Royal Flying Corps and then the RAF.

An older brother, James Cannon Russell, born in March 5 1888, rose to the rank of Major and won the MC and bar.

His home was at Fairhill, 19 East Abercromby Street, and he died in Drumadoon Nursing Home on August 4 1983 aged 95. He was survived by his wife Dorothy.

Another brother, Tom, was also on military service, then succeeded his father as Luss Estates Factor in the spring of 1935. He lived at Clermiston, 83 James Street.

The move to Helensburgh came when she was nine. The family joined St Bride’s Church which she supported faithfully until the link with the Old and St Andrew’s Church, some 90 years.

Known as Minnie, she later recalled sledging from Ardluss to Clyde Street while a St Bride’s pupil. She then trained as a nurse and served as a VAD nurse during World War One, behind the lines in France.

Shortly after the war she met her husband, Lieutenant Colonel William G.Wright, MM, who commanded the 13th Argyll and Sutherland Highlanders in World War Two and was a deputy Lieutenant of Dunbartonshire.

They made their home at Ardmalig, Rossdhu Drive East, and they had two daughters, Seonag and Jean.

During World War Two Minnie worked with the Womans Voluntary Service and, like her father, she was made a Justice of the Peace. She died suddenly in Glasgow’s Western Infirmary on January 2 1887. 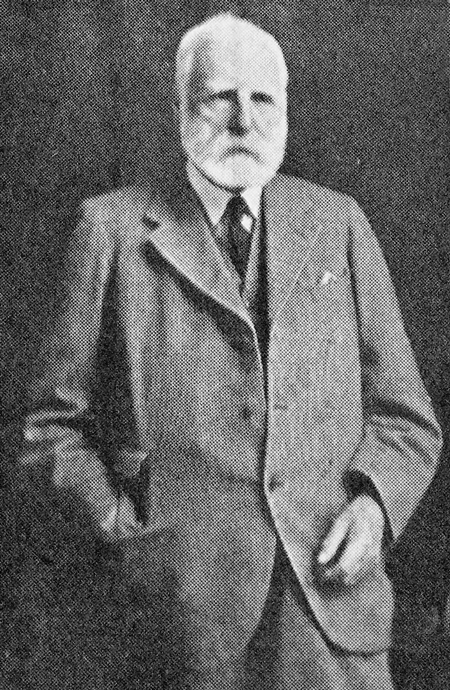 When he retired he received presentations from the Colquhoun Trustees, the tenantry of the Estate, and the workforce and tradesman at a luncheon held in his honour.

Sir Iain Colquhoun referred to the complicated and increasingly arduous nature of the work the factor of a large estate was called upon to perform.

Sir Iain said that he must be familiar with the law, with agriculture, with land tenure and many other subjects of a comprehensive nature and must keep himself entirely up to date.

He had obligations to his Laird, tenants, feuars and employees, and must endeavour judicially to assess and to reconcile fairly their divergent interests and point of view.

It was easy to get left behind in the wild ruck and scramble of modern life, Sir Iain said, but Mr Russell had ever kept abreast of the times, with his eyes more often on the present and future than on the past.

Each of the three Lairds had benefitted by his advice and loyal service, and each would be proud to claim that they regarded him always as friend and adviser rather than in the formal light of their accredited representative.

“For myself,” said Sir Iain, “I can only express the deep gratitude I feel to him for the meticulous care and attention he has given at all times to the Estate.”

Mr Russell began work in 1871, and during his 64 years of active service he witnessed numerous changes in the agricultural life of Scotland.

For 28 years he served on Dumbartonshire County Council, representing the Parishes of Luss and later Arrochar.

An obituary in the Helensburgh and Gareloch Times after his death in Glasgow at the age of 86 on May 31 1941 stated that his wide experience made him a valuable asset as chairman of the Diseases of Animals Committee.

He was an enthusiastic sportsman, highly successful with rod and gun. He was also a keen curler and a member of both the Luss and Helensburgh Curling Clubs

The funeral service was conducted in Luss Church and there was a large attendance. The interment took place in Helensburgh Cemetery, although other family members were buried in the family plot at Balmaghie.

He was survived by four of his sons and daughter Minnie.