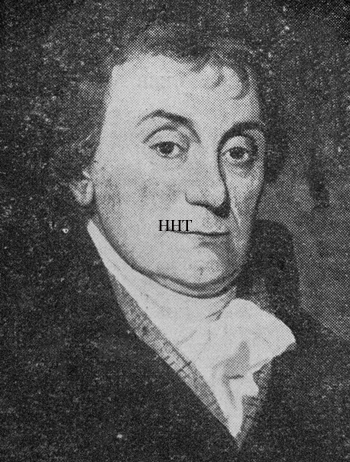 ONE of Helensburgh’s first leading citizens was a much-admired businessman and benefactor.

It has even been said that Robert Thomson served as the town’s first Provost, actually before the recognised first Provost, steamship pioneer, Henry Bell.

Mr Thomson came to Helensburgh when it was in its infancy, when there were only a few cottages along the seafront.

It was then known as the Barony of Milligs, and had been purchased by Sir James Colquhoun of Luss, who saw it as a development opportunity, in 1752.

Twenty years later he decided to proceed, and an advertisement appeared in the Glasgow Journal inviting feuing and offering special encouragements to “bonnetmakers, stocking, linen and woollen weavers”.

Among the first adventurous feuars was Robert Thomson, who in 1795 feued a lot of ground along the seafront and built a seafront mansion which he named Seabank.

Seabank was to become the home of Andrew Bonar Law — later to be Prime Minister — after his marriage in Helensburgh West Free Church on March 24 1891.

By Royal Charter, dated July 28 1802, Helensburgh was created a Burgh of Barony “in the view of encouraging industry and promoting manufacturing in the village of Helensburgh”.

Mr Thomson, a master manufacturer, was intensely interested in the scheme and sought in every way to develop the burgh, and he took a leading part In the early municipal government of the town.

Although the burgh was formed in 1802, and the power of electing Provost, Bailies and Councillors was conferred on the feuars as burgesses, no record can be found of the very early appointments.

The first election is stated to have taken place on September 11 1802, but no minutes exist prior to September 12 1807 when Henry Bell was elected Provost.

It is probably impossible to prove, but it has been suggested that there were Provosts prior to Henry Bell, and that the first may have been Robert Thomson.

The municipal business in the early years was mostly informal, and the chief offenders dealt with by the magistrates were smugglers, and dissenters for refusing to go to the Parish Church.

Mr Thomson is credited with having tempered justice with mercy, and with having on more than one occasion paid the fines which he imposed on offenders.

Advancing years induced Mr Thomson to dispose of a portion of the ground on the east side of his property to Walter Macfarlane, and that is where Clyde Street School — now the Civic Centre — was built.

In 1816, four years before his death, Mr Thomson sold Seabank (below right) to James Carrick, and it was later bought by the well known Kidston family from Glasgow who lived there until they built their seafront mansion, Ferniegair. The house was demolished in the 1950s.

While Mr Thomson’s work in Helensburgh was important, he was also a major figure in the Glasgow business world, where he was greatly respected and much loved.

He was the first person who attempted the manufacture of cotton goods in Scotland, and he was the founder of the well known firm of Robert Thomson & Son, of the Adelphi Cotton Works in Hutchesontown.

Mr. Thomson was originally in the linen trade, which he carried on extensively until about 1778. He was in business with his brother-in-law, James Monteith, whose son was frequently in London on business.

He happened accidentally to attend a public sale at the East India Warehouse. Among other goods offered were a few bales of East India cotton yarn, which he bought for a trifling sum as it was thought to be useless.

He sent the material to Glasgow for experiment. The texture was beautiful, but the difficulty was to find means of preparing it for the weaver.

A machine was designed for this, and Mr Thomson put it to good use. He was able to produce muslin which was soon in demand, as Indian muslin was fashionable and very expensive.

Encouraged by this demand, he began searching for supplies of the East India material.

It then occurred to him that if cotton twist could be spun as fine as French lawn yarn, it could very well be substituted for it.

This was attempted and partially succeeded, and soon after this spinning jennies were invented. Manufacturers brought them to Glasgow, and the cotton industry took off.

Mr Thomson had a partner in his own business, his only son Robert, who was born in 1771.

In 1798 Robert acquired the property of Camphill, then a secluded country district lying between the city and the small village of Langside, which became Queen’s Park.

Later the business and the property were taken over by a grandson, Neale Thomson, who also became a celebrated city businessman. 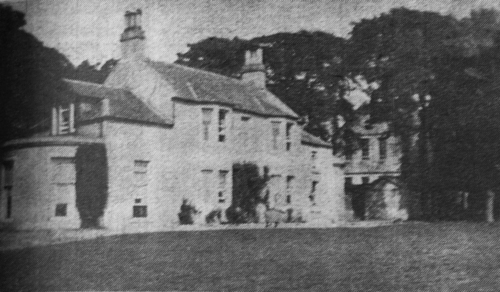 Outside business, Robert Thomson was known to the world at large as his long life was marked by untiring benevolence and many charitable acts.

He was a modest and unassuming Christian whose conduct was governed by the divine precept: ”Do as ye would that others should do unto you.”

It was said that to promote the happiness of his fellow creatures was esteemed by him a paramount duty, and he lost no opportunity to promote the cause of the enlightened philanthropist and of the sound economist.

They continued the business, but both the elder brothers died in 1833, and the youngest in 1843, and the works fell into the hands of Neale who ran it successfully until his death in 1857.

So Helensburgh can lay claim to being the birthplace not only of steam navigation, but of the cotton industry in Scotland.