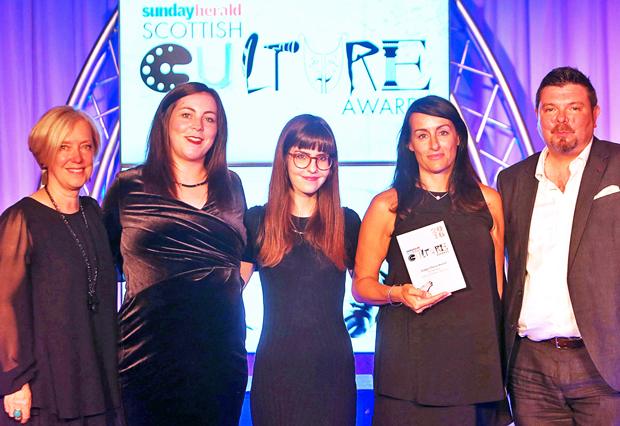 IT HAS been a fantastic year so far for the Kilmahew/St Peter's project at Cardross, and last week brought more good news — Hinterland won the Judges' Choice Award at the first ever Sunday Herald Scottish Culture Awards.

The Judges’ Choice Award acknowledged a cultural event, artist or performance which provided “that feeling that you are in exactly the right place at the right time … when the stars collide and you know that the play, or dance performance, or gig is something truly exceptional”.

Unable to choose just one winner, the judges decided to award both Hinterland and synth pop band CHVRCHES.

A Hinterland spokesman said: "It is a huge honour to win this award in the inaugural year of the Scottish Culture Awards and to be recognised alongside the other finalists and winners who represent the breadth of creative talent in Scotland."