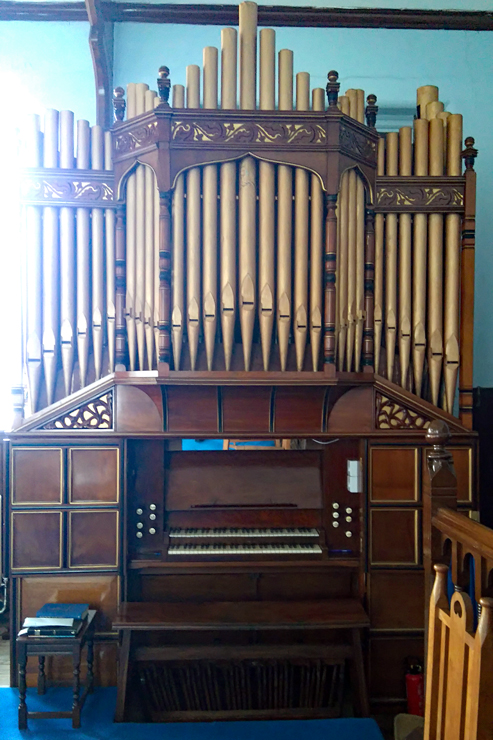 THE CONGREGATION of a church in Cumbria wants to restore a house organ which once stood in Cairndhu, the Helensburgh seafront mansion built in 1871.

The owner was John Ure, a prosperous Glasgow flour miller and merchant who was the first chairman of the Committee of Health for the City of Glasgow and later Lord Provost for a three-year term.

Cairndhu was furnished by the well known but now closed Glasgow firm of Guthrie & Wells — who were used again when it was refurbished as a hotel and still had the original sketches from 1871.

The organ stood in the hall at the foot of the stairs, and the Ure family met each evening around the organ for prayers.

It is not known when or why the organ, probably built by in Huddersfield by pipe organ builders and restorers Conacher and Company, was removed, but in 1946 it was installed in St Andrew’s Presbyterian, now United Reformed, Church at Silloth in Cumbria by Ingrams of Edinburgh.

Richard Brice, organist of a nearby church in Whitehaven, said: “It has been used here since its installation and is a very pleasant organ both to play and to listen to.

“Unfortunately the organ is now in need of internal cleaning and adjustment, for which we are raising money. The first event was a recital by Ian Hare on November 26.”

The congregation is quite small and would appreciate any help towards the cost of the restoration. The postal address is Solway Street, Silloth, CA7 4BX, and the church has a facebook page.

After this article first appeared, Richard was contacted by Mrs Sheila Allan, whose parents bought Cairndhu from the Royal Navy after World War Two. She said that the organ had already been removed when they moved in, and they had always wondered where the organ had gone.