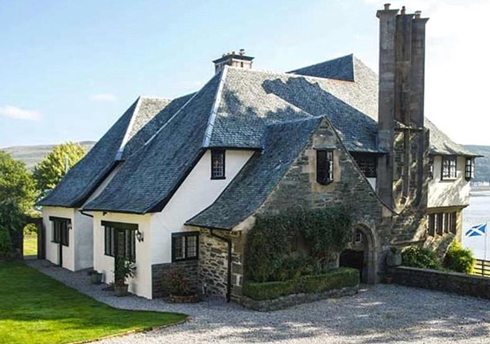 ONE of Garelochside’s most historic homes, the four bedroom Ferry Inn at Rosneath, was being offered for sale in 2016 by Savills Glasgow with an asking price of over £795,000.

Set in four acres of its own grounds with 250 metres of frontage to Gare Loch and ownership of the shingle beach in front, Ferry Inn was one of only two homes in Scotland designed by noted architect Edwin Lutyens.

The original Ferry Inn stood next to the main jetty for the ferry which ran between Rosneath and Rhu. The inn dated from 1800 and was extended three times between 1862 and 1897.

In about 1896 Princess Louise, Queen Victoria's daughter, instructed Lutyens to extend the inn as a private residence. Princess Louise's husband was the Marquis of Lorne, who succeeded his father in 1900 as the 9th Duke of Argyll.

Lutyens was only 27 when he undertook this commission. His design added the part of the house which still exists today. The original inn was subsequently demolished, leaving Ferry Inn House and Ferry Inn Cottage which stands as a detached dwelling behind.

The house, being sold by Dr Joe Brown (left) and his wife, is a fine example of the architect's style at this period. Lutyens created a two storey house over a raised basement in the Arts and Crafts style.

The house is unusual in that its three main elevations, to the south, east and north, are all very different.

Princess Louise never moved into the house, because of her husband’s ill health, and during the Boer War the building became a convalescent home for wounded soldiers.

It was requisitioned by the government for military use in 1939 and after the war it was used as married quarters until 1958. The following year it was bought by local boat yard owner, Peter Boyle, who used his apprentice ship fitters to refurbish the house.

Dr Brown favoured a more traditional and softer appearance and reinstated wooden panelling to dado height and deep sandstone sills to the windows in the reception hallway and the salon. 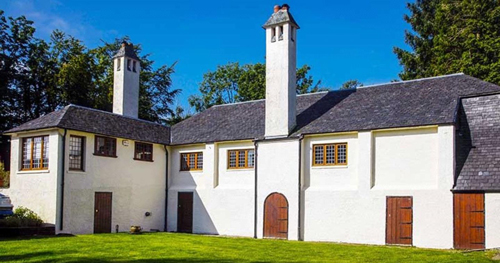 The kitchen was refitted in 2003 in an Edwardian style by Clive Christian of London. It is finished to the highest of specifications with solid granite and Corian work surfaces, a central island and a number of integral appliances

Dr Brown bought Ferry Inn Cottage (right) in 2009, and it was comprehensively upgraded over a four year period.