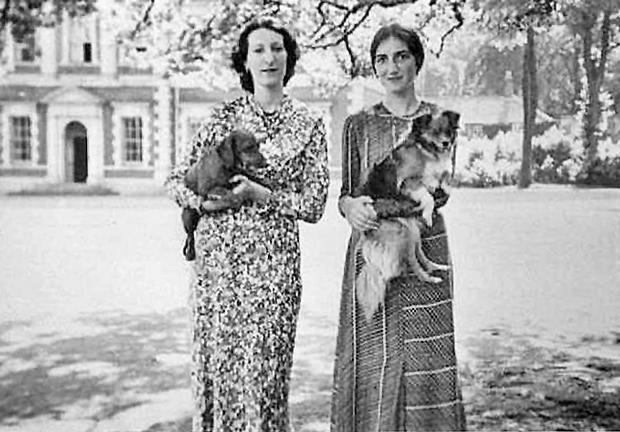 THE PRIME mover in the formation of Headline Helensburgh, the talking newspaper serving the blind and otherwise visually handicapped in the town and district, had her own remarkable story.

The now twice-a-month local news service on cassette first made its appearance at the end of December 1975, and it is the oldest registered talking newspaper in Scotland

A key member of the launch team was Meriel Easter Daffodil Clifton Baird, who was well known in the town because of not only her unusual name but also her activities to help others.

She fell in love with the man who was to be her husband at the age of only eleven, and when she married him a decade later she was renounced by her family.

Easter died on January 13 1978 at the age of 63, when her amazing story was told by her son Charles.

She was born on April 13 1914, the third daughter of landowner John Talbot Clifton and his wife Violet Mary, who were both explorers.

Violet Clifton, who died in 1961, wrote of their life in “Book of Talbot” which was published after her husband’s death and for which she was awarded the University of Edinburgh’s prestigious James Tate Black Memorial Prize, one of Britain’s oldest literary awards.

The Clifton family owned estates in the Lytham area of Lancashire for centuries, and also on the island of Islay.

If her parents thought that Easter was going to follow in the normal pattern of life for a child of the aristocracy, they were to be disappointed.

She was born on Easter Monday. Her mother had wanted a second son and had not chosen names for a girl, and it was a maid who suggested Easter Daffodil.

She had a brother, Harry, two sisters, Aurea and Avia, was brought up as a Catholic, and was educated by a governess and then at a convent in Ascot.

She lived mostly in Ireland and at the family’s estate in Scotland at Kildalton Castle on Islay. It was there that she first met Gerald Baird, who managed the Scottish estate for her father.

She fell in love with the then 22 year-old Gerald, a handsome young estate factor from Helensburgh, and although he was not a Catholic, she resolved to marry him when she became an adult.

After the convent she travelled to Florence to complete her education, then did the London ‘season’ as a debutante, being presented at court to Queen Mary.

She was one of the acknowledged beauties of her generation, and leading photographers, including Dorothy Wilding, and painters, including Augustus John, of the time clamoured to picture or paint her.

Her family, of course, expected her to marry nobility, but she remained faithful to her dream and on April 13 1936, her 22nd birthday, married steelbroker’s son Gerald Fortay Baird, whose address was Derwent, 4 Upper Sutherland Crescent, Helensburgh, at St Mary’s Cathedral in Edinburgh.

Her parents were appalled, and they rejected her immediately. The only close family member to attend her wedding was her sister Avia.

The couple set up home in a cottage in Garelochead, and about 1939 moved to Finlaggan, 2 Queen Street, Helensburgh, which was to be her home for the rest of their married life.

Mr Baird’s business interests developed and diversified over the years until his sudden death from a heart attack while on holiday at the Lochalsh Hotel, Kyle of Lochalsh, on August 25 1961 at the age of 58.

Easter moved to a smaller home in John Street in 1967, and took a part-time job helping with lunch supervision at Park Lodge School in Charlotte Street.

She was a well-known member of the then Old and St Andrew’s — now Helensburgh — Parish Church, and she started recording readings of stories for homes and hospitals, for which her soft lilting voice was so suitable.

After her husband’s death she spent a month of every year with her cousins Bridget and Christian, who were her bridesmaids, at their home in Wales.

It was there that she first heard of the talking newspaper movement, and she resolved to try to set up one in Helensburgh.

Just at that time a one-year Government-backed project, the Quality of Life Experiment, was operating in the town. They did a survey of local blind people and found out that one of the things they really missed was access to local news, so that they knew what their friends were talking about.

They were pondering what to do about this when Easter popped in to their Sinclair Street office to see if they could help to set up a talking newspaper! A public interest meeting was arranged, and Headline Helensburgh was born.

Easter (left) took an active part in the preparations for the recording sessions, and also did some of the reading.

Her story service was incorporated into Headline Helensburgh and extended to include stories for children, which were avidly listened to in the several childrens homes which existed locally at that time.

At her funeral a fulsome tribute was paid to her by the minister, the Rev David Reid, and she is still remembered as an exceptional gentle person of extraordinary tranquillity, kindness and enthusiasm.

On one wreath there was a card addressed to “Miss Easter”, and it was from the lady’s maid who stayed faithful to her for sixty years.

The top picture shows Easter (right) with Avia in their youth in front of Lytham Hall, the home of the Clifton family for over 400 years.

The present building, designed by John Carr of York for Thomas Clifton, was built between 1752 and 1764 and is a splendid example of Georgian architecture.

The house sits in 78 acres of wooded parkland. The Hall is a Grade I Listed building and the parkland is on English Heritage’s Register of Historic Parks & Gardens.

The Hall is currently on the English Heritage ‘Heritage at Risk’ Register because of concern over its condition. It was acquired by Lytham Town Trust in 1997 with the aid of generous support from British Aerospace.

The Trust leases the Hall to the Heritage Trust for the North West to operate and manage.

December 2016 sees the 41st birthday of Headline Helensburgh, which has progressed a long way from its original once a month format, although it no longer offers taped stories.

While demand for the service has been reduced by the growth of local radio and social media, the cassettes of local news and views are still welcomed by a core of recipients.

The service, which is also available on cd, is free of charge. Names of potential recipients will be welcomed by Argyll and Bute Council’s sensory impairment team, which is based in Dunoon but covers the Helensburgh area.

For more details, please email This email address is being protected from spambots. You need JavaScript enabled to view it.. There are some seventy talking newspapers in Scotland, with some of the bigger ones producing magazines as well.