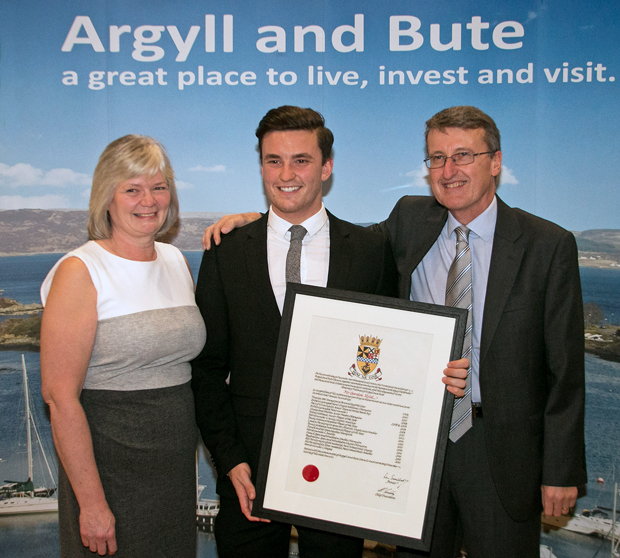 HELENSBURGH Lawn Tennis Club was well represented at Helensburgh and Lomond Civic Centre yesterday afternoon as the Freedom of Argyll and Bute was conferred on world wheelchair tennis no.1 and Paralympic gold medalist Gordon Reid.

At a special meeting of Argyll and Bute Council in the Marriage Room at the Civic Centre in East Clyde Street — which Gordon officially opened earlier this year — the council leader, Dick Walsh, proposed the motion to make Gordon a Freeman, and this was seconded by Councillor Ellen Morton.He was then presented with a framed scroll, and a reception followed. 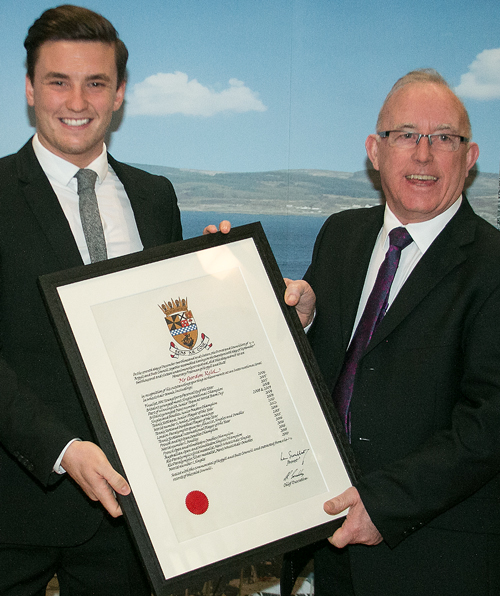 He was then presented with a framed scroll, and a reception followed.

Councillor Walsh (right) said: "I am proposing this motion in recognition of Gordon's truly outstanding achievements in international sport. He is one of the 21st centuries finest illustrations of triumph over adversity.

"His response to the challenges posed by suffering Transverse Myelitis was to take every opportunity to carry on playing the sport that he loved."

After reading a long list of the former Hermitage Academy pupil's wheelchair tennis triumphs, culminating in him finishing 2016 as the world no.1, he added: "Gordon is a true ambassador for his sport, his country, and our area.

"He is a history maker in whom we have tremendous pride and interest."

Provost Len Scoullar said: “Gordon Reid is an extremely deserving recipient of the Honorary Freeman of Argyll and Bute award.

”The whole country is immensely proud of his achievements and the council is pleased that we are in a position to be able to recognise the wonderful national and international success in his chosen sport in this way.” 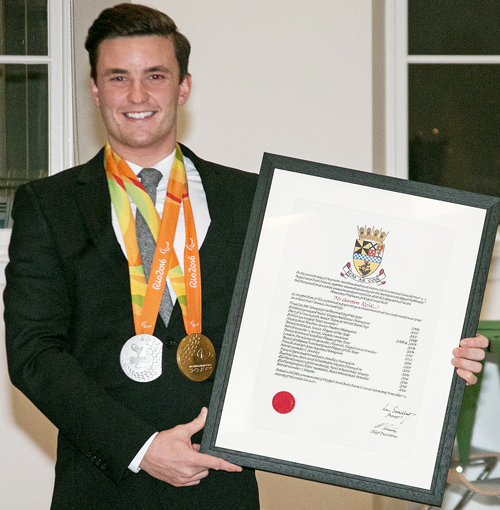 After receiving the scroll Gordon said: "I would like to thank Provost Scoullar and Argyll and Bute Council for nominating me. It is a huge honour to be standing here.

"My tennis all began at Helensburgh Lawn Tennis Club, and Helensburgh is my home and where I grew up.

“I know how much the local people support me when I am competing throughout the year and I am proud to tell people I meet on my travels that this is the area I grew up in.

“I would like to say a huge thanks to everybody in Argyll and Bute, and especially Helensburgh, for all their continued support."

Since the current Argyll and Bute Council came into existence, Gordon is only the second individual to receive the honour, the first being ex-Provost Billy Petrie, who was in the audience, in 2012. It has also been presented to the Argyll and Sutherland Highlanders. 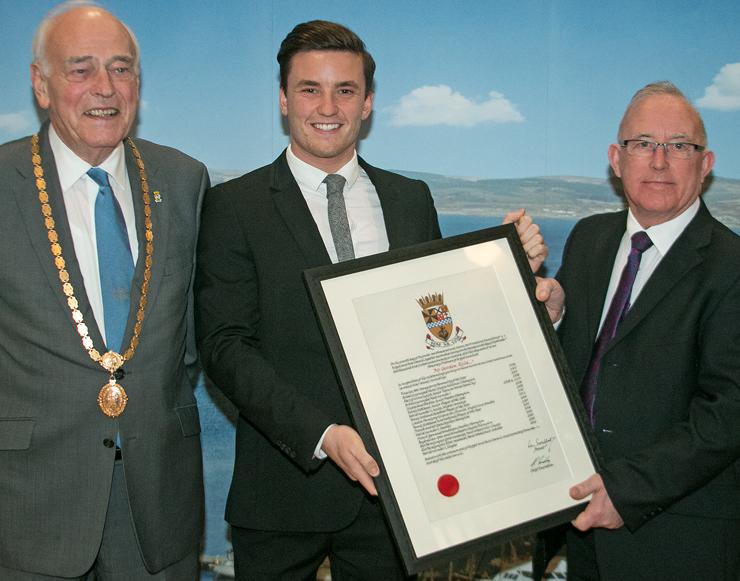