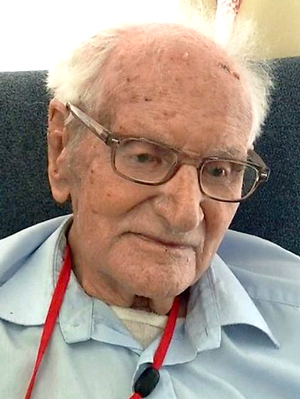 AN ENGINEER who worked with Helensburgh TV pioneer John Logie Baird died shortly before Christmas at the age of 104.

Andy Andrews was 14 years-old when he left school to work as an apprentice engineer, and a few days before his death he spoke to BBC News Oxford about his days with the inventor.

Mr Andrews started working at B.J.Lynes, the main sub-contractor that Baird had used. He did do work for Baird as an engineer with Baird's preferred sub-contractor.

Heritage Trust treasurer Stewart Noble said: "I was disappointed to note an error in the BBC article. It says 'an exciting flourish of activity followed, which saw Baird . . . send the first TV pictures under the sea to the USA in 1928.'

"I checked this statement in the book 'Television and Me', and it clearly says 'I started to transmit, sending the television signals by telephone line to Purley where they were put on the ether by a transmitter operating on a wavelength of 49 metres'."

An article about the interview can be found here.