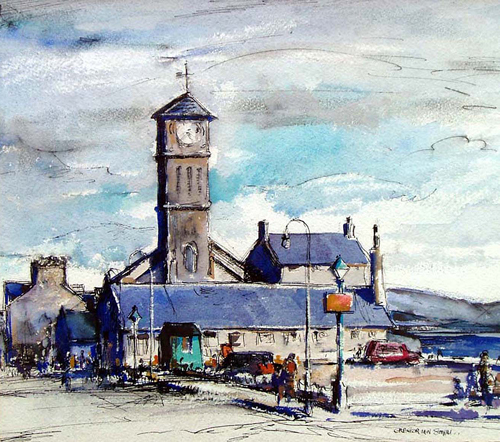 THE Anderson (Local Collection) Trust exhibition from January to June upstairs in Helensburgh Library on West King Street focuses on the built environment of Helensburgh and surrounding area.

This encompasses not only the well known architectural gems of the Victorian period, but also less significant buildings — reminders of a time when fishing and farming were the main occupations and travel was predominantly by ferry not by rail.

It was the arrival of Henry Bell’s paddle steamer 'The Comet' and then, in 1858, the railway link with Glasgow that gave rise to the great expansion of the town.

The resulting demand for quality dwellings attracted to this area some distinguished architects, among others, Charles Rennie Mackintosh, William Leiper, A.N.Paterson, and Bailie Scott.

It also attracted artists, inspired to capture the character of the town — its buildings and its surroundings.

As the name of this Trust implies, the paintings in the Collection all have a local connection, either by subject matter or local residency of the artist. 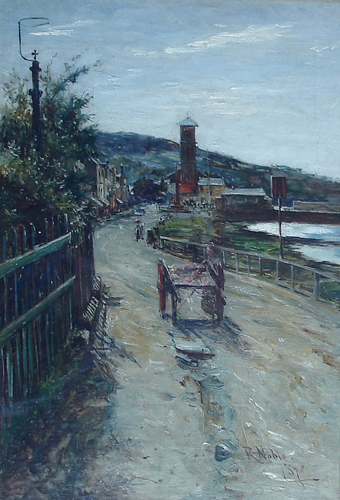 Some of the paintings that provide the most detailed insight into the town in earlier times were created by artists who both lived and painted in the area, in particular, A.N. Paterson (1862–1947), an architect by profession, and Gregor Ian Smith (1907–1985).

The family of artists living in the Portincaple area, James Kay and his daughter, Violet Kay, also succeed in evoking the little changed character of the Loch Long area.

Then, there was a coterie of artists, some belonging to that acclaimed group 'The Glasgow Boys', who gathered in Helensburgh to paint, among others, James Guthrie, James Whitelaw Hamilton, and James Paterson, all of whom are represented in this exhibition. 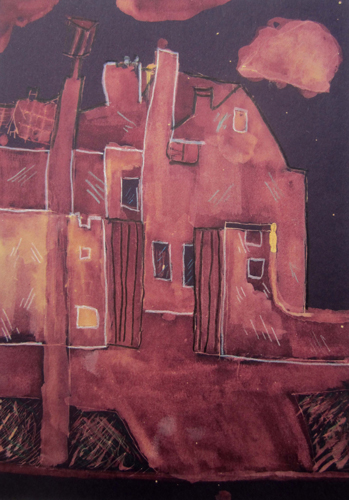 It is not surprising that some well-loved scenes feature in paintings by more than one artist. Where possible, such paintings are displayed near each other to enable comparison between the way that different artists respond to the same view.

Surprising, though, that the building most frequently associated with Helensburgh, Charles Rennie Mackintosh’s 'Hill House', appears in only one of the Trust paintings — an ingenious mixed media view of the house by 14-year-old Nathan Walker, a prizewinner in the Schools Art Competition organised by the Anderson Trust in 2015.

The topographical nature of this Collection has always been a strong point of interest for local residents. Many of the views represented in the paintings on display are still recognisable today, and others may suggest interesting comparison between the same area, say, 100 years ago and today.

The exhibition is open during normal library opening hours, as listed on the home page of this website.