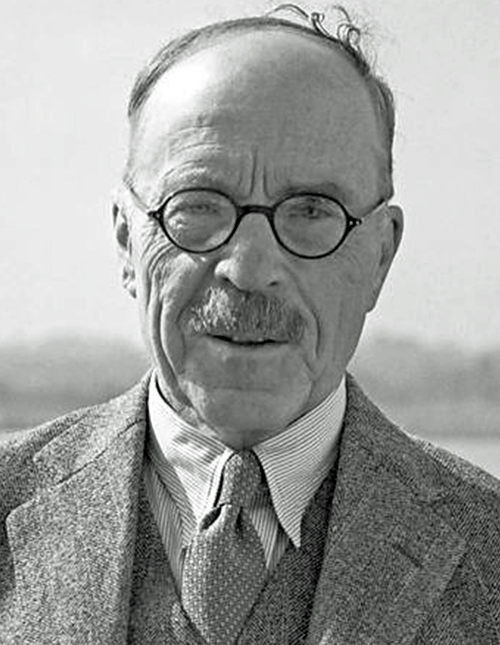 A team of six headed by Sir Henry went to America with a black box of secrets. With him were two of the world’s experts in radar, Dr Robert Watson-Watt and 24 year-old genius Edward Taffy Bowen.

Tizard was a former military pilot and chair of the Aeronautical Research Council, and previously headed a Government air defence committee to explore the possibility of a death ray.

He enlisted Watson-Watt, who did not favour the concept but instead developed radar as a way of detecting approaching enemy aircraft and was responsible for the chain of radar stations that played such an important role during the Battle of Britain.

The Tizard Mission took secret documents to the USA for safe keeping following the fall of France and possible invasion. The contents were to be shared with the Americans.

Tizard invited Watson-Watt and Bowen to form part of the delegation because of his earlier work with the two scientists. Bowen was made personally responsible for the box during its journey to Washington.

Retired Merseyside newspaper editor Robin Bird — author of two books about MAEE — tells me: “Now it can be revealed that Sir Henry, Watson-Watt and Bowen were at RAF Helensburgh shortly before the Tizard Mission.

“They are listed among eight VIP visitors at the Marine Aircraft Experimental Establishment regarding developments in ‘experimental warfare’.

“In hindsight this was a significant visit. MAEE was involved with trials of the new ASV long range air to surface radar, Bowen having conducted the first trial using ASV radar to detect submarines in December 1939. 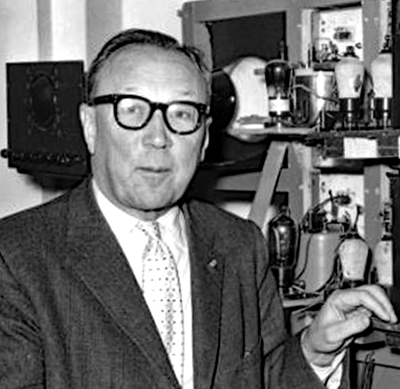 “MAEE adapted it for use by Coastal Command Sunderlands and lend lease Catalinas, and airborne ASV radar proved to be a major weapon in the ultimate defeat of Germany’s U-Boats.

“What exactly the meeting at Helensburgh was about we will never know. No doubt ASV radar was on the agenda — and possibly developments in anti-submarine warfare.

“The fact that we know Tizard, Watson-Watt and Bowen were at Helensburgh is down to a contemporary report on MAEE at the National Archives in Kew, London.

“It merely states the names of official visitors to RAF Helensburgh for discussions about possible developments in war requirements. I recently had the chance to inspect it.”

Robin recognised the trio as members of the Tizard Mission. The other VIPs visiting Helensburgh at the same time were Air Commodore C.E.W.Lockyer, H.Grinstead OBE, Group Captain W.Wynter Morgan, Dr E.R.Richardson of the Admiralty and Air Vice Marshall C.W.Nutting C.B.E.

Lockyer was a senior figure with the Ministry of Aircraft production specialising in experimental aircraft and radar.

Wynter Morgan, as deputy director of armaments, Ministry of Aircraft Production, would play a major role in the trials of the Barnes Wallis bouncing bomb, conducted by the MAEE.

Nutting was an expert in the use of signals and radio waves. During World War One he was a wireless operator with the Royal Naval Air Force, but in World War Two he was Director General of Signals.

“The fact that these VIPs were at Helensburgh, when the Battle of Britain was reaching its height, indicates that it was an important meeting prior to the forthcoming Tizard Mission,” Robin said.

“It also underlines the important role that the MAEE played at Helensburgh in developing aircraft, weapons and radar.”

Tizard flew to America on August 14 1940, aboard the Empire flying boat Clare. 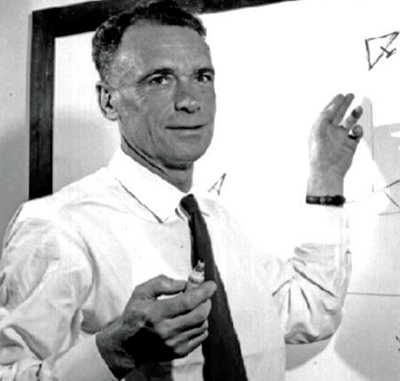 They had been converted for war at RAF Helensburgh but were destroyed during a secret mission to Norway.

The black box of secrets was deemed too valuable to be taken by air, and the other members of the mission followed with the box aboard ship.

Bowen’s black box included his revolutionary Cavity Magnetron Number 12 which he nearly lost at Euston Station when an over-eager porter went off with it.

At Liverpool Bowen and the suitcase-sized black box were escorted by the Army aboard ship. If the ship was attacked by a U-Boat while crossing the Atlantic, Bowen had orders what to do.

The box had holes drilled into it, so it would not float and fall into enemy hands. Inside the box were classified memorandum and blue print plans ranging from an A-Bomb to Whittle’s turbojet engine along with Bowen’s magnetron.

The Americans were immediately impressed by the magnetron — in fact: they were ‘gobsmacked’. It was 1,000 times more powerful than the best American transmitter, and it was so small it could fit in an aircraft.

This airborne radar device sent out the signal that British technology was far ahead in many respects than that of the Americans. It could be used to beat the Germans.

The USA in response agreed to share its technology secrets with Britain, and as the war progressed this proved true.

A senior British scientist at Helensburgh at the time was John Allen who moved to Farnborough when MAEE ceased operations in 1953.

A fellow scientist at Helensburgh, James Hamilton, also had an illustrious post war career in aviation. He was knighted for his design work on the supersonic Concord aircraft.