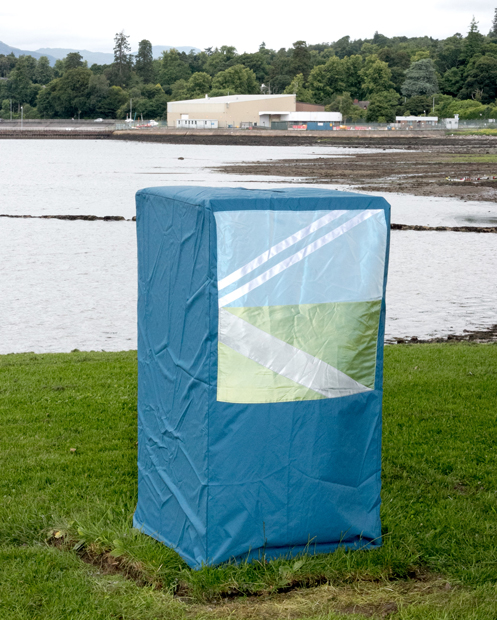 A JOINT VENTURE between Helensburgh Heritage Trust and the Airfields of Britain Conservation Trust resulted in a memorial to RAF Helensburgh and the Marine Aircraft Experiment Establshment men and women being unveiled at Kidston Park, overlooking the remaining Rhu Hangar and the Gareloch where seaplanes took off, on Saturday July 1. 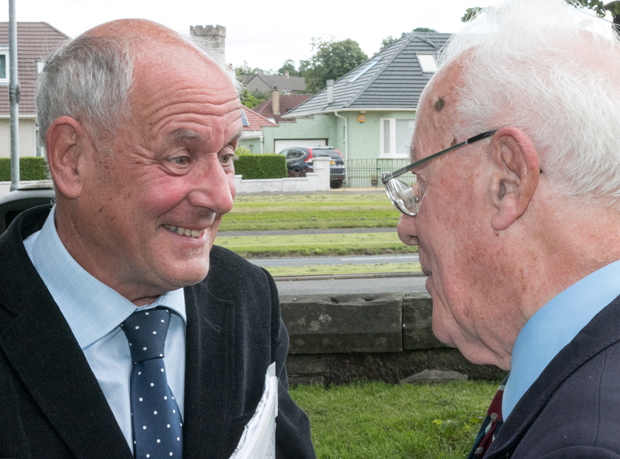 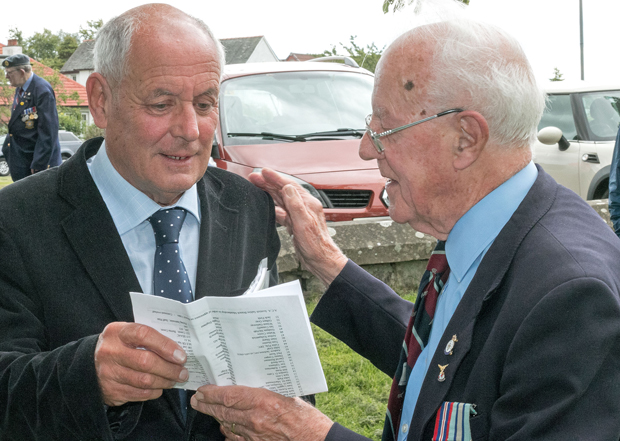 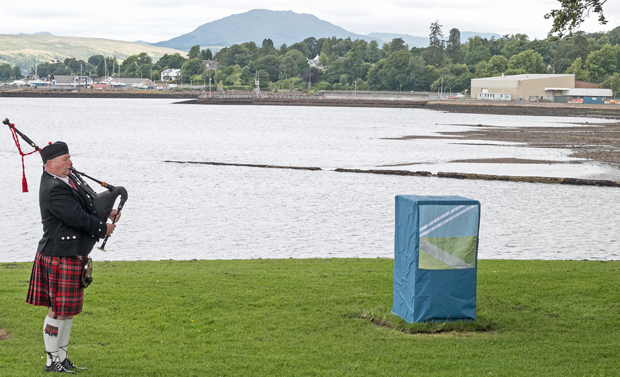 Piper Russell McKinnon, who served in the RAF, plays before the unveiling. 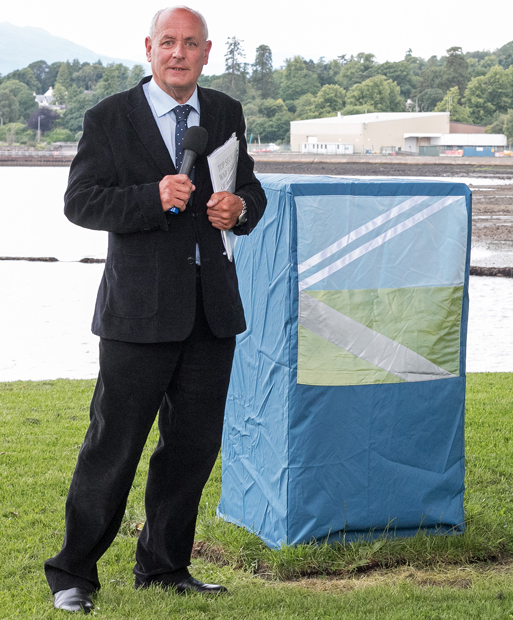 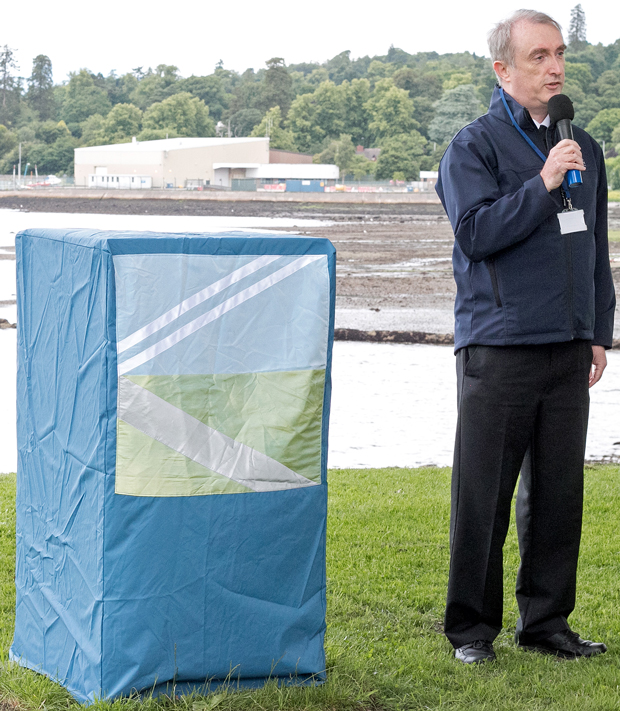 Kenneth Bannerman, Director General of the Airfields of Britain Conservation Trust, speaks before the unveiling. 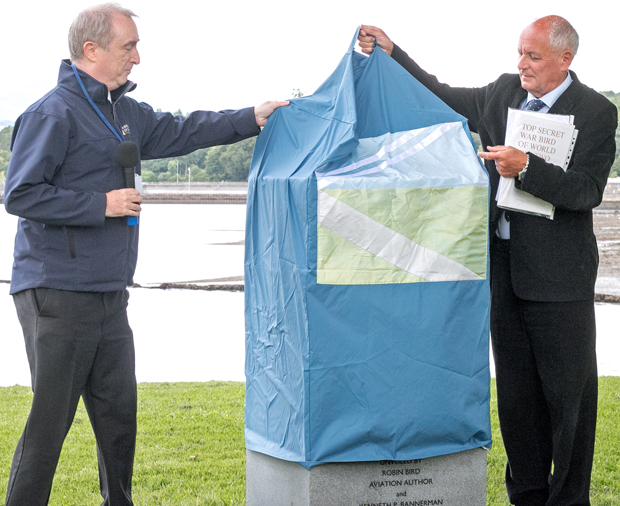 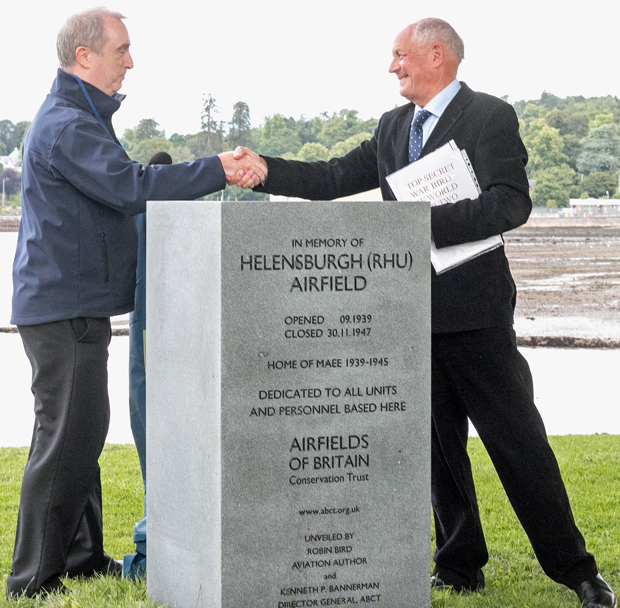 Kenneth Bannerman and Robin Bird after unveiling the memorial. 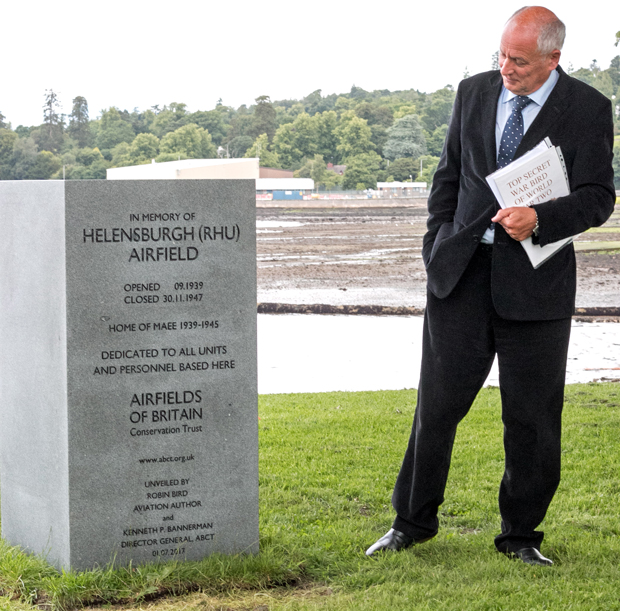 Robin Bird studies the wording on the memorial. 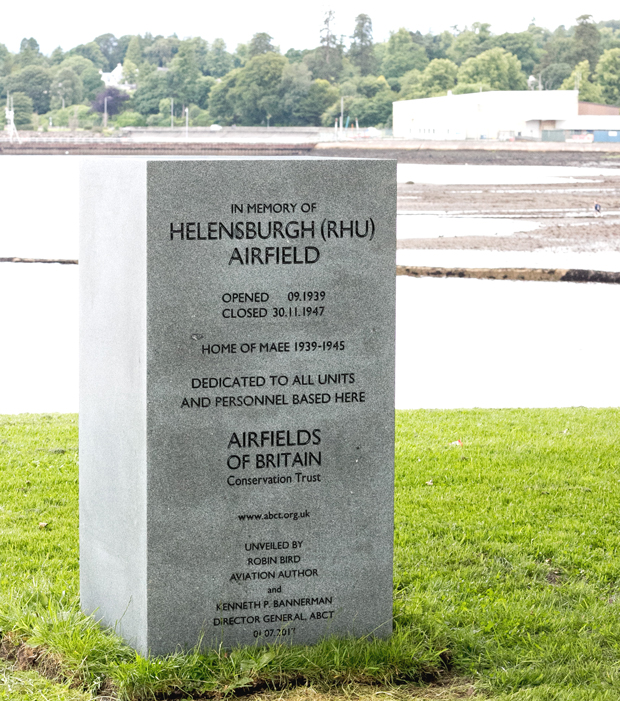 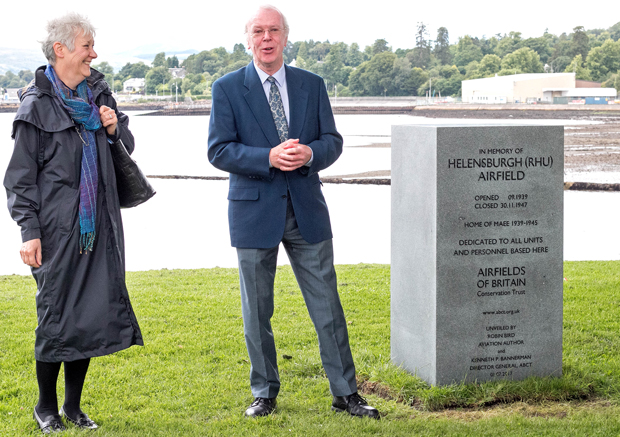 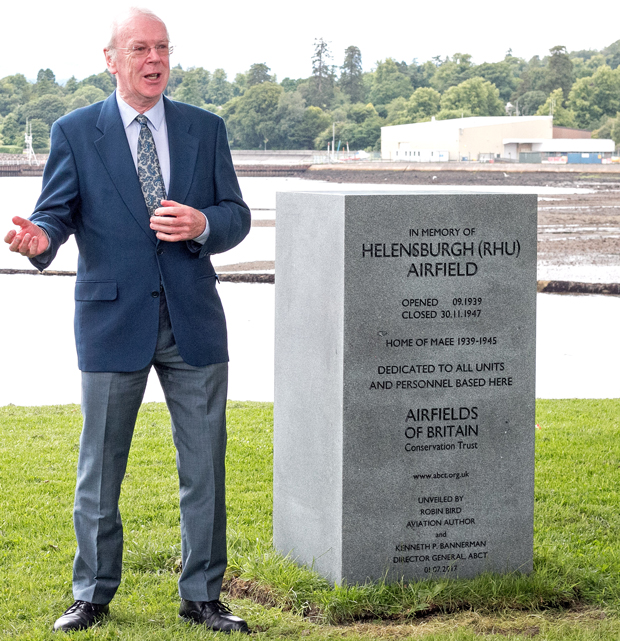 Stewart Noble speaks after the unveiling. 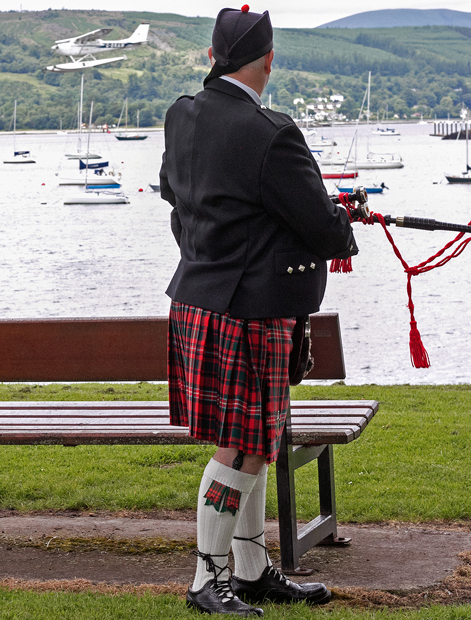 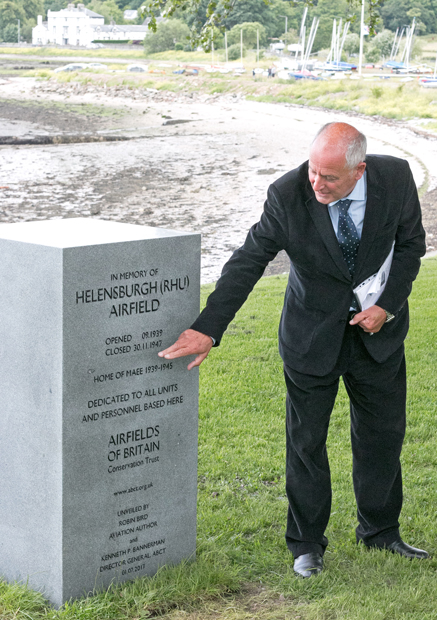 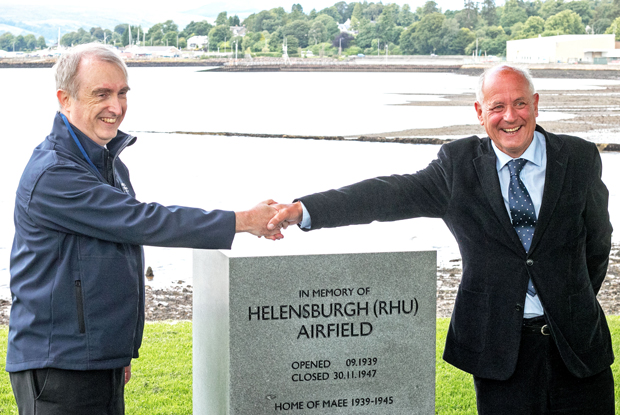 Kenneth Bannerman and Robin Bird pose for a press picture. 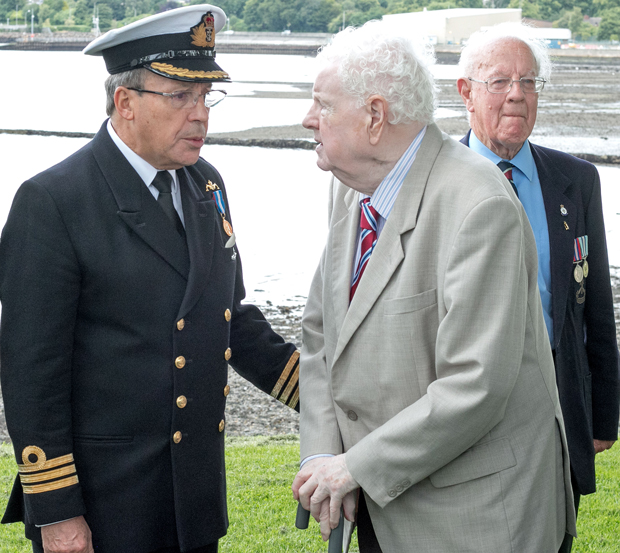 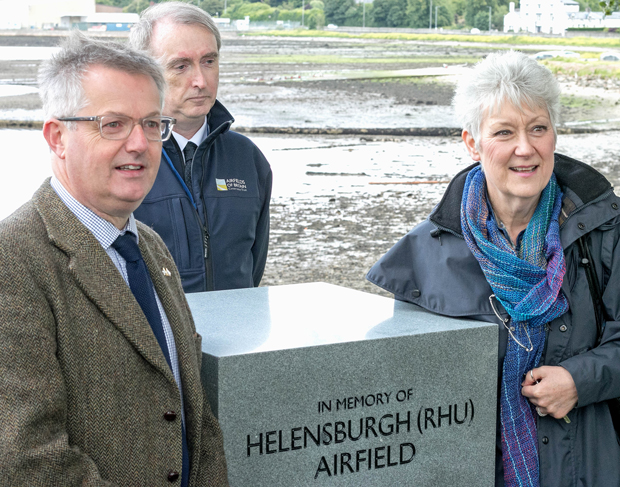