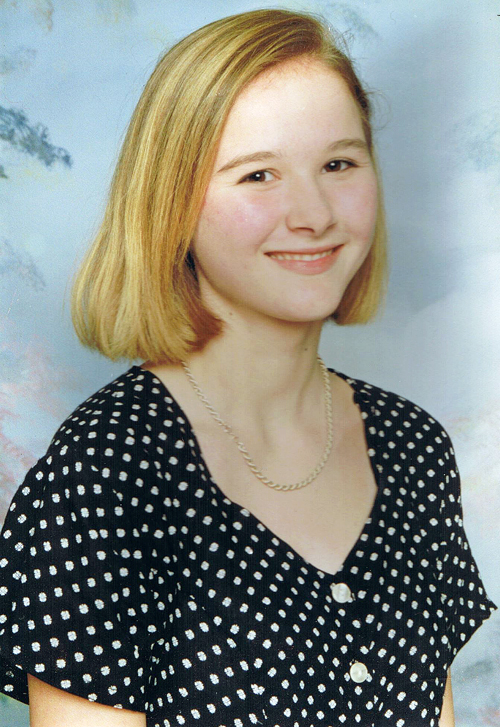 A 2017 APPEAL for information to solve the mystery of the murder in Germany of a former pupil of Helensburgh’s Lomond School in 1993 received massive traditional media and social media coverage.

Christina Menzies, who was 16, was attacked and strangled near the British military airfield RAF Gütersloh after attending a disco in Club 47 at the base on June 12.

Parents John and Christina Menzies, both 58 and from Glasgow, were living at the base after moving from Korea where Mr Menzies worked for the Army. In Germany he was a Staff Sergeant administrator with the Royal Air Force.

Christina had been a boarder at the town school, as her brother John — now a doctor — was at the time.

Mr Menzies said: “We chose to send them to Lomond as it was close to Glasgoe and accepted both boy and girl boarders.”

On the anniversary of her death Mr Menzies launched an appeal in a Facebook post which was shared more than 30,000 times on the first day it appeared.

A classmate of John said that he thought that, with Helensburgh being home to many current and former forces families, it was a story which might resonate with them.

He said: “Christina was in the year above me at Lomond and John was in my class. I thought at the time they had caught the killer but apparently not.

“They were at Lomond for a good few years, I think. John stayed on for a while but I am not sure how long.”

The case was shrouded in mystery, and the murderer was never found or brought to face justice.

In between the time she was with friends at Club 47 to when she was discovered dead beside a motorway six miles away the next day, little is known about what happened.

The tragedy made headlines across Europe at the time. A soldier was tried at a court martial in Germany for murder in 1994 but was found not guilty.

The Royal Military Police have carried out a review of her case which concluded that there were grounds for a re-investigation.

The investigation has been launched, and an appeal for information was featured on the Crimewatch Roadshow on the 24th anniversary of her murder.

Her father is hoping someone out there might have the answers to their questions.

He posted on Facebook: “Christina went to a disco and she never came home. She was found dead the next day around 10km from the camp. She had been strangled. No-one has been convicted of her murder.”

He is asking anyone in Germany at the time to think back to that time.

“You will probably have heard about Christina’s murder as it was a very big story at the time, both in the services community and in the UK as a whole,” he wrote.

“If you have any information, or know someone who may have information no matter how insignificant it might seem, please pass it to the Special Investigations Branch of the Royal Military Police.

“Now 24 years have passed and most of the people that were in Club 47 that night will have children of their own. These changed circumstances may allow them to look at it in a fresh light. 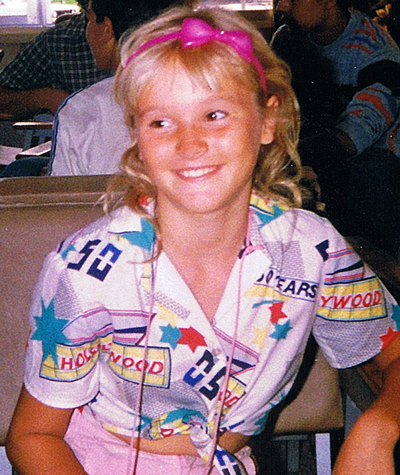 “Some people may have held back information at the time because they didn’t want anyone to know they were there, or they were protecting friends.

“After many years of standing still it is hoped that this appeal will be the first step towards achieving justice for Christina.”

Mr Menzies said the response had been ‘overwhelming’, and added that he would be going through each comment carefully.

The Royal Military Police confirmed that it was investigating the unsolved murder of Christina, and the case had been reopened in 2014 under the name Operation Gemini.

A spokesman said: “In November 2014 we were exploring a number of lines of inquiries, but so far no new lines have been discovered — so we are opening up the appeal to the public for more information.

“At the moment the investigation is ongoing. We are appealing for anyone who may have known her or her whereabouts to get in touch.”

In particular they are keen to hear from anyone who was present at Club 47 on the night in question who have not been spoken to by the Military Police before, or who can provide information as to Christina’s whereabouts between leaving Club 47 about midnight on June 12 1993 and the discovery of her body at 1645 on Sunday June 13 1993.

The RMP are also seeking information about Christina’s shoes which were missing when her body was discovered, and a Union Jack quilt which may have been used to cover the body.

In 1995, an early day motion was submitted to the House of Commons by the then Labour MP George Galloway to discuss the police’s investigation of Christina’s murder. It was signed by seven members of parliament including the now Labour leader Jeremy Corbyn.

A good student at Lomond, Christina excelled at English and was an avid reader. “She always was interested in books,” her father said, “and she liked writing stories.

“Christina was a generous, kind and loving person who liked to help other people. At the time, she hadn’t long come back from boarding school — and it was great to have her part of the family again.

“There have been a lot of things missing in my life. My daughter would have grown to have a life of her own, and she would have gone on to get married or have children.

“But that’s something that’s not happened, and my life has felt emptier for that.”

The teenager, who would have had her 40th birthday this year, was described by her father as the sort of person who had friends all over the world, and talked of becoming a social worker to help others or a journalist. 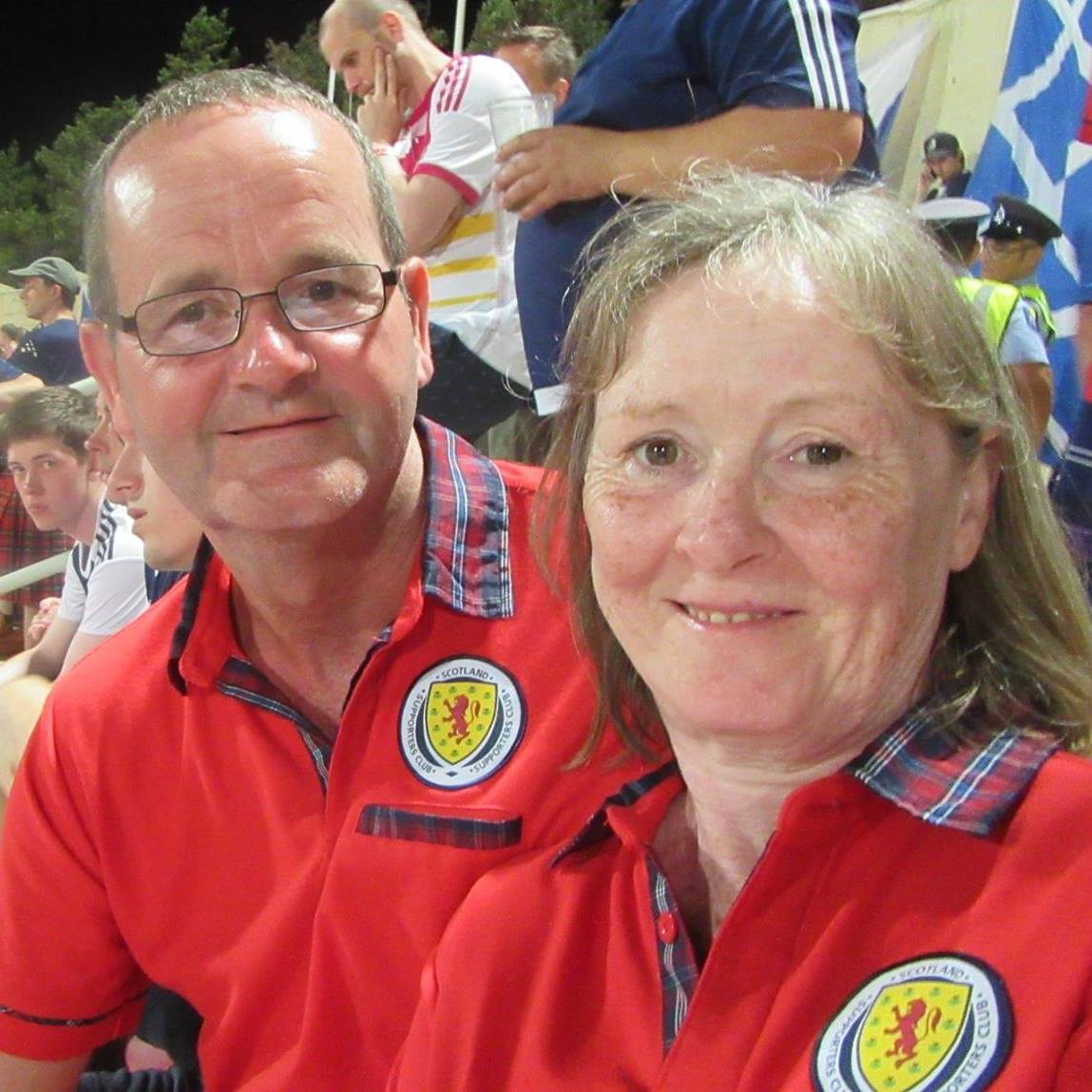 He said that they knew something was wrong almost straight away when she failed to meet them at midnight after the disco had ended.

“It was completely out of character for her and it was not like her at all,” he said. “She would never have stayed out all night and not have contacted us. We knew it was serious.”

He and his wife (pictured left), who have been married for 41 years and now live in Kirkintilloch, remain united in their quest to get justice for their daughter.

They hope that with the help of social media and improved police technology, new information will help piece together parts of the case.

Mr Menzies added: ‘The police are looking at everything with a fresh pair of eyes. I want it to be solved once and for all so we can all get closure.”