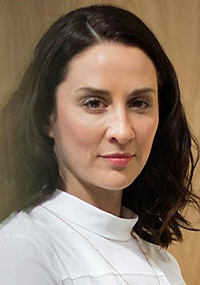 She received the award at a glittering awards ceremony at SWG3 in Glasgow on Thursday attended by over 200 people — and has also been chosen for a new Agatha Christie series.

Amazon has struck a multi-show deal with Agatha Christie Productions for U.S. rights to seven dramas based on the author’s works. All will ultimately be available on Amazon Prime.

Details of Morven's earlier career can be found here.