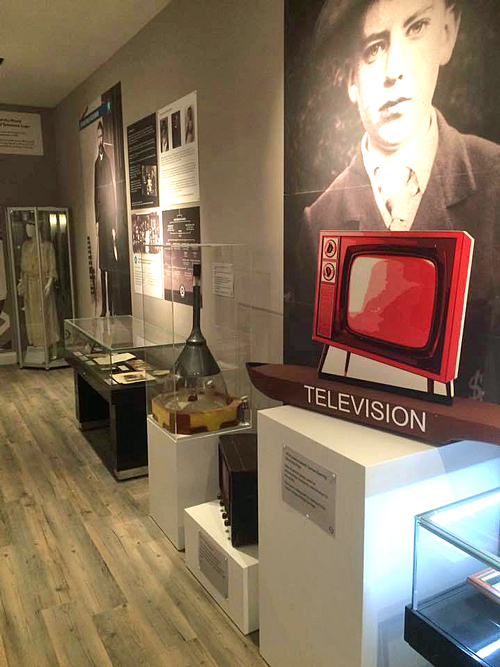 HELENSBURGH'S new Heroes Centre opened to the public today to celebrate the town’s past and give a taste of the project’s future.

Nine years after the idea was first proposed by Phil Worms, it became a concrete reality after a benefactor ‘literally fell out of the sky’.

The base at 28 Sinclair Street features an exhibition area and visitor centre, with gifts on sale, while a 50s-style Hucksters Café — named after the film which saw Helensburgh-born Deborah Kerr make her breakthrough — will open soon.

The Heroes charity’s chairman, Professor Michael Baker, said that the current premises had been leased for two years to show what could be achieved.

“We want to celebrate the past and show that anybody can be a hero, if only for a day,” he said. “To do this we now need to mobilise support from the community.

“We thought we needed to have this piece of physical evidence to show people what we might do.”

Fellow trustee Phil Worms said that phase two of the project, featuring training and an incubation space for business start-ups, would start soon.

“There is only one John Logie Baird or Henry Bell, but there may be another yachting hero like Emma Richards or wheelchair tennis star like Gordon Reid among us,” he said.

“The question that has always been at the heart of this for me — is what can you do in this town as a young person?

“Could we not do something where young people can congregate with their mates and chill out?”

The former RB Steel premises are open seven days a week from 9am to 9pm.