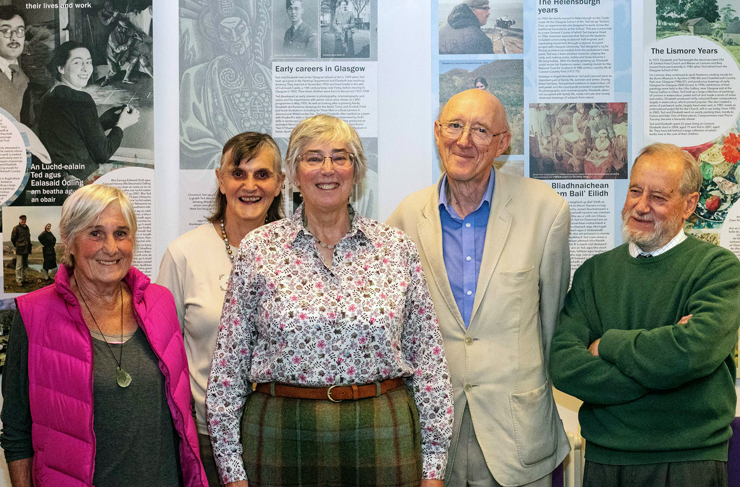 AN EXHIBITION of work by local artists Ted and Elizabeth Odling opened in Helensburgh on Saturday.

Following the success of the exhibition of her parents work which daughter Noelle set up on Lismore last autumn, it has been moved to Helensburgh Library on West King Street and will be open until October 31.

In 2012 their family donated two paintings to the Anderson Trust Local Collection, and Noelle published a book of their work.

Pictured at the well-attended opening are, from left, Mary Duncan, Barbara Bruce, Noelle Odling, David Bruce, and Kim Selwood, who organised and hung the exhibition.