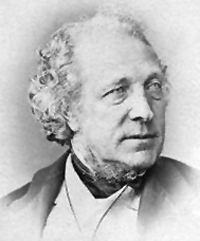 AN EARLY visiting artist who came to Helensburgh to paint taught both Queen Victoria and her daughter Princess Louise.

William Leighton Leitch, who was born on November 22 1804 in Glasgow, near the Royal Infirmary, liked the open aspect of Helensburgh seafront and captured it in watercolour sketches.

Four of his local sketches are looked after in the Anderson Trust Local Collection at the burgh library in West King Street.

Andrew MacGeorge, who lived at Glenarn, Rhu, wrote a biography of Leitch, under whom he studied at local classes forty years apart. It was published by Blackie & Son the year after the artist’s death.

The son of Richard Leitch, a soldier who had previously been a sailor, he soon developed a strong inclination for art, and used to practise drawing at night with Daniel Macnee, afterwards Sir Daniel, president of the Scottish Academy.

He showed an aptitude for drawing from an early age. He is known to have copied pictures he saw, and he also regularly sketched outdoors.

After a good general education aimed at a career in law, he found employment in a lawyer’s office and quickly went off the idea of being a lawyer. Next he worked as a weaver, then as an apprentice to a Mr Harbut, house-painter and decorator.

In 1824 he was engaged as a scene-painter at the Theatre Royal, Glasgow, and at a Choral Union practice he met Susannah Smellie. They married when he was in his 20th year, and she bore him five sons and two daughters before she died in 1868.

When the theatre was failing because it was too large and too costly, he spent two years at Cumnock and Mauchline in Ayrshire, painting snuff boxes, and his work attracted the attention of the Marquis of Hastings.

Next he moved to London, where he made the acquaintance of eminent artists David Roberts and Clarkson Stanfield, and worked as a scene-painter at the then Queen’s Theatre on Charlotte Street.

In 1832 he moved on to the Pavilion Theatre, and managed to do some drawing and painting, exhibiting that year at the Society of British Artists.

He had some lessons from Copley Fielding, and was employed by Mr Anderden, a stockbroker, to make drawings for a work he was writing.

After exhibiting two drawings at the Society of British Artists in 1832, he travelled to the continent in 1833, passing through the Netherlands, Germany, and Switzerland to Italy.

While in Venice he met and became friends with the Hungarian painter, Miklós Barabás. They toured and painted in the Lago Maggiore region in 1834, and Leitch was a great influence on Barabás’s future work.

For four years, Leitch supported himself mainly by teaching, visited the famous principal cities of Italy, and made numerous sketches there and in Sicily. He returned to London in July 1837.

He now devoted himself almost entirely to teaching and drawing in watercolours. He had great success as a teacher and could count many members of the aristocracy and high society amongst his pupils.

He was introduced to Queen Victoria by a pupil, Lady Charlotte Canning, who was Lady of the Bedchamber to the Queen from 1842-55, and became the drawing master to the monarch and royal family for 22 years.

During these years he taught at Windsor, Balmoral, Osborne and Buckingham Palace.

Princess Louise, who spent much of her adult life at Rosneath and was a keen watercolourist — one of whose paintings hangs in Helensburgh Library — was taught by him, and the Princess of Wales was his last pupil. When she heard of his death, she sent a wreath.

It was said at the time that Leitch taught Princess Louise the principles of composition and of light and shade during their expeditions to places of scenic beauty.

The artist said of one expedition: “H.M. sitting in the middle of a country road, with a great rough stone out of the river to put her paint box on, Lady Churchill holding an umbrella over the Queen’s head, and I seated near her so that she could see what I was doing.

“The Princess Louise was on my right hand, sitting on a big stone, and working away at her drawing. There was lot of talking and laughing, and nearly two hours passed away very soon.”

Leitch exhibited occasionally at the Royal Academy between 1841 and 1861, never more than one picture at a time, and in 1862 was elected a member of the newly formed Society of Painters in Water-Colours.

From then he contributed regularly to its exhibitions but did not exhibit elsewhere. He served as the society’s vice-president for 20 years.

In 1854, because of poor health, he accompanied a pupil, Sir Coutts Lindsay, on a four-month Italian tour, making many beautiful drawings.

A victim for many years of repeated severe headaches, Leitch died on April 25 1883 at his home in St John’s Wood, London.

A posthumous collection of his works was exhibited at the Institute of Painters in Water Colours gallery in Piccadilly.

Only two of his children survived him. His eldest son, Robert, a good watercolour painter, died in 1882.

Leitch was a master of his art, which was based on a profound study of nature and of the great masters, especially Turner in his prime.

His works are marked by their graceful composition, their pure colour, and the brilliant effects of atmosphere.

Among the books illustrated with engravings from his drawings are the Rev Robert Walsh’s “Constantinople and the Turkish Empire” (1838); George Newenham Wright’s “The Rhine, Italy and Greece” (1840), and “Shores and Islands of the Mediterranean” (1841), William Brockedon’s “Italy” (1843), Sir T. D. Lauder’s “Memorial of the royal progress in Scotland” (1843), and John Parker Lawson’s “Scotland delineated” (1847–54).

The sketches in his possession at his death, with a very few finished drawings and oil pictures, were sold at Christie’s in March 1884, and brought upwards of £9,000 — the equivalent of just over £1 million today.

Queen Victoria acquired many works by him, and they remain in the Royal Collection today.

Art historian Scott Wilcox said of him: “In several respects Leitch’s career is the epitome of the popular Victorian artist.

“His progression from scene painter to highly regarded member of the artistic community followed the pattern of the other popular Victorian painters like David Roberts and Clarkson Stanfield.

“The combination of teaching and a productive career, which Leitch achieved rather more felicitously than most, was a necessity for any nineteenth century watercolourist.”

A thesis on Leitch presented to the College of Fine Arts of Ohio University in 2013 by Carolyn A.Hageman concluded: “I believe that Leitch’s value is in both his career and his work.

“He was unique in his ability to successfully sustain a career predominately as a watercolour artist while also being a tutor.

“The strength of his watercolours can be found in his ability to create a sense of place through his sophisticated understanding of colour and his command of the medium.

“The visual effects of light and atmosphere present in his work create a layer of authenticity that is balanced by his attention to detail. Through these strengths Leitch was able to create images that evoke a sense of calmness and harmony.

“His role as a teacher became a key part of his identity and was integral to the success of his profession.

“His student body was composed mainly of genteel amateurs that were satisfied in achieving their own personal best and had no aspirations towards becoming professional artists.

“These students became Leitch’s patrons, allowing him to deal with them directly, eliminating the use of a dealer. Financially this was beneficial for Leitch but kept his reputation limited to this social circle.”