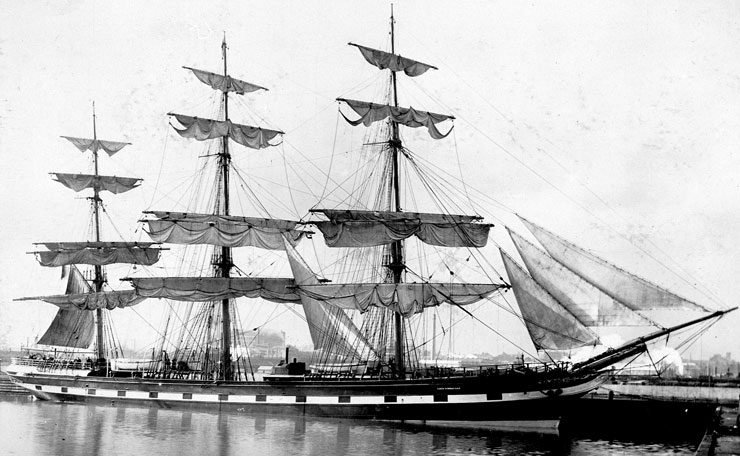 AN ELDERLY Australian is trying to find out more about his family who lived in the Kilcreggan area until they emigrated Down Under in 1877.

Don Anderson, who is in his 80s, has already done a lot of research, and he is very keen to find the last few pieces of the family jigsaw and whether there are still any family members living locally.

His first research into ancestors on his father’s side uncovered John Orr, born in 1734 and died in 1842.

He said: “I have not been able to verify this information. It was created by a Late Uncle. I cannot trace his first wife, or when and where she died.

“Their children were William Orr who married Mary Campbell. They had children Christina and Robert, and Christina married Captain Robert Warden in 1859, and they had five children, Robert Campbell, William Orr, John Sinclair Rangoon, Mary Jessie, and James.

He has a copy of the names and descriptions of Cabin Passengers for the sailing vessel “Loch Vennachar” (pictured) on a voyage to Melbourne, leaving on April 4 1877 and arriving on June 22.

This list shows Captain Robert Warden with his wife and children John age 12, Mary 10, James 8, and and an infant Andrew, 8 months old.

Don said: “As to why Robert and William did not emigrate is a mystery, and without any information such as birth dates it is very difficult to find out more.”

The latest information from Ancestry using Don’s DNA found that he was 51% Scotland and Ireland (Munster), 46% England, Wales and north-western Europe, and 3% Norway.

“Since then there has been a constant flow from Scotland to Australia, New Zealand and the USA,” he added.

The “Loch Vennachar” was built in Glasgow in 1875. The three-masted iron sailing clipper disappeared in 1905 near Kangaroo Island off the mainland of South Australia, near Adelaide.

She operated between Great Britain and Australia between the late 19th century and 1905. The name was drawn from Loch Venachar, a lake which lies to the south-west of the burgh of Callander, in the Stirling district. The name means “most beautiful lady” in Gaelic.

In September 1905, she sank without trace and with all hands, leaving a spray of wreckage scattered along the south coast of Kangaroo Island.

In 1976, her extensively damaged remains were discovered in an average depth of 40 feet of water near West Bay, Kangaroo Island, by the Society for Underwater Historical Research.

Hopefully this information might ring a few bells in the Kilcreggan, Rosneath and Clynder area.