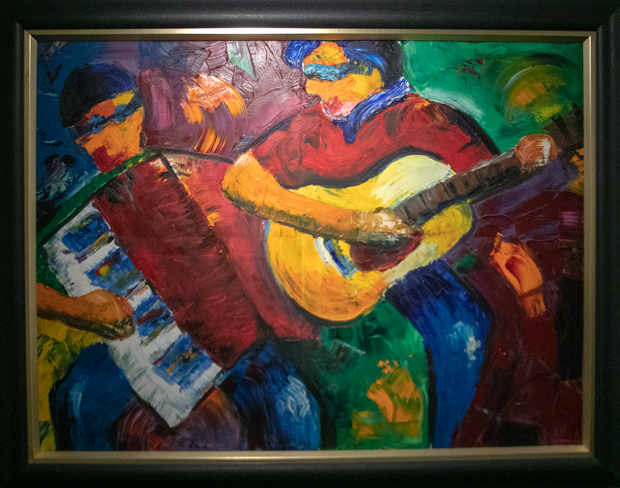 A NEW exhibition from the Anderson (Local Collection) Trust opens to the public in Helensburgh Library in West King Street on Saturday January 11.

The exhibition, which will remain open until June, encompasses two interests very close to the heart of its donor, Nance Anderson MBE: music and art. 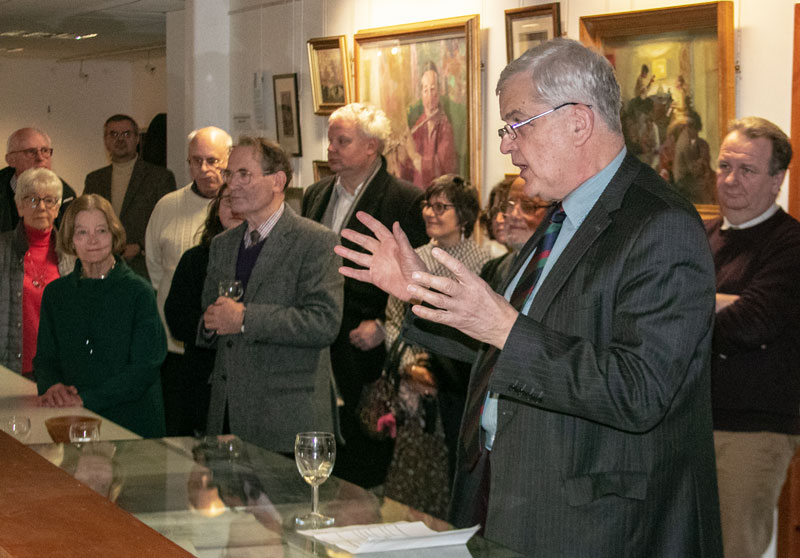 Many of the pictures on display were in the original bequest, but there are also a number of significant works on loan from private collectors.

The main aim of the Anderson Trust has been to respect the wishes of its donor in caring for this unique Art Collection for the benefit and enjoyment of the people of Helensburgh.

In this the Trustees have been greatly assisted by the helpful co-operation of, first, Dumbarton District Council and, for the past 20 years, Argyll and Bute Council.

Over the years, the Trust has much appreciated its links with other Helensburgh organisations and on this occasion the Trustees welcome the participation of artists from Helensburgh Art Club, whose works on the chosen theme add an interesting contemporary feature to the display.

Another popular local club, the Helensburgh & Lomond Fiddlers, launched the exhibition at a private viewing on Friday in a fitting manner with some lively fiddle music. West of Scotland MSP Maurice Corry (right) formally declared the exhibition open.

The focus on music which characterises this exhibition is also a strong interest of many of the artists represented in the Anderson Trust Collection. 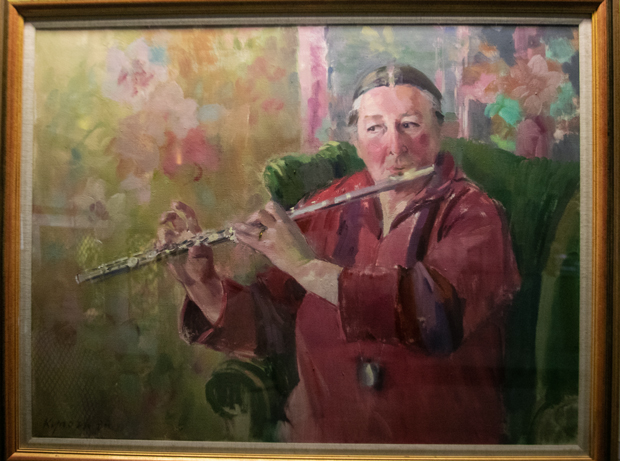 For instance, Ailsa Tanner (seen left in a portrait painted by Kathryn Kynoch and loaned for the exhibition by the Tanner family) was a talented artist and also a keen amateur flautist.

James Whitelaw Hamilton is remembered as an accomplished painter whilst his contribution to music locally is often overlooked. He was instrumental in establishing the Helensburgh Subscription Concerts and acted as its honorary secretary for many years.

Nance Anderson took a great interest in all the performing arts and, though not a performing musician herself, she is remembered for teaching author and poet W.H.Auden to whistle!

The artistic gene is also evident in Nance’s other great nephew, Jim Anderson, a professional artist, and even in the next generation through Matthew’s daughters, Phoebe and Georgina.

It is now 40 years since Nance Anderson’s death and the formation of the Anderson Trust. The original Collection of 34 paintings has grown to 126, thanks to generous donations and the occasional purchase.

People from Helensburgh and other parts of Argyll and Bute, and further afield, have been able to enjoy some 19 exhibitions in the excellent gallery space at Helensburgh Library. So it is time to be grateful and to celebrate a splendid local asset with this special exhibition. 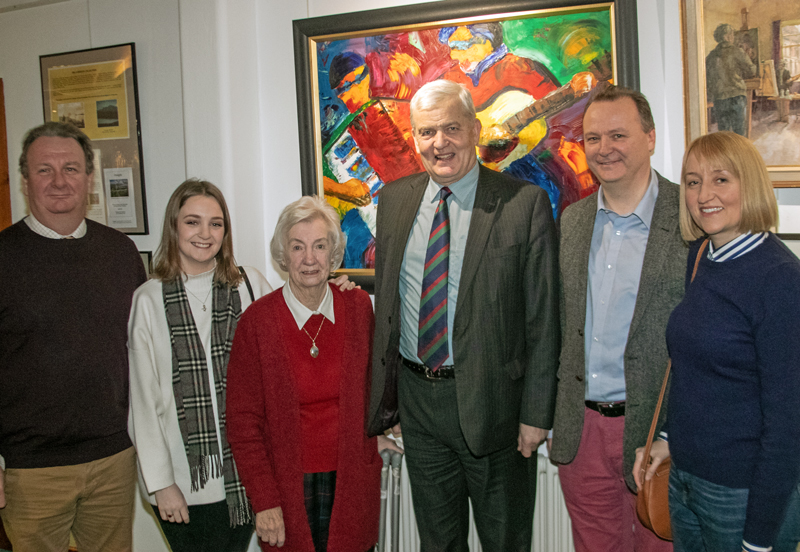 Members of the Anderson family with Maurice Corry MSP.

Helensburgh and Lomond Fiddlers play at the opening ceremony. 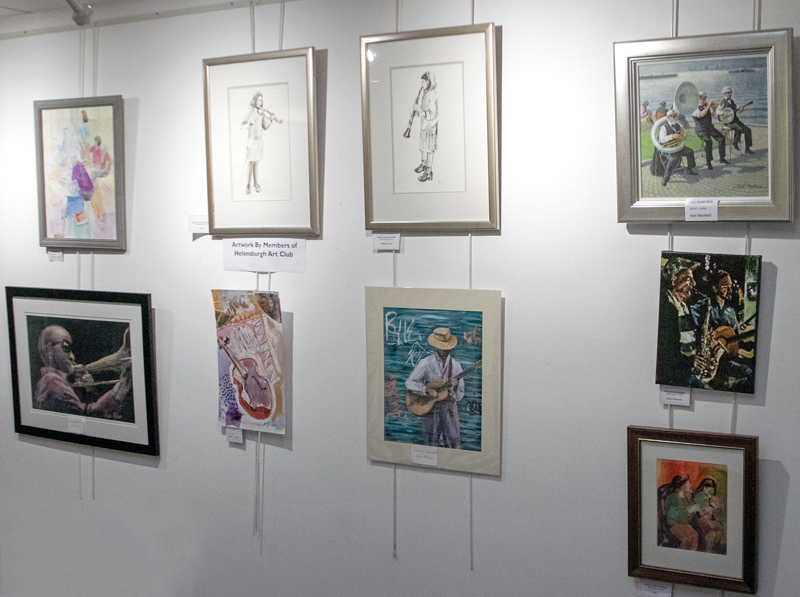 Some of the work exhibited by Helensburgh and District Art Club members.

"Keys, squeeze and strings" by Phoebe E.L.Anderson, daughter of Matthew and Yvonne Anderson.