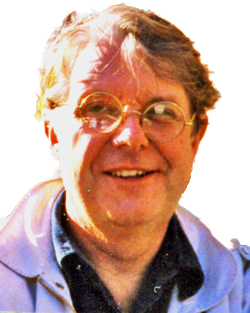 A UNIQUE tribute was paid on Wednesday March 3 in memory of a Kilcreggan man who had a huge impact in spreading the joy of music amongst people of all ages and abilities.

The Ronnie Walker Memorial Concert was held in Glasgow’s Royal Concert Hall in aid of the Musicians Benevolent Fund and Cancer Research UK.

It was organised by George Kelly of East Dunbartonshire Council as a mark of esteem for a highly respected and much loved colleague who died a few months ago at the age of 65 after a lifetime of making music appeal to all.

The concert featured a 300-strong choir of primary school children from East and West Dunbartonshire and Argyll and Bute — the area Ronnie covered when he was a musical adviser.

Children from Merklands special needs school took part as he always included an item in his concerts performed by pupils with learning difficulties, as did the choir of Fettes College in Edinburgh where his widow Joanne is head of the music department.

Helensburgh Dorian Choir, whom he conducted from 1984-92, also sang, and providing the accompaniment throughout was the East Dunbartonshire Schools Orchestra, augmented by professionals who worked with Ronnie and current tutors.