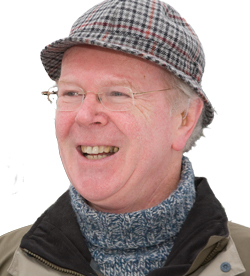 A PIECE of Helensburgh's history has turned up in a rather unexpected manner.

Heritage Trust chairman Stewart Noble says that it emerged from an application submitted for planning permission to demolish the closed Clyde View Eventide Home and to replace it with a new form of sheltered accommodation.

Part of the application included a series of maps showing Clyde View and the surrounding area over the years, and one of the maps came from 1898 and showed a railway goods yard towards the north end of where Havelock Place is today.

Stewart said: “I was asked if I knew anything about it. John McGregor's book ‘The West Highland Railway — Plans, Politics and People’, published in 2005 relates that, after the line was opened in 1894, various construction depots were retained for a while so that any necessary snagging on the line could be sorted out.

“My recollection is that the rock which was excavated from the cutting between the East Abercromby Street railway bridge and Helensburgh Upper Station was used to build the embankment up from Craigendoran to Kirkmichael.

“If I am correct, Havelock Place would have been almost midway between these two sites and hence ideal for a construction depot.”

Stewart thinks that the depot would have been removed within a few years of the opening of the railway, and he has never been aware of any trace of it on the ground. However he would welcome any further information.