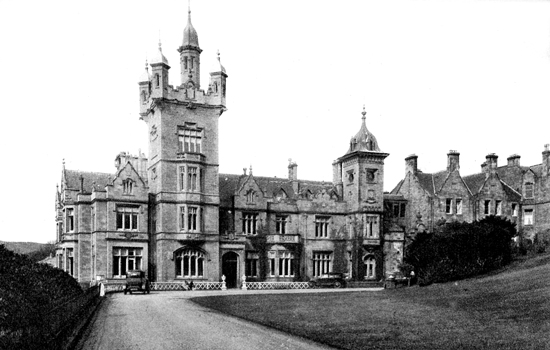 TURKISH baths on Garelochside were once a magnet for the rich and famous of the late Victorian age.

The attraction which brought them flocking from all over Britain was Shandon Hydro, a stately mansion which housed some of the finest state-of-the-art hydropathic baths, swimming and even indoor tennis facilities of its day.

Shandon Hydro was one of the more successful Scottish hydros and opened in 1880, surviving until the building was requisitioned at the start of the Second World War in 1939.

West Shandon House, built by in the 1840s by John Thomas Rochead for Robert Napier, often described as "the father of Clyde shipbuilding", was a prominent landmark and was renowned for housing Napier's extensive art collection. 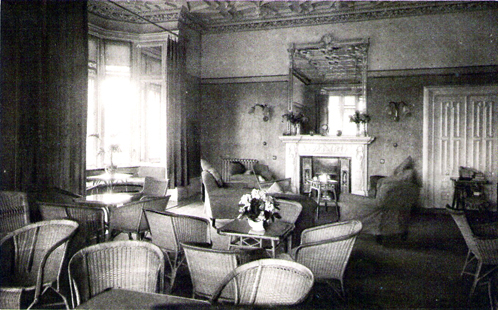 On his death in 1876, it was purchased by a largely Glasgow-based syndicate who added a swimming pool and the Turkish baths before opening it as a hydro.

Pictured (left) is the first lounge, with the second lounge pictured below right. 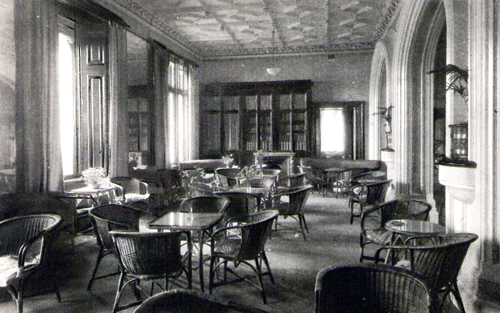 Shandon House had extensive well laid out grounds, kept magnificently groomed by an army of gardeners.

Guests and their visitors were able to buy cut flowers, small bouquets and greenhouse plants from the gardener who visited the conservatory twice a day to take orders.

And what is more, guests were also able to buy the "famous Shandon Grapes" when they were in season. Moet and Shandon anyone?

A four page "Winter Circular", published at the end of the 19th century, laid down a set of very strict rules for guests which were still reportedly less severe than in other similar establishments.

Lights in the public rooms were turned off at 10.30pm and visitors were requested to turn off the gas in their rooms by 11pm. However candles were provided for ‘delicate persons' when wanted. 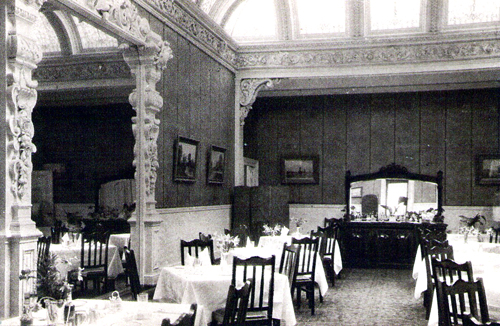 Children were not allowed in the drawing rooms without their parents, nor in the dining room (left) except under special agreement with the management.

Way before their time the Shandon Hydro refused to allow smoking anywhere in the house except in the billiard room and the conservatory. 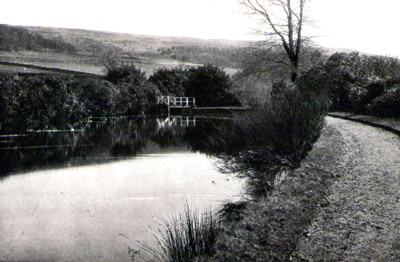 As in other hotels in that era — and in a very few top hotels today — the boot boy collected the guests shoes for cleaning in the early evening and brought them back in the morning.

Visitors were also requested not to engage in loud conversation in the corridors and bedrooms after 11pm.

In the extensive manicured grounds, which included a massive greenhouse, the attractions even boasted a well stocked fishing pond (above right). 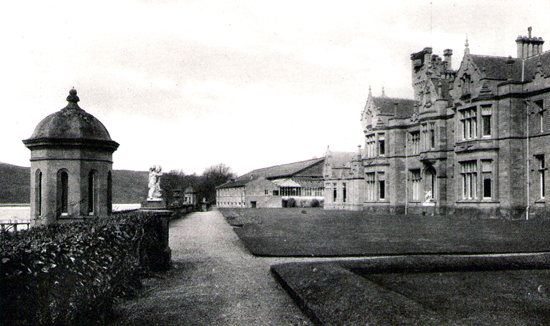 The story of Robert Napier can be found elsewhere on this website using this link.