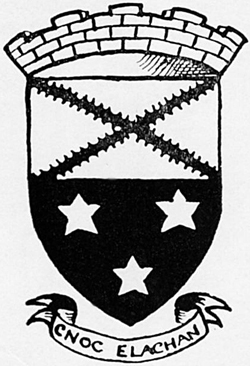 The District Court sat for the last time in the burgh on Wednesday December 9, with JP Andrew Nicolson from Rhu on the bench. From 2010 it and all the other local courts are being held in the enlarged and refurbished court building in Dumbarton.

Local courts in their various incarnations — Police Court, JP Court and District Court — often heard some of the stranger cases to come before the justice system, and, appropriately, one such case featured at the last sitting in the Municipal Buildings.

One of the final accused faced a charge of stealing a policeman's hat, and pled guilty!

The story of the burgh court began in 1846, when Helensburgh Town Council obtained a Police Act. They then acquired what had been a theatre on the corner of Sinclair Street and East Princes Street for use as the Municipal Buildings, Police Station and Police Court.

For several decades the councillors met in the converted orchestra pit and boxes. The ground floor which had been the stage became the police office with adjoining cells.

On Sundays the main part of the hall was used by religious groups who did not yet have a church.

Once, as the preacher delivered the Holy Word with devout eloquence, his monologue was stopped by a cry from the cells: "O! Will ye no let me oot; let me oot o' this awfu' pit? Will nane listen to me? O! Whit have I dune tae be cast inta darkness? Let me oot; let me oot."

The current buildings were designed and built by a noted architect, John Honeyman, in 1878 on the site of the old town hall and theatre. The building was extended eastwards along East Princes Street as the railway station buildings were attached in 1899.

In 1906 the building was extended northwards up Sinclair Street and included the Police Office and the Fire Station, both entered from Sinclair Street. One result of this arrangement was that traffic had to halt whenever there was a fire and the fire engine emerged from behind the red doors.

A new police station was built on East King Street some 30 years ago, and the Fire Brigade moved to a new and less inconvenient site on South King Street.

In its heyday, the Burgh Police Court was presided over by either the Provost or one of the two Bailies. The Town Clerk acted as clerk to the court, and a local solicitor held the appointment of Burgh Prosecutor. The Council Officer acted as Court Officer.

In the 1960s, the court sat once a week, unless someone had been arrested and spent the night in the police cells, in which case a custody hearing was arranged in the morning to decide on continued detention pending a further hearing, or bail.

As the more serious offences were heard in the Sheriff Court in Dumbarton, the town court dealt mainly with breaches of the peace, very minor assaults and thefts, parking, parking without lights, and committing a nuisance — which was always described as "to the annoyance of" someone, usually a police officer.

Thanks to the Royal Navy's very high profile Provost Marshal unit, very few Faslane sailors appeared in the court, and when one did, he would be accompanied by an officer who knew him.

On one occasion in the 1970s this led to an extraordinary altercation. When one matelot was found guilty of an offence by a Bailie, the young junior officer took exception to the decision and launched a broadside at the lady magistrate. It was all very embarrassing, but was eventually resolved with an apology.

Other cases around that time included a local man being jailed for 60 days for ‘loitering with intent' at Braeholm Maternity Hospital, another man being fined for failing to keep records while driving a town firm's delivery van, and a third admitting to the theft of two typewriter ribbons and 57 elastic bands.