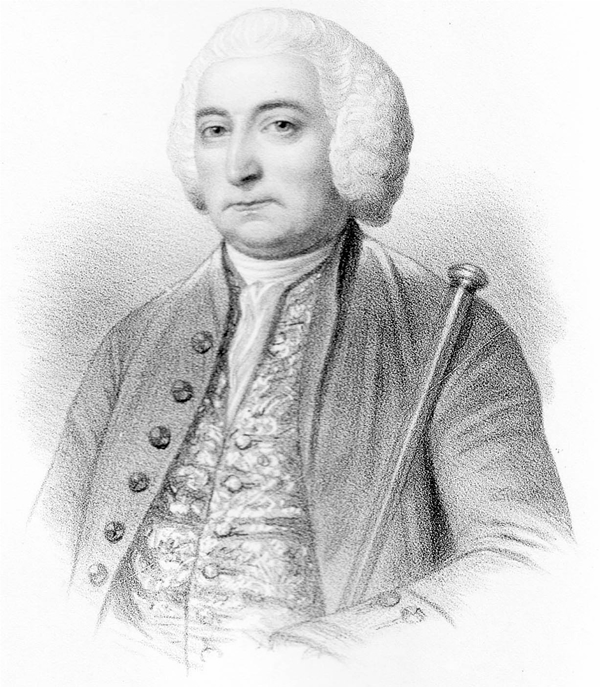 In the “Glasgow Journal” on 11th January 1776 the following advertisement was published:

“NOTICE — To be feued immediately, for building upon, at a very reasonable rate, a considerable piece of ground upon the shore of Malig, opposite Greenock.

“The land lies on both sides of the road leading from Dumbarton to the Kirk of Row. The ground will be regularly laid out for houses and gardens, to be built according to a plan, &c. There is a freestone quarry on the ground.

“For the accommodation of the feuars, the proprietor is to enclose a large field for grazing their milk cows.

“Bonnet-makers, stocking, linen, and woollen weavers, will meet with proper encouragement. There is a large boat building at the place for ferrying men and horses with chaises.”

Sir James Colquhoun of Luss (pictured) responded to the idea and bought the land from Sir John Shaw of Greenock. The town plans were laid and for some time it was known as Muleig or the New Town until it was decided to honour Sir James’s wife Helen and call the town Helensburgh.

Sites were large and the broad streets were laid out in a grid pattern. Later, flowering trees were planted on the verges and to this day the town is transformed in the Spring with their blossom.

By 1794, however, only seventeen houses had been built and it was not until 28th July 1802 that the town was created a free burgh of barony by Royal Charter.