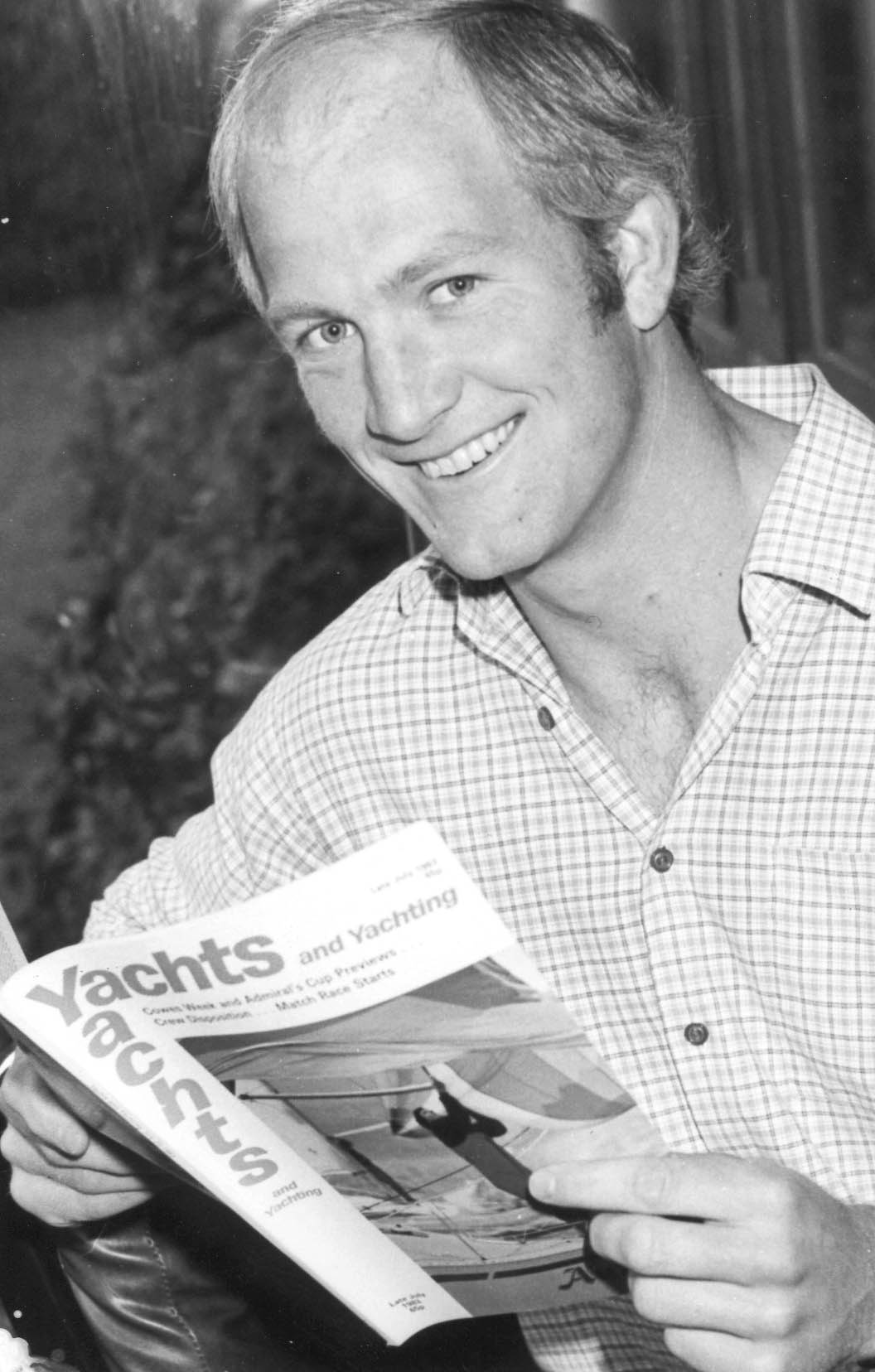 It happened in September 1988 on the Suyong Bay at Pusan at the Games in Seoul, Korea, and it was an unexpected triumph for burgh man Mike McIntyre.

Four years earlier, after over six years of training, he sailed a Finn class dinghy at the Los Angeles Games and was considered a real medal hope for Britain as he was that year’s European champion in the class.

However he only managed seventh place, which was a big disappointment to him, although he was then made an honorary life member of Helensburgh Sailing Club.

The 6ft 3 ins former Hermitage Academy pupil, whose family moved to the town when he was ten, gave considerable thought to whether to continue pursuing his Olympic dream, and a year before Seoul he swopped to the two man Star class keelboat with English crewman Bryn Vaile.

Winning a medal was touch and go. Going into the last of the seven race series they were in fourth place.

Said a jubilant Mike afterwards: “We didn’t think about the other competitors at all, because the only way we could get gold was to win the race.

“We finally managed to get a good start. We knew how well we were doing and how fast we were going, but we didn’t know that our main rivals, the Americans, had broken their mast.

“We went to Seoul not expecting to win, but our luck was in. It was extremely wild out there, with huge waves and lots of wind.”

The phone rang at his home in the village of West Dean in Wiltshire at 6.40 a.m. The call was unexpected, and his wife Caroline, who is from Cardross, woke to hear that he had won the gold.

“I am terribly excited,” she said at the time, “and his parents at home in Helensburgh are over the moon.

“The waiting was not so bad this time. Last time I expected him to win, but this time it was a little more unexpected. I think he learned a lot of valuable lessons at the Los Angeles Games which paid off in Seoul. 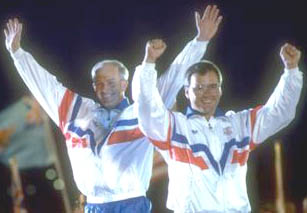 “They did it all on their own. It was a real amateur gold as both Mike and Bryn worked full time right up to the day they left.”

Soon after Helensburgh Sailing Club Commodore Howard Morrison and eight other members made the journey south to attend a celebration party in the local pub in West Dean.

Said Howard: “I can remember that when he was young, Mike sailed an Enterprise and 505s with his brother Peter. He used to crew for Peter, but then they changed over. He started sailing at the age of ten.”

A man of many sporting talents, Mike was Scottish Schools under 12 backstroke swimming champion, and also keen rugby player. To this day he is Honorary Commodore of Helensburgh Sailing Club and still sails under its burgee.

Now living with his wife and family close to Hayling Island Sailing Club, in which he is very involved, 51 year-old Mike has maintained his interest in both sailing and the Olympic movement, serving for a time as chairman of the Royal Yachting Association’s Olympic steering group.

His mother died in 2006, his father lives in Rhu, and his brother Peter is in London. His last visit back to Helensburgh was in October 2007, when he attended a Hermitage Academy reunion.