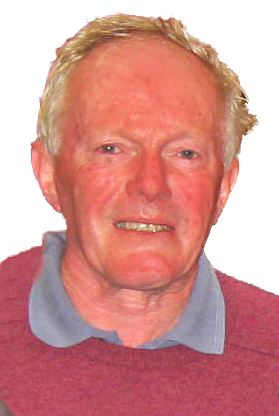 NOT many competitors are still active and successful in their sport 49 years after they began . . . but a Helensburgh sailing enthusiast proved in May 2009 that age is no bar to title glory.

Donald McLaren and his crew won the overall Sigma 33 United Kingdom class championship at the Brewin Dolphin Scottish Series on Loch Fyne — his first major title since 1972.The road to the Tarbert triumph, with three 1sts, one 2nd and three 4ths, began when he started sailing in 1960.

“My first major win was as Enterprise Scottish champion at Helensburgh in 1962 — my photograph graces the front cover of Helensburgh Sailing Club’s 21st Birthday booklet — and I won that title again in 1966 and 1972 in the days when there were 50-60 Enterprises turning out for such events,” he recalls.

“I never did quite so well in national championships, though I was in contention on a number of occasions. But I never matched Bill Carlaw’s fame with the City of Glasgow Trophy in the Enterprise Nationals here in 1964!”

After the Enterprise he had a 5-0-5, then a Fireball, then he moved into keelboats with a Sonata in 1981. He bought his current Sigma 33, Sigmatic, in 1991 and has competed ever since — towing it back to his burgh garden for each winter.

“I have enjoyed ongoing one design racing over all that period, though for many years — with the proliferation of classes — club-level racing has progressively moved to handicap-based,” he says.

“I have raced on the Solent, at Cork, Dun Laoghaire, and Bangor; at Newport Rhode Island, and in Hong Kong, plus a race with Terence Brownrigg from Las Palmas to St Lucia.”

He has also been a key administrator in the sport, and has been secretary and treasurer of the Clyde Yacht Clubs Association, of which he is a past chairman, since 1999. In this role he was responsible for introducing computers and then websites.

Other posts have included secretary of the Scottish Enterprise fleet and of the Sigma 33 Scotland and Northern Ireland fleet, secretary and then Commodore of Helensburgh Sailing Club, and chairman of the East Patch Racing Committee.

He said: “This latter status helps the Helensburgh club to bid for major championship events such as the Topper Nationwide, which will attract over 150 dinghies to the town this October.”

His success at Tarbert came with a crew which included his daughter Katie, now Mrs Littlefield, and they won by a distance through consistent racing and no major mishaps, although there were a few minor problems.

“The worst was a loop of spinnaker sheet which was pulled through the genoa sheet block, jamming everything solid for 10 minutes in 30+ knots of breeze,” he said.

“Very fortunately, the crew’s heroic efforts managed to free it just in time for us to tack to the finish — failing which we would have been in trouble.”

There was a time when Donald reported on local sailing in the Helensburgh Advertiser.

For several years the then IBM Greenock executive wrote a weekly column under the pen name of ‘Transom View’, pulling no punches in accurate and critical reporting. At the time many club members tried to find out who Transom View was, but with no success.