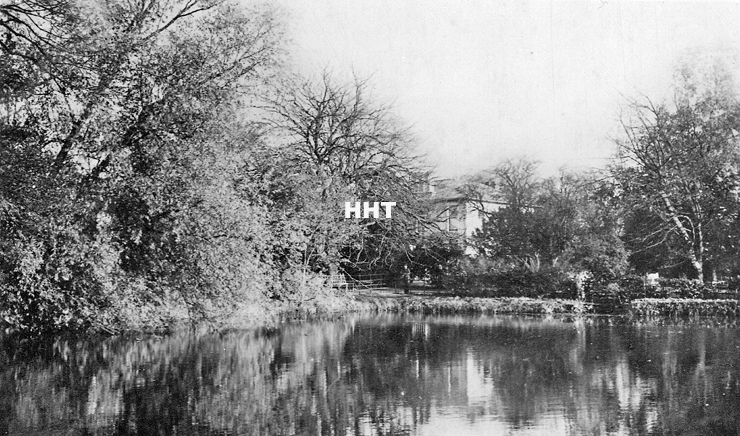 ONE of the oldest relics of Helensburgh’s history can be found in Hermitage Park, at the rear of the Victoria Halls — yet surprisingly little is known about it.

It is the remains of the Millig Mill, a corn mill thought to have been in operation from the early 1700s, and known at that time as the Malig Mill. Helensburgh itself was alternatively known as Milnliggs, Malig, Millig or Milligs.

Jim Chestnut’s picture of what remains of the old mill shows three dates, the earliest of which is 1726, and in those days it serviced seven nearby farms. Part of the mill wheel can still be seen.

On the shore at the foot of Sinclair Street at that time was a large and ugly building known as the Granary, which was a malt barn facilitating grain being brought in or taken out by boat.

The first miller of whom there is a record was 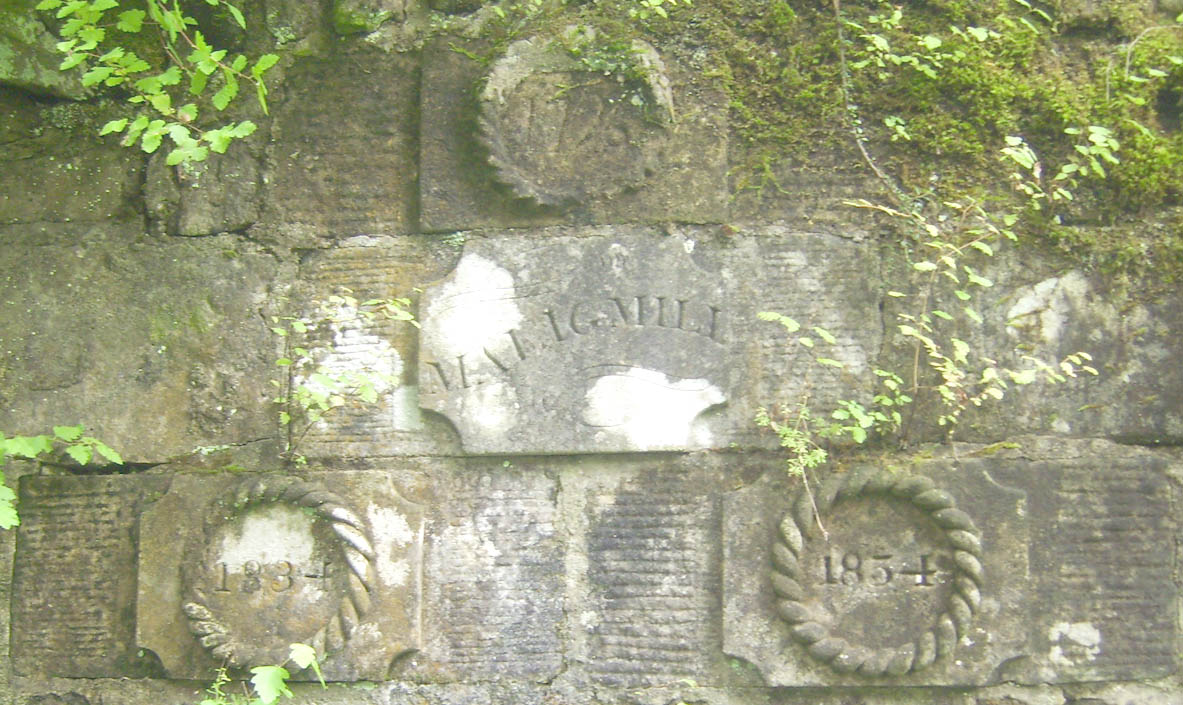 Jim, who is the webmaster of this website, has spent considerable time trying to find out more about the mill’s history, and what follows is what he has discovered.

The rudimentary village which was the forerunner of the town was called Milligs, a name which belongs to the heartland of the later town.

The name in its earliest form was “Milnliggs”, and therefore the miln or mill was the core of Helensburgh.

In the 17th century the mill was an £8 land of Auld Extent, an old Scots land term, now largely meaningless, and belonged to the Macaulays. The mill is one of only two buildings shown on a map — compiled from Blaeu’s Atlas published in 1662 — in a book called “The River Clyde & the Clyde Burghs” by Sir James D.Marwick.

The decay of the Macaulay clan set in at the end of the century and in 1705 its lands were sold off to Sir John Schaw of Greenock, including the mill and mill lands. In 1752 Sir James Colquhoun of Luss, the eighth baronet, b

ought from the daughter of Sir John the lands on which he was to build Helensburgh, including what was then called Mallig’s Mill.

The remains of the mill have three date motifs. The first is 1726, which may mark an original building. It might be that when Robert Lennox, of 3 Colquhoun Street, a maltster (preparer of malt for brewing), took over the mill there may have been renovations, resulting in the second motif with the date 1834.

In the late 1800s there seems to have been living quarters on the site, so perhaps the third date motif of 1854 was another alteration, adding in the accommodation.

Certainly the owners appeared to live elsewhere in the town, with the miller residing at the mill. At one point other people lived at the mill address, and the old maps show a number of buildings.

Above the mill a dam, or lade, was created to supply the power to the mill. A sluice joined the dam to the mill and sluice gates controlled the flow of water.

This dam is long gone, and the bowling green and tennis court are where the dam was. Old maps show the mill layout as well as the dam, and it is stated that the mill building was in Mill Glen, which suggests that it was lower than the dam — making the most likely style of waterwheel what was called an overshoot wheel, when the water would go over the waterwheel.

Since nothing significant remains of the building, it is unclear whether the waterwheel was within the walls of the mill, or attached to the side. 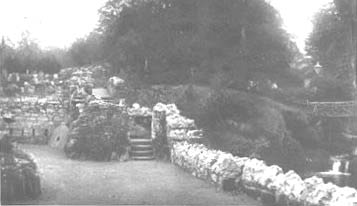 It is known that on October 8 1919 Sir Iain Colquhoun of Luss gifted the mill, dam and ground to the south-east to the Town Council, and at that time the mill was still intact.

The Helensburgh and Gareloch Times of 7th June 1922 has a notice on the front page about the demolition of Malig Mill and offering some of the stones from the buildings for sale for the sum of 15 shillings per cart or 10 shillings per ton where they lay on the site.

Just below this notice is one calling on “all persons who have not yet lodged claims against the estate of the late John Brown, Farmer & Merchant,” to do so. A John Brown is listed as the last occupier of the mill, so presumably they are one and the same.

The Helensburgh & Gareloch Times of July 22nd 1922 reports that “. . . the removal of the unsightly Malig Mill is progressing slowly”.

Also in that edition it is noted that the bridges over the burn at Hermitage Park would shortly require overhaul, and the council had agreed to replace the existing footbridge over the mill-lade, north of the dam, by a concrete bridge and rail.

By 1923 the mill is not listed in the Helensburgh Directory, and there is a postcard dated around 1929 showing the remains of the mill as a rock garden (above). A 1938 map still shows the mill dam. 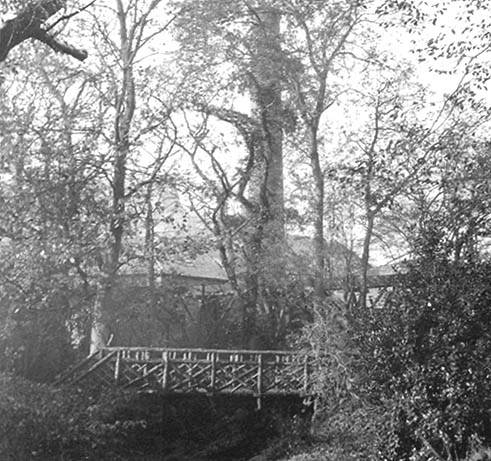 Two pictures of the mill have been found.

One was taken from the top of the St Columba Church tower in 1903 for a Valentine’s of Dundee postcard, and part of it is reproduced at the top of this article by kind permission of St Andrews University, where the original is kept.

The other was taken from the east side of Hermitage Park, showing the chimney and buildings through the trees.

Of the second picture Jim Chestnut says: “Running from right to left is the sluice. This makes this, as I thought, an overshoot waterwheel.

“It’s probable wishful thinking, but that area above the right hand side of the bridge has a sort of blurry, circular look about it — like a waterwheel turning.”

There is also a motoring connection. R.MacFarlane & Son ran the mill site for a number of years, and in the 1911-12 Helensburgh Directory they are also listed as having a motor garage at the same address, 86 Sinclair Street.

A planning application in 1912 indicated that the left hand side of the main building had a hay store to the rear and a grain store to the front. There were three adjacent buildings, a Motor and Coachhouse, a Motorhouse, and a Coachhouse. The application was for a stable to be added to the end of the grain store.

The house at 76 Sinclair Street was built in 1842 at a cost of £250 for then mill manager Duncan Macfarlane on land obtained from Sir Iain Colquhoun with the condition that it was built of stone. It is indeed well built with very thick walls, and at one time had three families living in it, including a cobbler who lived with his family in a back bedroom.