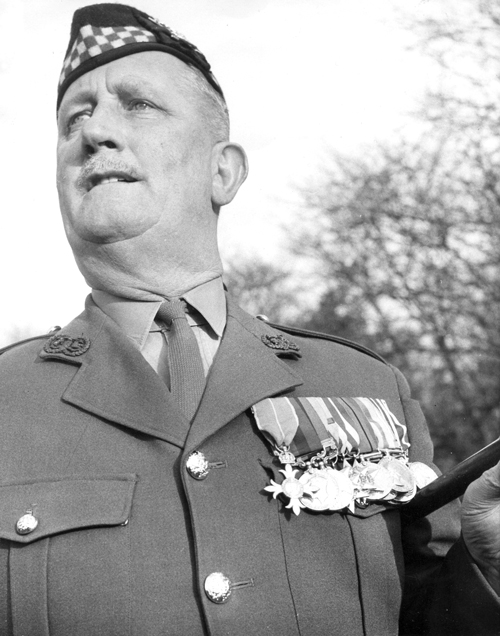 ONE of the most bemedalled soldiers in the British Army was married to a Helensburgh woman and lived in the burgh for nearly 20 years after retiring from the army.

Regimental Sergeant Major Richard Thomas Boyde, MBE, DCM, of The Argyll and Sutherland Highlanders, retired from the regiment on December 13 1966 at the age of 54 and after 33 years service.

“I was born and brought up in Woodhead Cottage, Camis Eskan, and that is where we moved back to after my husband retired,” his widow Cathy, who now lives in Colgrain, says.

“We lived abroad for most of the years while he was in the army, and I wanted to come home.”

His Distinguished Conduct Medal was won while serving with the 7th Argylls at the Rhine Crossings in March 1945.

As part of the 154 Brigade of the 51st Highland Division, the 7th had the German village of Bienen, north west of Dusseldorf, as one of their objectives. At that time Company Sergeant Major, he won the DCM for his bravery in the storming of the strongly held farm of Rosau, on the way to the village 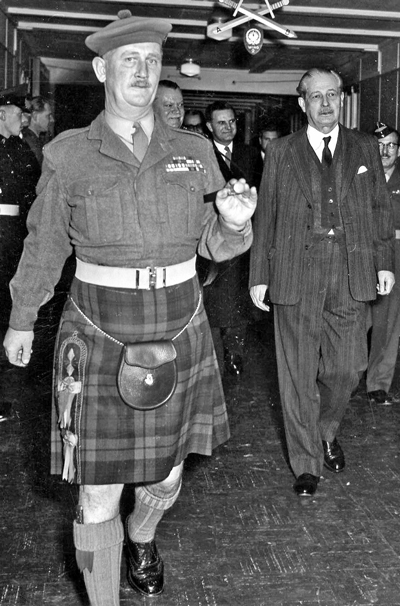 After the end of World War Two, he served in Hong Kong, Korea, where he was the RSM of the 1st Argylls, and British Guyana before returning to the United Kingdom in 1954.

For the next three years he was RSM at the Regimental Depot at Stirling Castle.

For his final three years service he was Weapons Training Officer and Sports Officer in Rheindahlen, the headquarters of the British Army of the Rhine.

While serving at SHAPE Paddy often came into contact with the legendary Field Marshal Bernard Montgomery, and there was little doubt that the Argyll was one of Monty's favourites.

A colleague also observed: "When he served in the Soviet Zone with the British Military Mission, the Russians respected few men as they did Paddy Boyde of the Argylls." 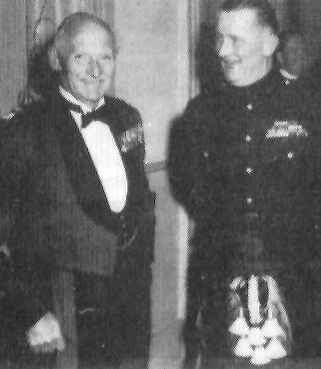 The Collection of Music for the Bagpipe by the well known and respected composer Pipe Major Donald MacLeod includes a march he composed in tribute, with the title RSM Boyde MBE DCM.

After his retirement he worked for the Customs and Excise in Dumbarton, and he died in Helensburgh in 1986 at the age of 74.

The couple met, Cathy said, in her aunt’s pub in Hamilton, where she was helping out. “Paddy came in for a pint, and we started talking,” she said.

Their son John lives in the town, and their daughter Kay lives in Glasgow. His uniform top and medals are on display at the Regimental Museum at Stirling Castle.

The picture (above left) shows Paddy with Prime Minister the Rt Hon Harold Macmillan on a visit to Supreme Headquarters Allied Powers Europe, near Paris, on December 22 1959. He was welcomed by General Lauris Norstad, Supreme Allied Commander Europe, and met senior officials and members of the families of British personnel at SHAPE.

Paddy is also pictured (above right) with Field Marshal Montgomery at SHAPE.