A HELENSBURGH man was the top Scottish flying ace of the First World War.

Major John Ingles Gilmour had 39 ‘victories’ to his credit — in other words he shot down 39 German aircraft.

He was born on June 26 1896 at High Mayfield, 23 East Montrose Street, the son of tobacco merchant John James Gilmour and his wife, Isabella Inglis, who had married in Glasgow in 1891

He began his military career as an officer in the Argyll and Sutherland Highlanders, but it is not known if he saw active service as an infantryman.

It was quite common for foot soldiers to become pilot candidates, and he joined the Royal Flying Corps in December 1915 and was assigned to 27 Squadron.

They were equipped with single seater Martinsyde G.100 fighter aircraft (pictured above), commonly called the Elephant because it was large and ungainly. It was too big, slow, and clumsy to be a successful fighter, and without a rear gunner, too defenceless to survive well in a ground attack or bombing role.

The pilot fired a Lewis machine gun mounted on the upper wing firing over the propeller arc, and a second one on the fuselage pointed toward the rear, and before they were withdrawn from service, 2nd Lieutenant Gilmour scored three victories though his primary duty was bombing.

On September 15 1916, with several other pilots, he destroyed an Albatros D.I. On the 24th, he destroyed a Fokker Eindekker; on the 26th, he drove another down out of control.

On May 26 the next year, he received the Military Cross for his prowess as a bombing formation leader. At this point, he was almost certainly still flying the Martinsyde.

The citation reads: “For conspicuous gallantry and devotion to duty in carrying out long-distance bomb raids. On one occasion, although his engine began to fail, he continued to lead his formation, and succeeded in bringing back most valuable information.”

After several months without a victory, he scored next flying a Sopwith Camel as a flight commander for 65 Squadron on December 18 1917. His two triumphs that day made him an ace. 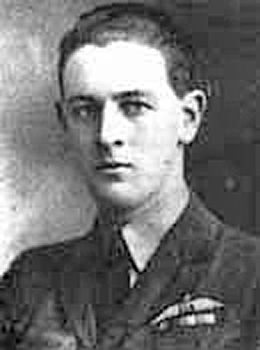 Now a Temporary Captain, he shot a triple on January 4, including one down in flames, and followed it up with number eight on January 9.

Single and double victories followed — two in February, one in March, seven in April, eight in May, four in June. By June 29, his total was 31 — all of them over France.

He was awarded a first bar to his MC, and the citation noted that he never hesitated to attack an enemy on sight. It continued: “His consistent dash and great fearlessness have been worthy of the highest praise.”

Two days later, he earned the Distinguished Service Order. On that evening, in a 45 minute span, he burned two Fokker D.VIIs and knocked another down out of control, set an Albatros D.V. on fire, and drove a Pfalz D.III out of the air.

The times on his combat reports show that these were five separate engagements — many times, aces reporting multiple victories scored on a single firing pass.

The citation reads: “He is a most inspiring patrol leader who has destroyed 23 enemy aircraft, and shot down eight others out of control. While leading an offensive patrol he shot down one enemy biplane in flames and drove down a second.

“A short time afterwards he, with four others, attacked about 40 enemy scouts. He himself destroyed one in the air, drove another out of control and a third in flames, successfully accounting for five enemy machines in one day.”

The next day he destroyed a Pfalz, and two the day after, and these were his final successes.

In the end, his victory record showed that he had one balloon destroyed, one enemy aircraft captured, 24 aircraft destroyed, three shared destroyed, and 10 claimed 'out of control'. Eight of the destroyed craft had gone down in flames, as had the balloon.

On August 3 1918, he was awarded the DSO. On September 16, he was gazetted for his second bar to his MC. This time the citation read: “For conspicuous gallantry and devotion to duty in his leadership of offensive patrols.

“This officer has lately successfully engaged seven enemy machines, destroying five and shooting down two out of control. He has done splendid service.”

He was promoted to major and transferred to Italy to command 28 Squadron, but did not add further victories.

His victory list made him the leading ace of the 13 aces in 65 Squadron, and he ranks no.30 in the list of First World War aces of all nationalities — a list led by the legendary German pilot, Manfred Freiherr von Richthofen, with 80 aerial kills.

After the war, he served briefly as air attaché in Rome in July 1919, then transferred to the Middle East to join a former Royal Naval Air Service unit, 216 Squadron.

He died on February 24 1928, having committed suicide by cyanide poisoning. His death certificate describes him as of being of independent means but unsound mind.

There is no mention of his parents in the 1920-21 Helensburgh Directory, so his family may have left the town before then.