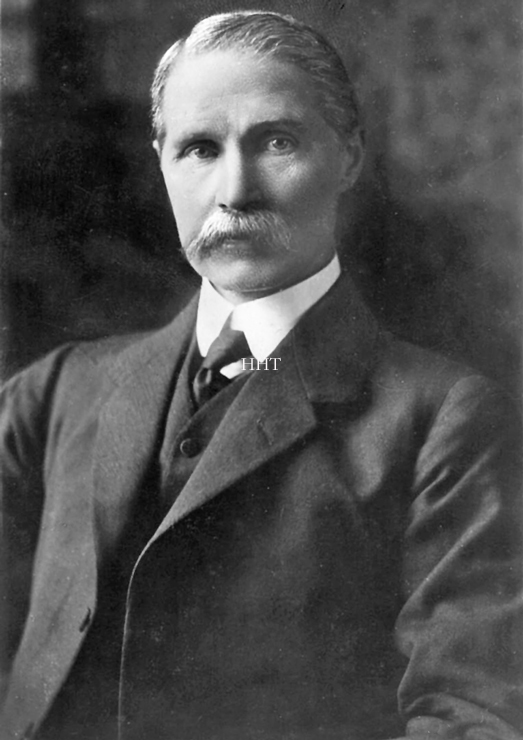 HELENSBURGH has always prided itself that a Prime Minister came from the burgh, despite the fact that he is known as “The Unknown Prime Minister”.

A Conservative, Bonar Law occupied 10 Downing Street for just 209 days in 1922-23, succeeding the much better known Liberal, David Lloyd George, who had served from 1916-22.

A man of endearing modesty — who once said “if I am a great man, then a good many great men of history are frauds” — he was a popular Prime Minister until ill health forced him to retire in May 1923, and he died six months later.

The Andrew Bonar Law story began in Rexton, a small village in eastern New Brunswick, Canada, where he was born, the youngest of five children, and he also had two younger half-sisters.

His father, the Rev James Law, was a Scottish Free Church minister, his mother Elizabeth a member of the Kidston family of rich merchant bankers which has played such an important part in Helensburgh’s history.

Tragedy struck for the first of several times in his life when his mother died in childbirth when he was only two.

He worked as a boy on his father’s smallholding until, at the age of 12, he went to live with his mother’s Kidston cousins in Helensburgh, where their family home was the now demolished Ferniegair.

Educated at Gilbertfield School, Hamilton, and for three years at the High School of Glasgow, he left school at 16 and went to work in the family merchant bank, where he remained for 11 years, and also attended Glasgow University night classes which gave him an interest in politics and debating. He learnt debating skills at the Glasgow Parliamentary Debating Association.

At the age of 27 he was a man of simple tastes, a Sunday School teacher and voracious reader who enjoyed tennis, golf, chess and those great pastimes of students, billiards and darts, and served on the first committee of Helensburgh Golf Club and was one of the founding members of Helensburgh Lawn Tennis Club.

At the same time he was trying to make his fortune as a partner in a Glasgow firm of iron merchants, William Jacks & Co., Mr Jacks being a neighbour in Helensburgh. For the next 14 years he prospered as a member of the ‘iron ring’, a group of financiers who bought gold and sold pig iron speculating on future price changes.

In due course an inheritance from one of the Kidstons gave him financial independence, and he went into politics.

He entered parliament in 1900 at the age of 42, in the midst of the Boer War, as Conservative and Liberal Unionist MP for Glasgow Blackfriars and Hutchesontown, acquiring a reputation for honesty, fearlessness, and effective speaking — so much so that only two years later he was appointed Parliamentary Secretary to the Board of Trade.

A Liberal landslide in 1906 cost him his Glasgow seat to Scotland’s first Labour MP, George Barnes, but later that year he won a by-election in Dulwich — where Maggie Thatcher now lives in retirement. Three years later came his second sad loss.

Back in 1890 he had met a dark-haired, brown-eyed Dumbarton shipbroker’s daughter called Anne Pitcairn Robley, who was considered a local beauty, and he fell in love at once. They were married in Helensburgh West Free Church on March 24 1891 by the Rev William Leitch, then set off for a honeymoon in Paris. He was 32 and she was 24. 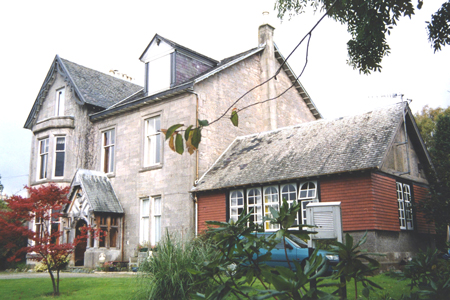 They set up home in Seabank, a house beside the now closed Clyde Centre, which had originally belonged to his aunt, Janet Kidston, but on the death of Annie’s father Harrington Robley they bought his house Kintillo (left) in Suffolk Street — then entered from West Stafford Street — and he employed famous architect William Leiper to add a billiard room.

They sold the house in 1909, moving to London because the pressure of commuting was becoming too much.

They had a very happy marriage, and Annie, after losing their first child stillborn, brought up a family of six children before she died suddenly after the move to London at the age of 42, collapsing after apparently recovering from a gall bladder operation. It was a shattering blow to Bonar Law, and he was distraught.

Her popularity was shown when many hundreds paid their respects as the funeral procession passed by on its way from Ferniegair to the church and then the cemetery.

Nevertheless he continued his political career, with his sister Mary looking after the children, and in 1911 he won the leadership of the Conservative Party as a compromise candidate, gaining the powerful support of fellow Canadian and Daily Express owner William Maxwell Aitken, later Lord Beaverbrook.

He focussed most of his attention on the tariff issue, and also furiously opposed Irish Home Rule.

At the outbreak of the First World War, he offered the Liberal Government the support of his party in a coalition government, which was formed in 1915. He worked closely with the Liberals and developed such admiration for Lloyd George that he even declined the premiership in favour of him.

He was given senior positions in the War Cabinet and became Chancellor of the Exchequer, working well with the leader in a successful political partnership, and this helped the coalition to be re-elected in a landslide following the Armistice.

But the fates had been unkind to the Bonar Law family again, and he lost his two eldest sons fighting in the war in 1917.

On April 19 his second son, Second Lieutenant Charles Law of the 2nd Battalion of the King’s Own Scottish Borderers, was reported missing following the battle of Gaza. On September 21 his eldest son, Captain James Kidston Law of the 60th Squadron of the Royal Flying Corps, died after his plane was shot down in combat in France.

He wanted time to recover from these blows, and he resigned as Leader of the House and Conservative leader. But in the 1918 General Election he returned to Glasgow and was elected member for Glasgow Central.

Other Conservatives were also enthralled with Lloyd George and were considering leaving to join a new party Lloyd George was planning to form. This roused Bonar Law, and he made a crucial and decisive speech at the Conservative Carlton Club which changed their minds and saved the party.

He persuaded them to end the coalition, thus forcing Lloyd George to resign — whereupon King George V invited Bonar Law to form a new administration. He became Prime Minister at the age of 64 years and 37 days.

He proposed what he called a ‘Tranquility Manifesto’ in an attempt to help Britain recover from war damage, but he himself, a teetotaller but heavy pipe and cigar smoker, felt increasingly unwell and was diagnosed with throat cancer, forcing his resignation in May 1923 to be succeeded by Stanley Baldwin.

The shortest serving Prime Minister of the 20th century, he died six months later on October 23, leaving estate of £35,736 — a very large sum in those days.

He wanted to be buried in the family plot beside the north wall of Helensburgh Cemetery beside his wife and sons, but as he was Prime Minister the family agreed that the final resting place of his ashes should be the Nave in Westminster Abbey.

The Bonar Law political influence was not quite over, however. His fourth son Richard Kidston Law followed him into politics and the Conservative Party, serving as MP for South-West Hull, and in due course became the 1st Baron Coleraine — the third creation of that title — in 1954.

Comparatively unknown Andrew Bonar Law may have been — Herbert Asquith is believed to have said “It is fitting that we should have the Unknown Prime Minister by the side of the Unknown Soldier” — but he packed much into a life tinged with tragedy.