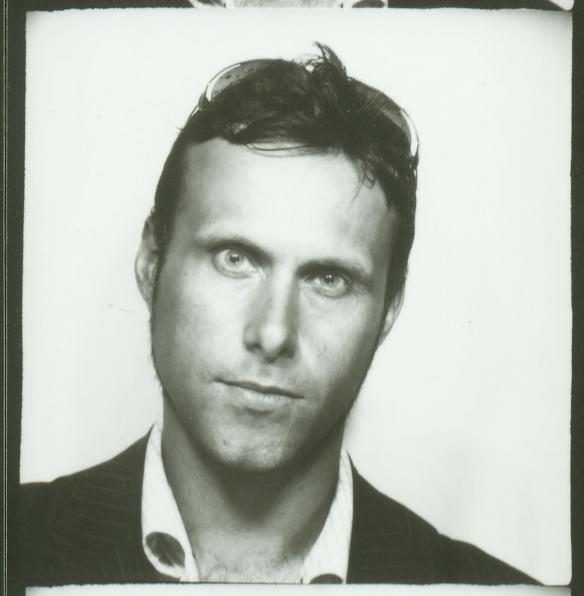 A HELENSBURGH man drew on his upbringing in the town when working on the film which won him a BAFTA in November 2006.

Writer and director Martin Smith, a former Hermitage Primary and Hermitage Academy pupil says that he was thrilled to accept the Russell Hunter Award for Best Short Film at the BAFTA Scotland awards ceremony in Glasgow for ‘Tracks’.

Shot on location in the central belt, ‘Tracks’ features non-actor children from Glasgow schools. It is a shocking story about the cruelty of children, and has been selected to screen at film festivals around the world.

“The idea for 'Tracks' came from many places, but principally from a couple of situations I witnessed as a kid,” he said.

“The first was hearing about a boy killing a cat in the fields near our house, and secondly some of my mates blowing up a dead cat on a railway line! The gaps in between were put together by stories from kids I have worked with and through the development process.

“I’m aware of how emotive a subject the mistreatment of animals is, and I’m also aware of the kind of psychological effect this can have on someone and the potential this has to lead to future violence, so overall it wasn’t a project I took on lightly.”

Martin, whose family moved to the town when he was five, considers that he owes a lot to teachers like Mr Skinner and Mr Fleming, both in the Academy art department, and geography teacher Mr Swanson. He is still in touch with many of his burgh friends.

“Apart from being in bands, I suppose I was just like everyone else in hanging around the arcades at night and by the waltzers in the summer, trying to avoid getting battered!” he recalls.

“We used to have some great sessions at our home in Helensburgh, and when I started photographing people, it was my mates who were my subject material. Then I started to make short films, and my friends were in them again.

“A lot of the scripts I write now are informed by those times. I guess living by the sea is something that comes back as a theme in my work, and also that whole small town atmosphere.”

After studying at film school, he worked on music videos, and has directed a lot of work for major record companies. In 2004 he directed a series of short films for Channel 4 on Edinburgh, seen through the eyes of Scottish painter John Bellany, boxing champion Alex Arthur and ‘Garbage’ vocalist Shirley Manson.

Now he has a feature film debut in his sights.