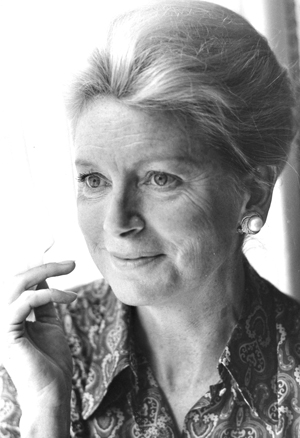 TV INVENTOR John Logie Baird peers out over the seafront at the foot of William Street in Helensburgh, Henry Bell has an obelisk at the foot of James Street, and his Comet artefacts have recently been restored to the East Bay grass after the Scottish Water works.

But the town does not mark the achievements of its two most famous film and theatre stars, Deborah Kerr and Jack Buchanan.

The general view is that Deborah has long been embraced by townsfolk as their very own film star.

But a huge fan from Hollywood paints a slightly different picture. Screenwriter Michael Russnow, who visited Helensburgh in 1997, says: “That is quite the opposite from what I'd previously heard from the town.

“That was from the librarian who'd never heard of her, even as he displayed a plaque honoring Jack Buchanan to the letter I received sheepishly from Scottish Screen indicating that they'd tried to honor Deborah with a plaque — alongside Jack — but the town ‘would have none of it’ because they said she was born in Glasgow.

“And that they'd actually insisted that a new plaque be commissioned to single Buchanan out and never honoured Deborah at all!

“What difference does it make if her parents had the good sense to have Deborah come into the world in a decent hospital a few miles away in Glasgow, a facility which, in 1921, I'm sure Helensburgh didn't have.

“The fact was that she came immediately back to your town and lived there for the first few years. Yet many did not want this lady honored as one of their own, even though the association with her honors the town a lot more than it ever did her.

“It's amazing how when you go around Europe or the States and there are plaques saying ‘George Washington slept here’, or — as I saw in Zurich once — ‘Benjamin Franklin stayed at this hotel’ that your town has been sinfully oblivious to the fact that one of the greatest British film stars ever started her life in your town . . . just because it was not in Helensburgh that she took her very first breath.” 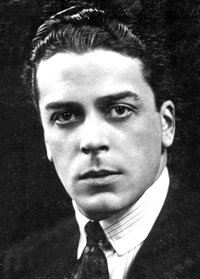 On his visit in 1997 Michael complained about the lack of local tributes, and met burgh man David Bruce of Scottish Screen, at that time called the Scottish Film Council. A plaque was organised which paid tribute to both Deborah and Jack.

David, who in 2009 received a lifetime achievement award in the Helensburgh Advertiser’s Community Spirit awards for his many years of work with Helensburgh Orchestral Society, gave the plaque to the library, but it is not on display.

“That's a rather different take on the Deborah saga — Helensburgh ignoring her because she was not born here! ” David says.

“But of course Michael is right that since her first home was here, she should be honoured accordingly. As I understand it — I wasn't involved in that particular episode — the reason that it was rejected was indeed that Buchanan fans wanted a plaque for him alone.”

Separately or together, Deborah Kerr and Jack Buchanan should be both treasured and honoured in the burgh.

The opportunity for that will certainly come if Helensburgh Heritage Trust ever achieves its aim of having a heritage centre in the town, and the trust already has a number of items relating to both which could be displayed.