MASSES of information is available about Helensburgh’s iconic film star Deborah Kerr . . . but few of her fans know much about the interesting life and tragic death of her young brother.

A bow tie-wearing journalist and TV news executive who covered the Aberfan disaster and many other important stories, Edmund ‘Ted’ Charles Trimmer died on August 23 2004 after a road rage incident.

Ted Trimmer was born in 1926 not long after his parents and big sister left Helensburgh, and grew up in a bungalow in Weston-Super-Mare. There he was often an extra in the plays his sister devised.

Deborah of course went into the theatre, and although Ted also took acting lessons after leaving Bristol Grammar School, he remained a keen amateur actor but chose journalism as a career, starting as a junior reporter on his local paper, the Weston Mercury.

He joined the Royal Air Force shortly before the end of the Second World War and returned to journalism on the Evening World, later renamed the Bristol Evening Post.

In the fifties Fleet Street beckoned and he worked for the Daily Express as a sub-editor and then the pictorial magazine Illustrated. But the growth of television, and TV news in particular, signalled the end of most of these magazines.

In 1958 Ted returned to Bristol to join the fledgling ITV station Television for Wales and the West — ‘TellyWelly’, as he called it.

His interest in pictures made him a television natural and by 1963 he had become Head of News at the station, which was later to become Harlech Television.

Among other stories, Ted was involved in the coverage of the tragedy at Aberfan in which 144 people, most of them children, were killed when a mountain of coal waste slid down and engulfed the village.

He moved to Birmingham in 1968, where he became programme organiser, and then deputy editor, of ATV Today. In 1976 he succeeded Bob Gillman, the man who had brought him to the Midlands, as editor of the daily news programme.

Later he became executive editor and, after Central Television took over the Midlands ITV franchise from ATV, he was appointed managing editor of news and current affairs.

He was instrumental in setting up the East Midlands news operation in Nottingham and the introduction of electronic news gathering into the company before he retired in 1989.

Press Gazette, the magazine of the UK newspaper industry, said in a tribute that colleagues of Ted remember a kind man with great skills as a journalist. He had a tremendous eye for detail and would leave no stone unturned and no fact unchecked.

A former TV sports executive, Gary Newbon, said that Ted, as programme producer, was a diplomat who brought out the best from people by kind and subtle persuasion.

After his retirement he continued to support his colleagues as an active member of their retirement club, running the overseas holidays. 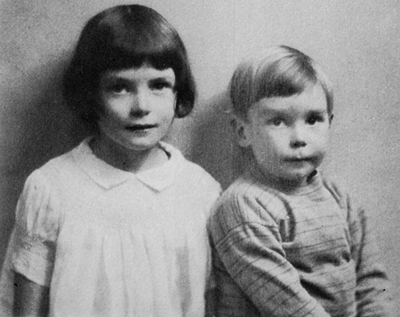 He suffered a heart attack early in 2004, but had made a strong recovery when his own death became a national story, not because of his own role as a regional TV news pioneer, nor even the violent circumstances in which he died, but because his big sister was Deborah Kerr.

He died in an incident involving another motorist, not far from his home at Kings Norton, Birmingham, on August 23. Soon after a man was charged with his murder.

It later emerged in court that Ted, who was 78, was shopping outside a post office near his home in West Heath, Birmingham, at lunchtime. He was seen arguing with a man and was punched in the face.

As he slumped to the road he suffered a serious head injury, and died a few hours later in hospital of a brain haemorrhage. His attacker drove away in a van.

A 55 year-old disabled man from Redditch, Worcestershire, later admitted a charge of manslaughter at Birmingham Crown Court and was sentenced to three and a half years in jail.

After initially denying it, he admitted punching Ted, shattering his jaw, in an entirely unprovoked attack after a wing mirror was knocked off his van.

The court accepted the manslaughter plea on the basis that the accused had been reckless in his actions rather than intending to cause really serious harm. The judge said that if he had not admitted it, the sentence would have been longer.

Ted was survived by his widow Kathy, whom he met while they worked at Central Television, daughter Kate, stepsons Andy and Robert, stepdaughter Anna and grandchildren Bethany and Ethan.