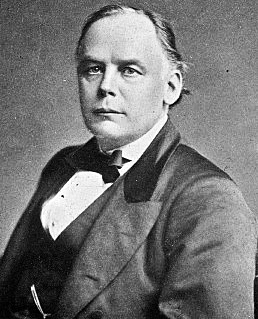 A VICTORIAN rebel who led a colourful and controversial life found the peace and quiet he longed for to recharge his batteries beside Loch Long.

The village of Portincaple was the regular holiday home of Charles Bradlaugh MP, who was born on September 23 1833 and died on January 30 1891.

A Londoner who left school at the age of 11 and became a clerk, he also served, like his father, as a Sunday School teacher. But he found inconsistencies between the Articles of Faith of the Anglican Church and what he read in the Bible.

This led to a row with vicar John Packer and then with his father, who banished him from the family home. Still in his teens he came under the care of Elizabeth Carlisle whose late husband Richard had been jailed for publishing radical politican Thomas Paine’s book ‘The  Age of Reason’.

Charles embraced the cause of atheism and later became co-founder of the National Secular Society.

At the age of 17 he joined the 7th Dragoon Guards, hoping to go to India but only getting as far as Dublin, so he left after a few years and became a well known radical writer and speaker.

In 1877 he and a close friend, social reformer Annie Besant, published a pamphlet on the topic of birth control — and found themselves charged with promoting an obscene publication, calculated to deprave or corrupt. They were found guilty, but the conviction was overturned on appeal on a technicality.

Three years later he was elected MP for Northampton, but as an atheist was unable to take the oath. This led to a debate on whether he should be allowed to take his seat, and after 90 minutes of discussion the vote was lost by 275-230.

He was then allowed to speak and eloquently put his case for 20 minutes, but the Speaker told him the decision stood.

“I refuse to obey the order of the House because that order is against the law,” he replied. Sir Stafford Northcote moved that he be imprisoned in the Clock Tower, and Prime Minister William Gladstone said this was the only logical consequence. 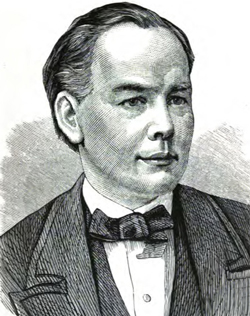 He was only held in custody briefly. After several days a resolution declaring the legal right of all persons to affirm when taking their seat was carried, but this was not followed through.

He made several attempts to take his seat, but it was declared vacant. A by-election was held four times, and each time he won. At last, with the arrival of a new Speaker in 1886, he was allowed to take his seat, after taking the oath.

He supported Home Rule for Ireland, was a fierce Republican, and supported trade unionism and votes for women.

The Porticaple connection has been researched by local historian and Helensburgh Heritage Trust director Alistair McIntyre, who established that he first stayed in the village in 1884, lodging in Ferry House — sometimes known as Portincaple House — which was the home of fisherman and ferryman Finlay McNab and his family.

He loved the peace and tranquillity, and the warm hospitality.

His daughter, Mrs Hypatia Bradlaugh Bonner, wrote: “On nearly all my father’s fishing expeditions, Finlay McNab was his boatman. They would go off just after breakfast, sometimes even earlier, get dinner at Carrick Castle or Ardentinny, and come home at sunset with a big bag of fish.”

While the family returned every summer, Charles loved the place so much that he came back alone three or four more times each year to fish and be looked after by Mrs McNab.

The local paper of those days was the Helensburgh and Gareloch Times, and it regularly reported on his visits.

On one occasion it stated: “Both he and his daughters were distinguished for their kindly consideration to the household in which they made their temporary Scottish home, and they were scrupulously tidy.”

One local political concern he shared was the daily dumping in Loch Long of sewage from Glasgow and various towns. 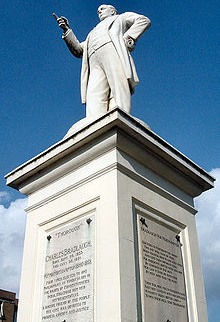 In 1888 questions were asked in the House of Commons, with the request that the deeper water off Garroch Head be used.

Alistair said: “Some results were achieved, but the dumping from Greenock and Port Glasgow continued for several years after the death of Bradlaugh.

“It was not until 1895 that the Board of Trade agreed not to dump waste from these places to the north of Cove.”

Socialist politician Harry Snell wrote of him in 1936: “Taking him all in all, as man, orator, as leader of unpopular causes, and as an incorruptable public figure, he was the most imposing human being I have ever known, and I do not expect to look upon his like again.

"Like a prodigal, he threw away with both hands the energies of a precious life, and he died, exhausted, at the early age of 57.”

There is a statue of him in Northampton (pictured right), several features, including a pub and a nature reserve, bear his name, and his birthday is remembered annually.