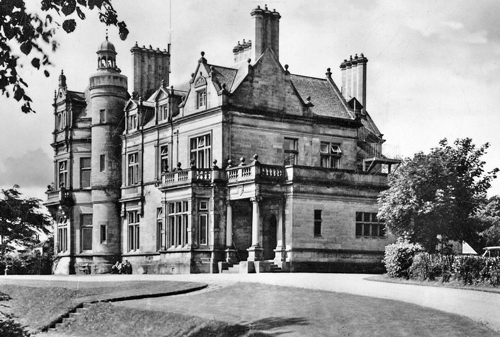 ONE of the sadder sights on Helensburgh seafront is the magnificent mansion Cairndhu boarded up and starting to deterioriate.

Hopefully a new use will be found for this former home, wartime degaussing base, hotel and then care home, as it a gem well worth preserving.

It was built in 1871 by famous Helensburgh architect William Leiper for John Ure, a prosperous 47 year-old Glasgow flour millar and merchant who was the first chairman of the Committee of Health for the City of Glasgow and who had been a driving force in regulating and improving sanitary conditions in the city.

Nine years later he became Lord Provost of Glasgow and served a three-year term, the highlight of which came on October 6 1883 when he laid the foundation stone for the City Chambers in George Square.

Some 600,000 spectators watched a trades march of skilled workers from the city’s heavy industries and civic and masonic procession converge in the Square for the ceremony.

Mr Ure and his wife Isabella — whose Glasgow-born grand-daughter Mary Ure became a famous film and stage star — made it their family home, and he lived there until his death in 1901. In 1896 he was made an honorary LL.D. by Glasgow University.

Their second son Alexander grew up there, attended Larchfield Academy, and became an advocate. He was elected Liberal MP for Linlithgow at the general election in 1895 and represented the constituency until his elevation to the bench in 1913.

From 1905 to 1909 he was Solicitor General for Scotland, before succeeding Lord Shaw as Lord Advocate and becoming a member of the Privy Council.

The death sentence was commuted, but the verdict was widely considered dubious. Sir Arthur Conan Doyle was among those who believed in Slater’s innocence and campaigned for his freedom, and finally in July 1928, after Slater was freed, the High Court of Justiciary quashed his conviction.

In 1913 Alexander Ure (below left) succeeded Lord Dunedin as Lord Justice General for Scotland and Lord President of the Court of Session, and in 1914 he was raised to the peerage under the title of Baron Strathclyde of Sandyford, County Lanark. 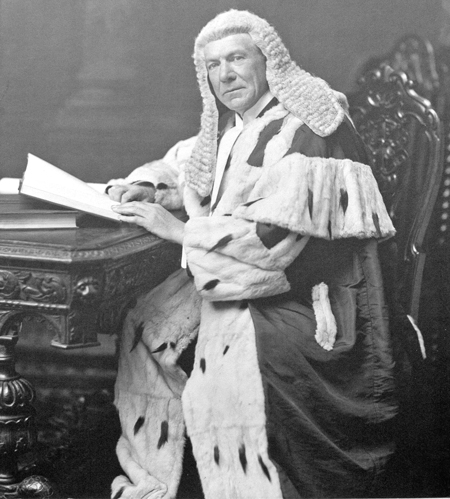 After his distinguished legal career was ended by ill health he retired to Cairndhu in 1920 and died there in 1928, some three months after Slater’s conviction was quashed.

The mansion remained a private home until the Second World War. In September 1940 it was requisitioned by the Royal Navy and became home to part of HMS Vernon, along with neighbouring Ardencaple Castle.

It was given the name HMS Revlis, also the name of a motor yacht used in the Gareloch and the Clyde, and was the base for degaussing operations.

In 1947 Cairndhu was returned to private ownership and was bought by Graham and Mary Cooper.

The Coopers were a well-known family in Helensburgh, and played a prominent part in local life, being especially active in sport.

Graham was a founder member of Craighelen Tennis Club, and it was there that he met his future wife, Mary Williamson — the first young couple to meet and marry through the club. He was also a badminton player, and went on to become president of Helensburgh and District Badminton League in 1951.

Graham had a successful career as a farmer, having from the mid-1920's had the tenancy of a large sheep farm in Glen Douglas, High and Low Craggan. He managed this from his home in Helensburgh, making weekly visits but entrusting the day-to-day running of the business to his two shepherds.

His plan was to convert the house for use as a hotel, but he faced a titanic battle before the necessary permission for change of use was finally granted late in 1950.

The couple ran Cairndhu Hotel as a successful family-run concern for at least a decade, and then it was sold on. In the mid-1960's, it was purchased by Rhu Hotels Ltd., and they submitted ambitious plans to develop Cairndhu in a quite different direction.

Permission was sought and obtained to demolish the Victorian structure and erect a new hotel in its place. But in addition, they wanted to build a garage and filling station in the grounds, and also planned three five-storey blocks of flats.

However they were refused permission for the garage and flats, and after a planning inquiry the then Secretary of State for Scotland upheld the refusal in May 1966.

Fortunately, the mansion was not demolished, and in 1971 the property again changed hands, this time for £60,000. Its use as a hotel continued until around 1984, when the doors were closed.

A new chapter began in 1993, when the mansion re-opened as Cairndhu House Nursing Home, and this use continued until closure in 2010. Now many have expressed concern about its future, and Helensburgh Community Council is monitoring the situation.