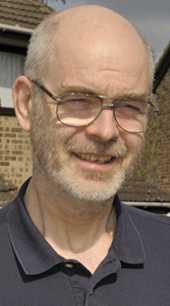 MEMBERS of Helensburgh Heritage Trust were among those who attended a talk in the Victoria Hall on Tuesday May 17 by the executive director of the Railway Heritage Trust.

Andy Savage, who is based at Euston Station in London, was undertaking a small tour of Scottish stations and agreed to meet with some members of Helensburgh and Gareloch Horticultural Society and Helensburgh Model Railway Club to give a presentation about the history and function of the Railway Heritage Trust.

He started by explaining how Britain had led the way in railway development, and how famous engineers such as Stephenson and Brunel had been involved.

This had left Britain with a vast heritage of railway structures, including stations, bridges, signal boxes and engine sheds, some still in use, but others not.

He showed many slides, often before and after, of the changes that the Railway Heritage Trust had made in reviving structures which had been allowed to become dilapidated. He also explained the role of the Trust and its funding.

Andy joined the Trust at the start of 2010. Prior to that he was Deputy Chief Inspector of the Rail Accident Investigation Branch of the Department for Transport, following a long career in railway civil engineering and, more recently, contractor safety.

He has had a long involvement in railway heritage, and in the building aspects of it, with a particular involvement in the Ffestiniog and Welsh Highland Railways.