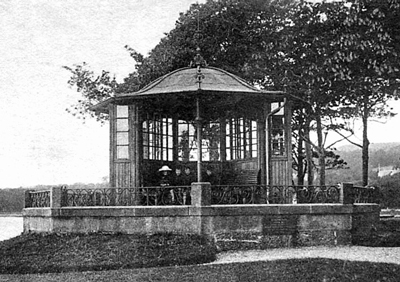 THE announcement of plans to restore the bandstand on Helensburgh seafront at Kidston Park is good news from a heritage perspective.

Whatever the pros and cons of the controversial housing development at nearby Cumberland Avenue, the bandstand project is a significant ‘planning gain’ which will be welcomed by local people and visitors alike.

Kidston Park was formerly named Cairndhu Point, and was known locally as Neddy’s Point after a well known fisherman and ferryman who lived in a cottage on the point.

On it stood the original Ardencaple Coaching Inn, stone from which was used by the Duke of Argyll to build what is now the Ardencaple Hotel.

In 1874 William Kidston became involved with saving as an open space the piece of land then known as Neddy's Point. It has been written that a "well-known local artist of worldwide fame" had decided he wished to acquire the point and build himself a villa. 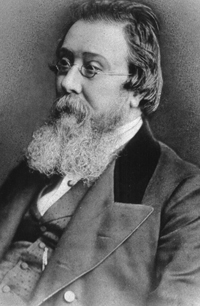 Kidston organised a subscription, supported by himself, Sir James Colquhoun and Provost Breingan, to acquire the land from the Duke of Argyll and lay it out as a park.

The cost was £552 — £320 per acre, or £790 per hectare — and it included the rights to the foreshore and the mussel beds, but the Duke retained the right to land at the jetty from and embark to the Castle of Rosneath. The deal was completed in 1877, and it became a public park.

A local writer, though full of praise for the new park, thought it rather small. William Kidston offered a subscription of a further £500 to add to the land, but nothing further was done.

Mr Kidston made financial provision for the maintenance of the park, and in 1889 the name was changed to Kidston Park. How it now came to be known as Kidston Park is not clear, as there is correspondence showing that Sir James Colquhoun wrote that, in his view, the park should not bear the name of any of the contributors.

A plaque on the wall of what remains of the bandstand records that the park opened in 1877 — “chiefly the gift of William Kidston Esq of Ferniegair” — but it is not certain if that was the year the bandstand was built.

The park and bandstand were both much used, and the boys bands from the Training Ships Cumberland and then Empress, which were moored off the point, played there regularly.

Also not known is when the bandstand was taken down, but it was believed to be in 1940 to help the Second World War effort. Two years later the gates and fencing at the Victoria Hall met the same fate.

The man behind the new project is Tony Dance, who was responsible for the huge project to replace the Victoria Hall gates and fencing in 2006.

The Clynder man, husband of Councillor Vivien Dance, is a working pattern maker and steam railway enthusiast, and has a close relationship with Ballantines iron foundry at Bo’ness.

Tony said that developers Osbornes were looking for a project to benefit the community, and Perdita Paterson, wife of one of the directrors, suggested restoring the bandstand.

He said: “My background in pattern making and iron casting was well known to them and I was asked to research the original bandstand and come up with a workable plan.

“Naturally, Ballantines were my choice for the castings and I will work with them to produce the patterns required for the various cast items required.

“Helensburgh architect Lawrence Hill and I have worked up preliminary drawings for both the refurbishment of the stone and wrought iron work and the complete replacement of the bandstand structure.

“The roof structure will probably sit atop an octagonal steel ring beam which will be supported by eight decorative cast iron columns. The roof beams will be of teak recovered from Hermitage Academy before its recent demolition. 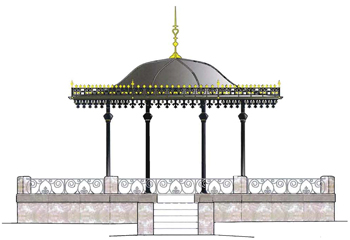 "I can just imagine the tens of thousands of kids who ran their hands over these rails in the stairwells, and this will be a fitting use for this timber.

“Use of lead in the structure would only encourage theft, so some form of zinc plated steel may be used. This will not detract from the overall appearance.

"Similarly, malleable iron will be used in all the castings as ordinary grey iron is too brittle.”

As with the Victoria Hall project, the original wrought iron work on the existing base will be replaced by local businessman Oliver Stratton, and the stonework will be dismantled and rebuilt where required.

Tony said that he hopes to start work on the detailed plans early in 2012.